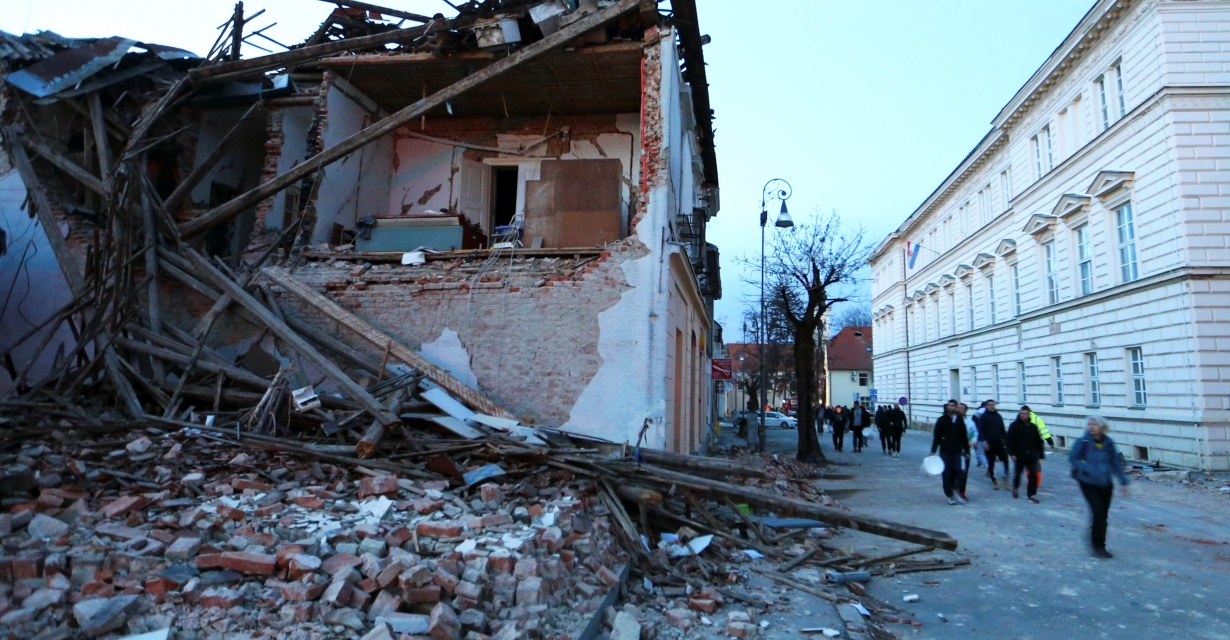 Rescuers pulled people from the rubble of collapsed buildings in Petrinja and other towns, and army troops were sent to the area to help.

Tremors were also felt in Croatia’s capital Zagreb and as far away as Austria’s capital Vienna. Slovenia shut its only nuclear power plant as a precaution.

It was the second quake to strike the area in two days.

The GFZ German Research Centre for Geosciences said it hit at 11:19 GMT at a depth of 10 km, with the epicentre in Petrinja, 50 km south of Zagreb.

“By now, in the vicinity of the town of Glina we have five fatalities. Together with a (12-year-old) girl from Petrinja there are altogether six dead,” Deputy Prime Minister Tomo Medved said while visiting Glina.

State news agency Hina, citing firefighters, later reported that a seventh victim had been found in the rubble of a church in the village of Zazina.

Police said at least 20 people were slightly injured and six more severely wounded in the temblor.

“The search through the rubble is continuing,” police said in a statement.

Throughout the day many aftershocks occurred measuring 3.0 magnitude or slightly stronger.

Tomislav Fabijanic, head of emergency medical services in Sisak, said many people were wounded in Petrinja and Sisak and their injuries included fractures and concussions.

Prime Minister Andrej Plenkovic, who rushed to Petrinja, said: “The army is here to help. We will have to move some people from Petrinja because it is unsafe to be here.”

The head of the hospital in Sisak said later it was treating 20 people, two with severe injuries.

The N1 television station showed footage of rescuers in Petrinja pulling a man and a child alive from the debris. Other footage showed a house with its roof caved in. The N1 reporter said she did not know if anyone was inside.

N1 also said a kindergarten was destroyed in the quake but that there were no children in it at the time. Piles of stone, brick and tiles littered Petrinja’s streets in the aftermath of the quake, and cars parked in the road were smashed by falling debris.

A worker who had been fixing a roof in a village outside Petrinja told N1 that the quake threw him to the ground. Nine of the 10 houses in the village were destroyed, he said.

The quake was also felt in Zagreb, where people rushed onto the streets, some of which were strewn with broken roof tiles and other debris.

Patients and medical staff were evacuated from Zagreb’s Sveti Duh Hospital, with many left sitting in chairs in the street wrapped in blankets.

In Austria’s second city Graz, about 200 km north of Petrinja, tall buildings wobbled for about two minutes, according to broadcaster ORF. In Carinthia province, about 300 km to the northwest of Petrinja, the earth trembled for several minutes and people described how their furniture, Christmas trees and lamps wobbled.

In Slovenia, the STA news agency said the country’s sole nuclear power plant, 100 km (60 miles) from the epicentre, was shut down as a precaution.

Croatia’s state news agency Hina said the quake was felt in a total of 12 countries.

Interior Minister Davor Bozinovic said Croatia was expecting help from the European Union as it had activated its emergency situation mechanism.

In March, a temblor of magnitude 5.3 rattled Zagreb, causing one death and injuring 27 people. 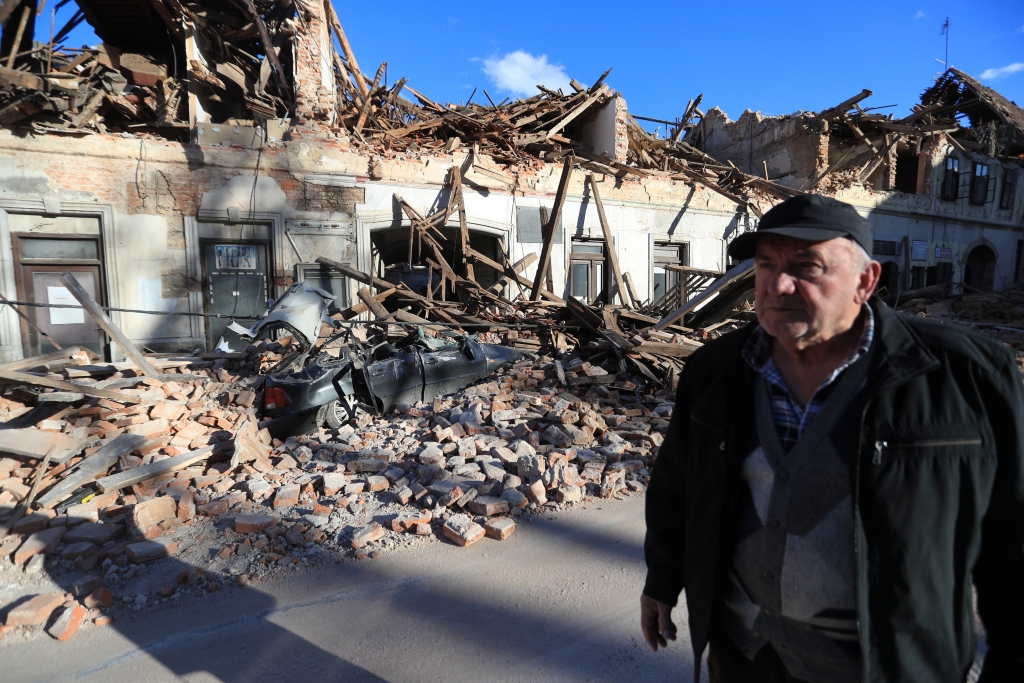 A man stands on a street next to destroyed houses on a street after an earthquake in Petrinja, Croatia December 29, 2020. REUTERS/ Slavko Midzor 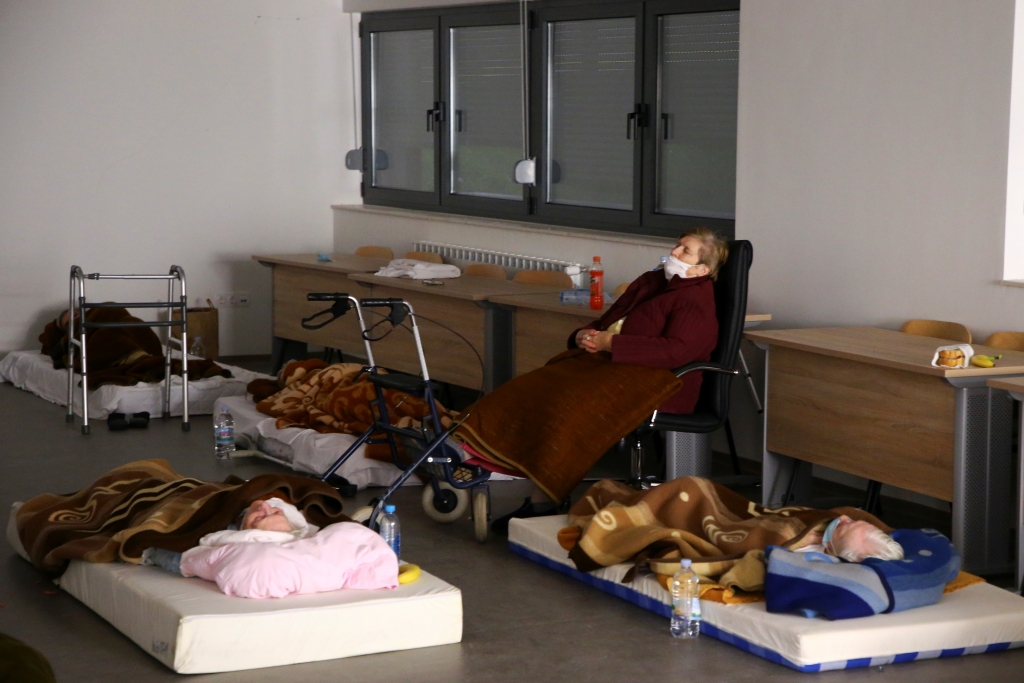 Displaced people sleep at a military base after an earthquake, in Petrinja, Croatia December 29, 2020. REUTERS/Antonio Bronic

People clean debris from a street after an earthquake, in Petrinja, Croatia December 29, 2020. REUTERS/Antonio Bronic 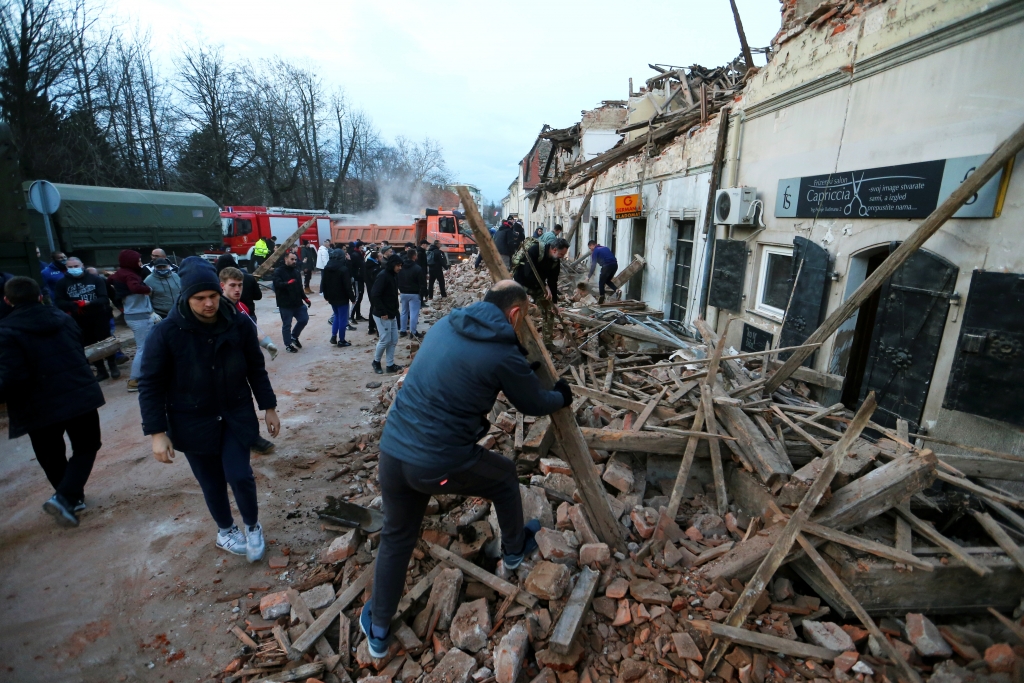 A destroyed car is seen on a street after an earthquake in Sisak, Croatia December 29, 2020. Slaven Branislav Babic/ via REUTERS 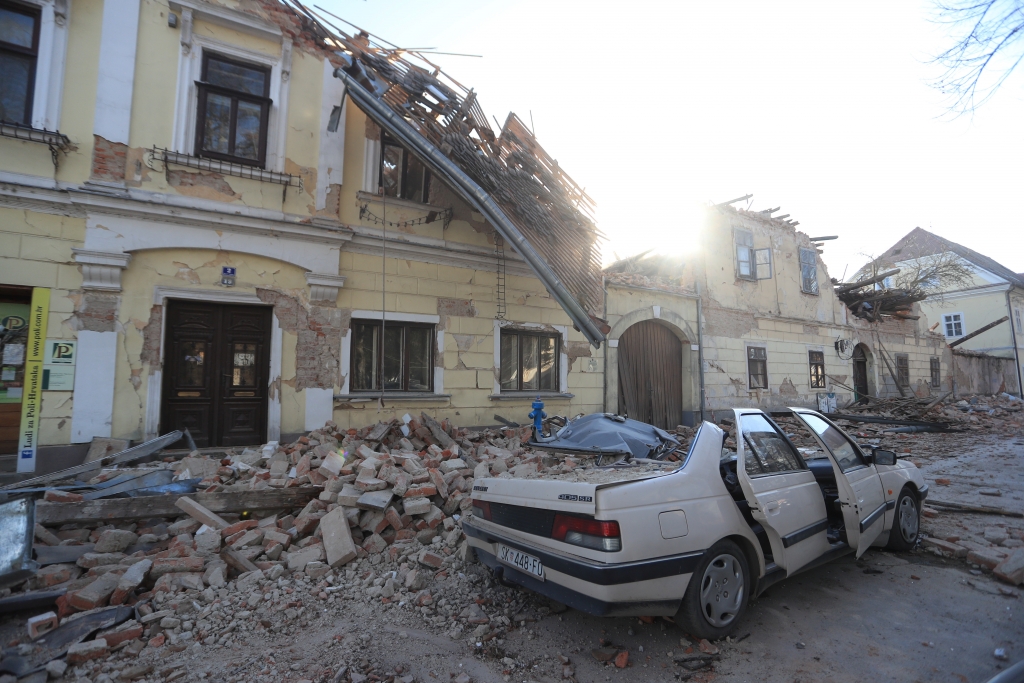 Destroyed houses and a car are seen on a street after an earthquake in Petrinja, Croatia December 29, 2020. Slavko Midzor/ via REUTERS