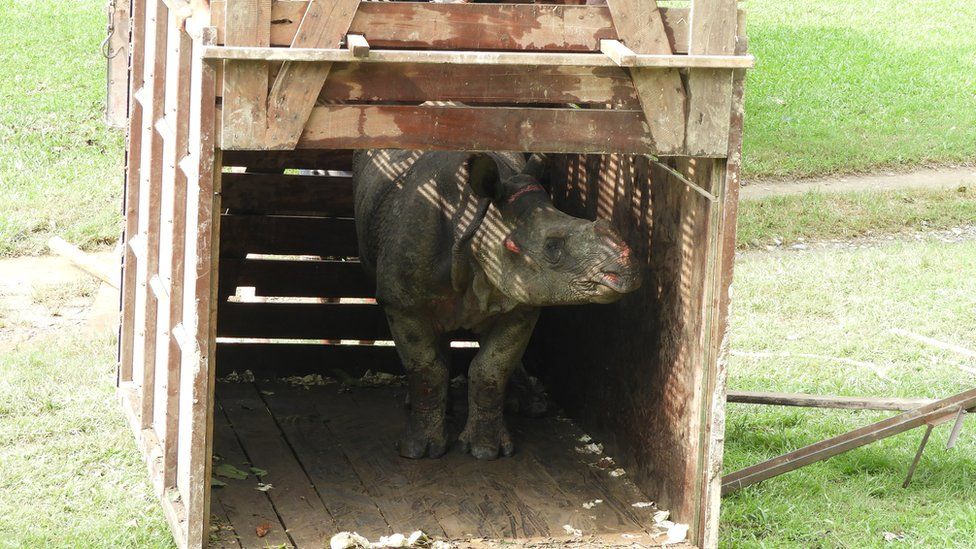 A rhinoceros that had reached India after being swept away by floods has been rescued and brought to Chitwan National Park.

The rhino was tranquilized using a dart and brought to Chitwan from the Vinay Triveni Rural Municipality-6, an area bordering the Indian side, on Monday.

Security personnel along with technical staff of the Park and National Nature Conservation Fund as well as six elephants were mobilized to bring the rhino home.

According to Senior Veterinarian of Chitwan National Park Dr Bijay Shrestha, the male rhinoceros is about seven to eight years old.

The rhino that reached India due to the floods had earlier come to Nepal on December 1. Nepali rhinoceros are said to be fond of sugarcane, vegetables and other food crops, hence the missing rhino was also seen in the Rural Municipality’s farm fields for a few days during the Tihar festival in search of food.

At that time however, the rhino fled to India while officials tried to take it under control, informed Shrestha. “This time we got lucky and were able to rescue it while it was strolling around the Nepali side of the borer,” said Shrestha.

According to the National Park’s information officer Ganesh Prasad Tiwari, the rhino will be released in the eastern part of the Park, where its population is comparatively negligible.

In 2017 and 2018, Nepal had brought home 10 rhinos from different parts of India after they were swept away by floods. 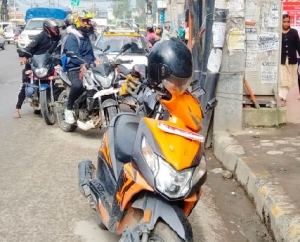