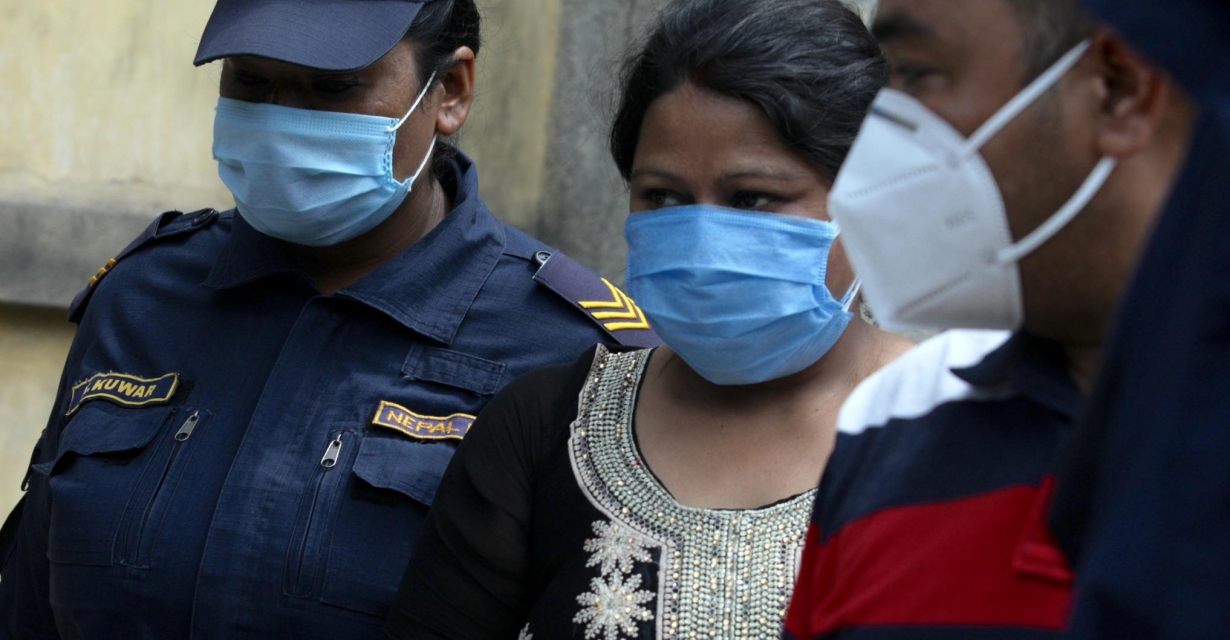 Police today made public a woman for her alleged involvement in the murder of Krishna Bahadur Bohora, whose dismembered torso was found packed in an abandoned suitcase at Gongabhu of Kathmandu on August 9.

37-year-old Kalpana Mudbhari Poudel, a Chitwan resident, has been arrested for her alleged involvement in the murder. Police also made public the weapons and other materials used in the killing as evidences at a press meet organized in Kathmandu today.

According to the preliminary investigation by police, Krishna had reached Kalpana’s rented room on Saturday and the duo had consumed alcohol together. Kalpana has confessed that she mixed sleeping pills on Krishna’s yogurt to make him unconscious.

After Krishna fell unconscious, Kalpana hit his genitalia with a hammer which killed him, informed the Metropolitan Crime Division, Kathmandu.

Police informed that Kalpana had then dismembered Krishna’s body, and packed his head and legs in a plastic bag while stuffing the torso in a suitcase so as to dispose the body. She had used kitchen knife to dismember Krishna’s body.

As per Kalpana’s confession, she killed Krishna because he had been sexually harassing her and her daughter. She has alleged that Krishna had also recently begun to harass her 15-year-old daughter.

It has been reported that Kalpana took the help of her daughter to dispose the dismembered body. Police have also arrested her daughter.

Police arrested Kalpana from her parents’ home, where she was hiding, in Tandi of Chitwan on Monday. Further investigation into the case is still underway, police informed.