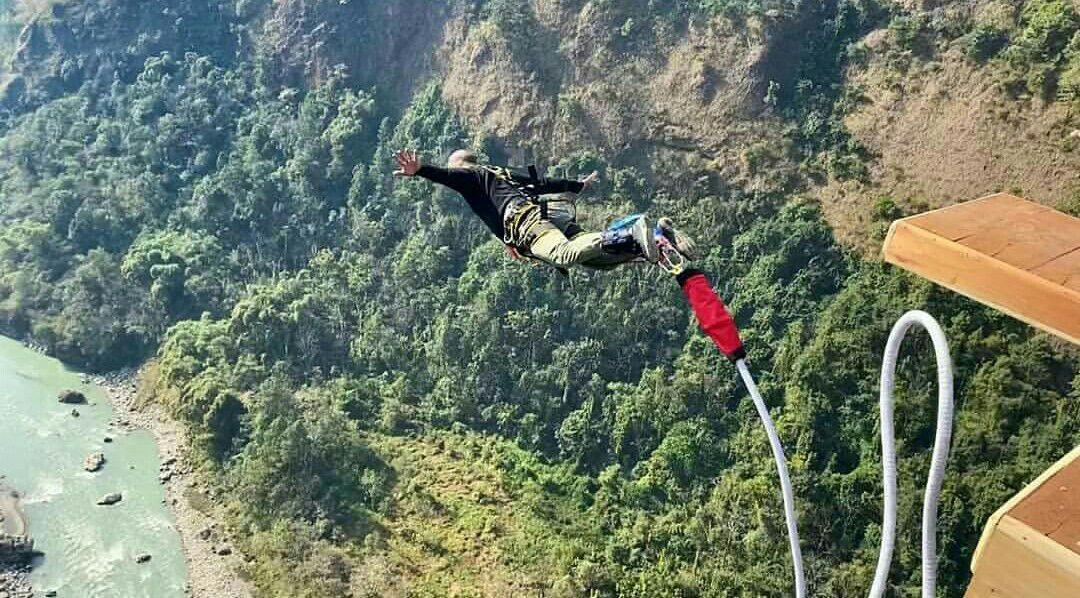 Cliffnepal is all set to begin operations of the world’s second highest bungee jumping site, with the height of 228 meters, in Kusma of Prabat from May, 2020. Cliffnepal tested the bungee jump and tandem swing services on January 3.

Bungee jumpers or canyon swing enthusiasts will get a chance to jump from the longest suspension bridge of the Nepal, the Kaligandaki Suspension Bridge which is 525 meters long. 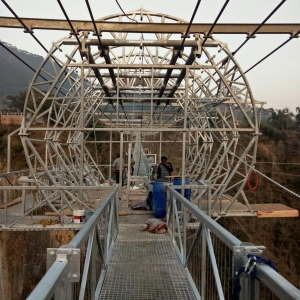 Though the estimated cost to construct the bridge initially stood at 20 crore rupees, it was completed at the cost of 12 crore rupees. This bridge is being built especially for bungee jumping with the coordination of Kusma residents.

Raju Karki, director of Cliffnepal as well as an adventure sports instructor said, “Though the highest bungee jump site is in Macau of China with the height of 233 meters, it is situated on the top of a building. Meanwhile, the site in Kusma is surrounded by nature and it is scenic.”

“We are also constructing a resort spread in 25 ropani land on the other side of the bridge to accommodate our guests. The resort will have 12 deluxe rooms and nine sharing rooms. The resort will have a restaurant, a bar and other amenities. Our team can cater to around 400-500 people at once for any event. It will be a three-star resort where our guests can mingle with nature,” Karki said.

“We are hopeful that this project will boost the economy. Earlier, there used to be only a few houses on the other side of the bridge. But with the construction of the bridge, more than a hundred new houses have been built and most of them are hotels, restaurants and cafés. People coming for a bungee jump experience will use the local transportation, consume local foods and use local services. This will add to the government’s revenue through taxes,” he said. 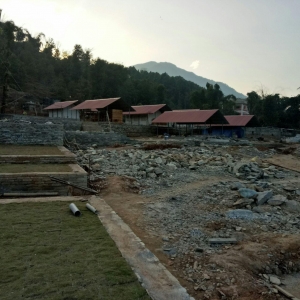 With tandem swing, Cliffnepal will also conduct sky cycling sport to become the first sky cycling location in Nepal. Sky cycling will be conducted above 248 meters from the river. A safety cable and harnesses will be attached while cycling to ensure people’s safety. Cliffnepal has assured that anyone who can pedal can perform sky cycling since the cycle will be adjusted to a track cable.

Bungee Jumping is an adventure sport first introduced in Nepal by ‘The Last Resort’ in Bhotekoshi, in 2001. Currently, there is only one bungee jumping location in Bhotekoshi and one tower jump in Hemja of Pokhara. 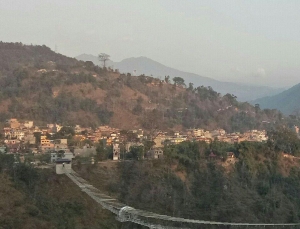 As per Nepal Tourism Statistics prepared by the Ministry of Culture, Tourism and Civil Aviation, a total of 75,217 tourists arrived Nepal in 2017 for expedition purposes and other adventurous activities. According to The Last Resort, almost the same number of international as well as domestic tourists visits the resort for bungee jumping each year.

Prakash Pradhan, safety instructor at Cliffnepal said, “I have worked as an instructor in many places including The Last Resort and Rishikesh in India, but the site in Kusma is on another level. The bungee jumping site can be a major attraction for tourists, especially, when Visit Nepal 2020 is at its peak. The scenery of Kaligandaki and well-trained crew as well as professional rescue experts are other plus points.”

In case of any mishap or untoward incidents, workers at Cliffnepal can claim full insurance whereas customers will have an insurance of five lakh rupees as per government’s policies.