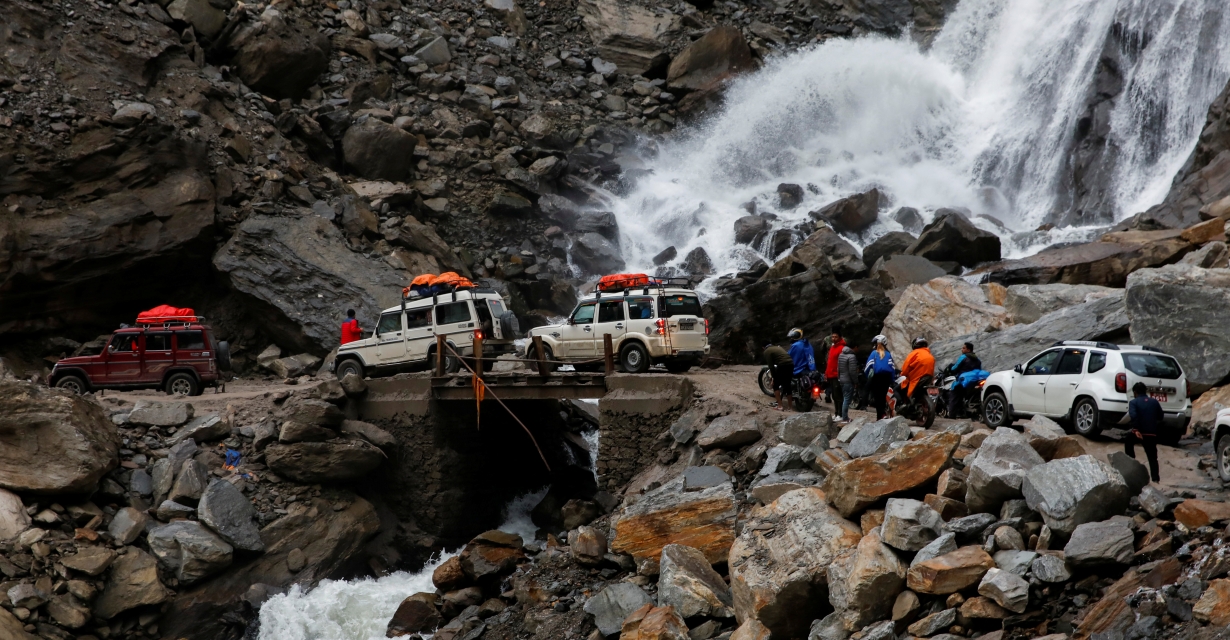 Vehicles get stuck at an area affected by landslide due to bad road conditions after three days of heavy rain at Myagdi, Nepal, October 20, 2021. REUTERS/Navesh Chitrakar
Nepal floods and landslides kill at least 77
Read Time: 3 minutes

Twenty-four deaths have been reported in the Panchthar district of east Nepal bordering India, 13 in neighbouring Ilam and 12 in Doti in west Nepal, interior ministry official Dil Kumar Tamang said. Others died elsewhere in west Nepal.

Minister of Home Affairs Balkrishna Khand informed mediapersons after Wednesday’s Cabinet meeting that the government would provide decided to provide Rs 300,000 to 500,000 to people displaced by floods and landslides to build their houses.

As much as Rs 500,000 would be provided to those displaced in the mountain region, Rs 400,000 to those in the hills, and Rs 300,000 for victims of floods and landslides in the Tarai region to build their houses.

If people displaced by floods and landslides don’t own land to build houses, they will get additional Rs 300,000 to purchase land. If the government cannot provide land to the displaced people, it will build houses for them, said Khand.

The government has also decided to pay an ex gratia amount of Rs 200,000 to the kin of a person killed in a natural disaster and additional Rs 100,000 for another death in the family.

About 350 km west of the capital Kathmandu, persistent heavy rains were hampering efforts to reach Seti, a village in west Nepal where 60 people have been marooned by floods for two days.

Television channels showed rice paddy crops submerged or washed away, and rivers sweeping away bridges, roads, houses and the runway of an airport in the city of Biratnagar.

Flash floods and landslides are common in Nepal during the monsoon season from mid-June through September. Authorities have warned of more rain in the next few days.

There are “chances of heavy rainfall in some places and light to moderate snowfall” in the eastern mountainous areas, the Department of Hydrology and Meteorology said in a forecast for the next two days.

As per the Department, the weather will improve today onwards as heavy rains have subsided.