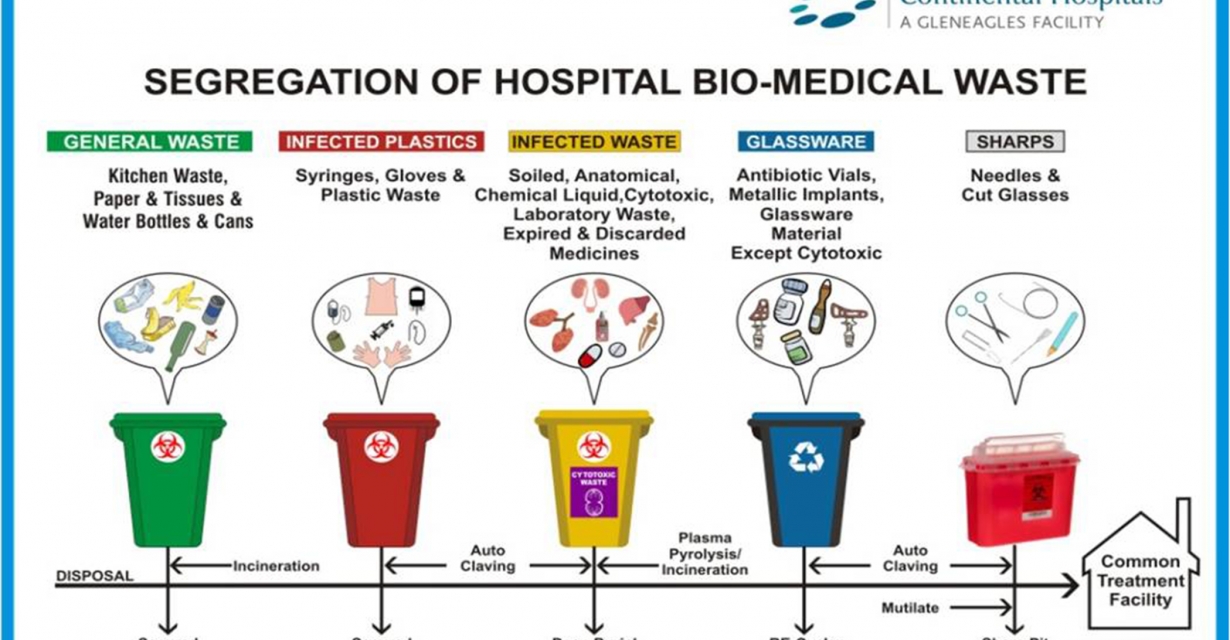 A hospital is the last resort of hope for sick people who expect to get better and heal. However, shortcoming on the part of the hospital staff and management could instead have an adverse effect on public health.

According to the annual health report published by the Department of Health Services in 2000/2001, there are 74 hospitals, 172 Primary Health Care Units, 710 Health Posts and 3132 Sub-health Post run by the government across Nepal. The number of healthcare institutions has certainly surged in the recent years. All healthcare facilities are required to follow the ‘National Health Care Waste Management Guidelines’ prepared by the National Health Research Council (NHRC).

However, not all hospitals are following the guidelines mainly because of the lack of budget, lack of orientation regarding medical waste management to waste handlers, and flimsy monitoring from the government.

Further fueling this concern are rag pickers and drug abusers who enter the hospital premises in search of discarded saline bottles, blood bags and used syringes. The World Health Organization has estimated that as many as 21 million people are suffering from hepatitis B, two million from hepatitis C and at least 260,000 from HIV infection due t the use of contaminated syringes.

NHRC also publicized a training manual in 2002 for health care professionals regarding healthcare waste management. However, medical experts say that the proper treatment and disposal of medical waste is largely dependent on its handlers; cleaning staff at healthcare facilities. They say that lower level staff are not trained or educated by respective institutes about proper management of hospital waste. Hence, giving way to lapses that could further invite environmental disasters.

A researcher at NHRC, on condition of anonymity, informed that things have improved to a significant extent in the past few years. “Earlier, health institutions did not even segregate medical waste, but now they do. Hospitals used to burn medical waste in the past, but now they segregate, sterilize and then dispose. In Province 1, it’s a common practice to segregate hospital waste and sterilize (autoclave) it before disposal. Hospitals and other healthcare institutions have not been able to fully follow the guidelines mostly because they have other things to take care of, including apt funding and human resource management,” said the researcher.

Not all hospitals in Nepal have autoclave devices, so they use traditional sterilization methods, including steam, ethylene oxide (EtO), ionizing radiation (gamma or E-beam), low-temperature steam and formaldehyde, and dry heat (hot air).

Dr Kedar Century, Executive Director at Bir Hospital said, “We used to have an ideal waste management system to sterilize and dispose hospital waste before the 2015 earthquake. But the earthquake damaged the building where we had installed the autoclave device and now we don’t have any space. The new building is currently being used to accommodate admitted patients.”

Dr Century added that lack of space has barred the hospital from following NHRC’s National Health Care Waste Management Guidelines and they are relying on traditional means of sterilization for the time being.

Management of medical waste at private hospitals is poorer as compared to government run hospitals for want of regular monitoring from authorities concerned. A report published by the Ministry of Health and Population shows that private hospitals continue to burn, bury and dispose hazardous immunization waste mixing it up with the municipal waste. 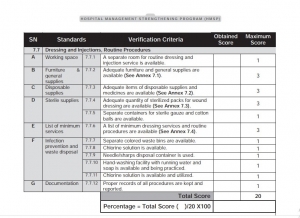 Another study carried out by Curative Service Division (CSD) of the Department of Health Services under the Ministry of Health and Population in 2019 states that majority of private hospitals are using residential buildings on rent and they are short of proper hazardous waste management systems.

The study further shows that though most private hospitals segregate medical waste they, however, send it to private waste management companies. This gives way for the private companies to mix it up with household waste. The chances of infection spreading in communities get high when harmful waste produced from hospitals is discarded without proper treatment.

Despite having guidelines and education, lapses are galore regarding hospital waste management in Kathmandu. Though government data show improvement, the ground reality stands in contrast. Finger pointing and blame game is an age-old practice in Nepal. However, proper training to cleaning staffers, strict implementation of the guidelines, timely monitoring, and accountability will most certainly improve the situation.