For those commuting the roads of Kathmandu, unpleasant sight and foul smell has been consistent for the past week. So it was a relief when municipality workers were seen collecting the heaps of piles of garbage dumped across Kathmandu district today morning. Unfortunately, the solution yet again is temporary, and just like the past three times in this year alone, we could again be met with such sore sights again. 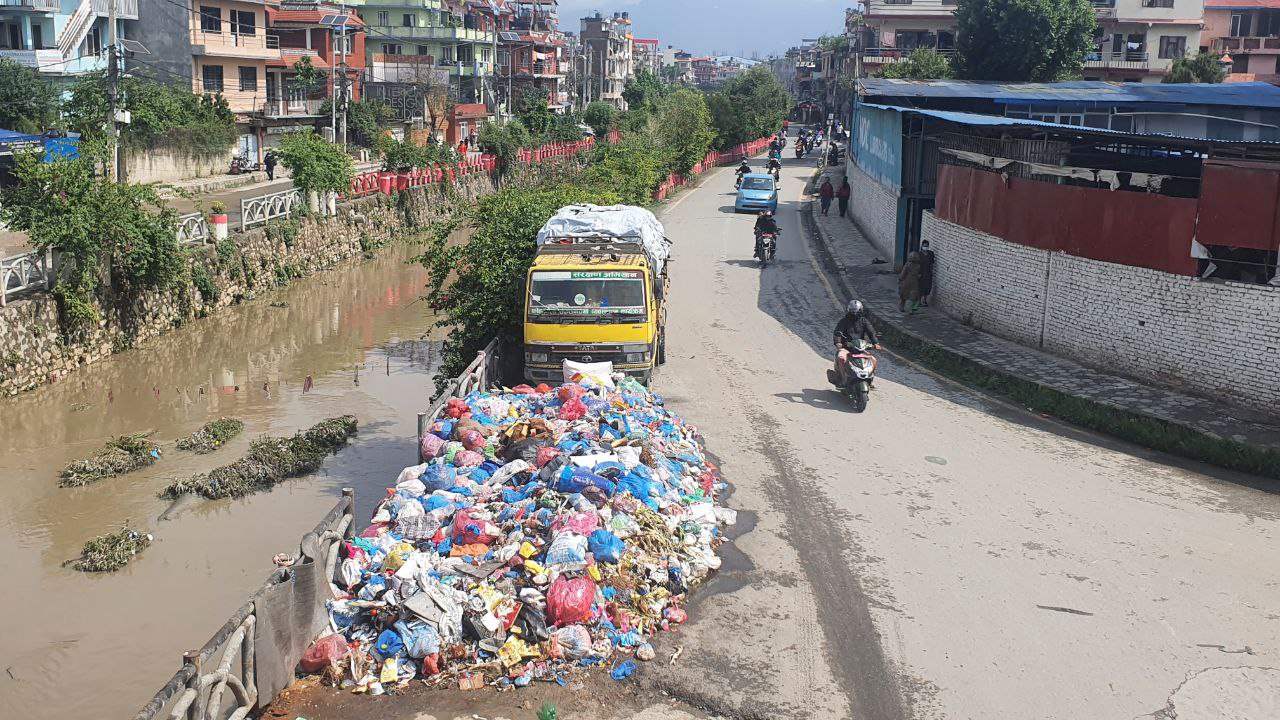 As local elections arrive, waste management in KMC is a top priority amongst almost all mayoral candidates of KMC – it was a priority in current mayor Bidhya Sundar Shakya’s manifesto as well. However, here we are, almost five years later – with solid waste management still one of KMC’s major challenges. To top it all off, KMC also receives and manages solid waste from Lalitpur and Bhaktapur districts of the valley at central collection points (the Teku transfer station along the banks of Bagmati River).

To understand the recurring nature of waste management in Kathmandu –  a major problem is that the landfill site is outside the three districts of Kathmandu Valley, in a place called Sisdol in Nuwakot district. Sisdol residents are unhappy, and have a few demands of their own – amongst which the repair of the Pasang Lhamu Highway along the Mudku-Tinpiple road segment is a priority. With their demand being overlooked time and again, they continue to obstruct vehicular movement along the stretch. The frequency of obstructions have increased in the past six months, and according to a Sisdole local, it is because they want to increase the pressure on authorities.

“For 13 years KMC has dumped its waste in Sisdole, and we have been demanding road upgradation for the past seven years. Now, with the Banchare Dada landfill site almost complete, Sisdole will be forgotten”, he said on the condition of anonymity.

However, with highway construction being under the jurisdiction of the federal government, there is little KMC can do in this aspect, except for maintaining dialogue and providing assurances to the agitated locals. “This time too, the solution is temporary” as per a KMC official.

Meanwhile, for Kathmandu residents, especially those who live near the informal waste dumping site continue to suffer the mismanagement. Rajiv Shrestha of Ratopul, whose house is right opposite to Dhobi Khola where a mountain of garbage is accumulated is irate. “Imagine living with this sight and smell. This has happened for the second time this year alone”, he shared. “Additionally, it has been raining since the past few days, making the situation worse”, he added.