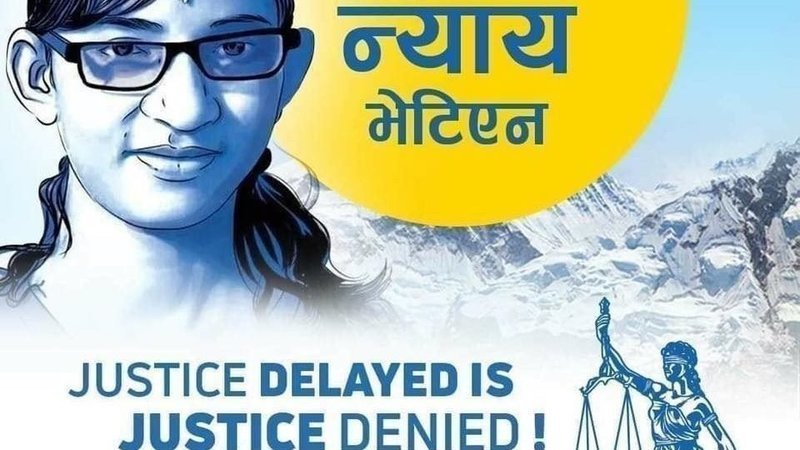 It is likely that the police personnel sacked and suspended for their negligence in investigating the rape and murder of Nirmala Pant could be acquitted based on the findings of a new and third review committee.

The report of the review committee has once again pointed finger at Dilip Singh Bista, a resident of Bhimdutta who is also mentally challenged. Bista was arrested on August 19, 2018 on the charge of raping and murdering the 13-year-old in Bhimdutta Nagar in July, 2018.

Amid protests from Kanchanpur locals against Bista’s arrest, Police later released Bista after his DNA did not match samples collected from Pant’s vaginal swab.

If the new review report is implemented, eight police personnel, two of whom were sacked, could be deemed innocent.

SP Dilli Raj Bista and Inspector Jagdish Bhatta were sacked over their ‘negligence’ in investigating the case, but they knocked the door of Kanchanpur District Court against the order.

Now, its upto the court to decide whether the sacked and suspended cops will be exonerated or not.

The latest review committee, led by Deputy Inspector General Suraj KC, has dismissed an earlier report by AIG Dhiru Basnet that recommended action against then Kanchanpur police chief Dilli Raj Bista, Inspector Bhatta and six other police personnel for failing to carry out their duties ardently.

DIG KC’s report, submitted on February 5, supports the initial investigation carried out by cops Bista and Bhatta, which points Dilip Singh Bista as the perpetrator. Whereas the second review by AIG Basnet had said that Dilip Singh was innocent, and Dilli Raj Bista and Bhatta framed him.

After KC submitted his report, the Police Headquarters on Sunday directed Kanchanpur District Police Office to investigate the case once again.