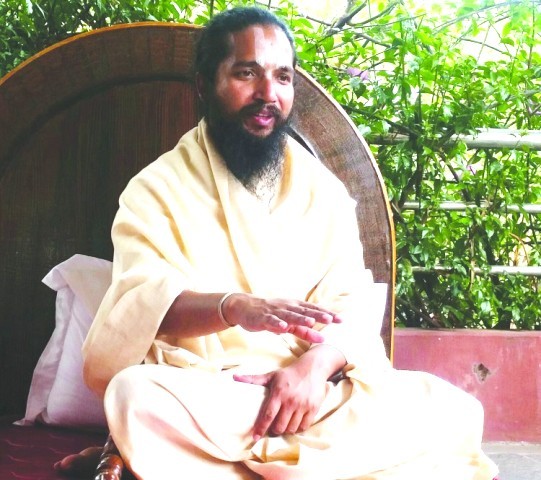 The District Court, Sunsari, on December 7, 2020 had acquitted Krishna Bahadur Giri alias Siddhababa of rape charges. The details of the verdict, however, was released last Thursday, two months after the ruling.

The details of the ruling show that the judge raised doubts on the character and morale of the rape survivor to rule Giri as innocent.

A bench of Justice Arjun Koirala had acquitted Giri, a self-styled godman, despite there being evidences to substantiate the allegations on the basis of a one-sided hearing of the accused, ignoring the request of the government prosecutor’s office to stay the final hearing.

As per the law, judges must hear both parties – prosecutor and defender — before administrating justice from the court. Judge Koirala’s ruling without hearing both sides has violated the basic principle of justice.

Koirala, who was transferred from Sunsari District Court immediately after the verdict, took more than two months to prepare the full text of the verdict. Koirala, however, is not new to controversy as his efficiency was questioned in 2019 after the Commission for the Investigation of Abuse of Authority wrote to the Judiciary to investigate him and a complaint was filed against him at the Judicial Council when he was in the Kathmandu District Court.

A woman (one of his devotees) had lodged a police complaint against Giri on October 21, 2019 alleging that he had raped her after calling her to his ashram for meditation. Following preliminary investigation, police had filed a case at the district court and arrested Giri.

After his arrest, accused Giri had filed a petition at the Supreme Court demanding his release, to which the apex court ordered that he be kept in detention.

Judge Koirala’s grounds behind acquitting Siddhababa was to question the activities of the survivor. As the verdict was based on a one-sided hearing, it did not take into account the legal defense and facts from the survivor’s side.

Stating that the complaint was filed 38 days after the alleged incident, Judge Koirala has questioned the survivor’s intentions.

The full text of the 75-page judgment states, “At the time of their meeting, the plaintiff was fascinated with the defendant and surrendered her body. Therefore, since the act of such an agreement cannot be considered as forced, the accusation of rape against the defendant could not be established. Therefore, the defendant Siddhababa Ramkrishnacharya Shri Vaishnav Krishna Das alias Krishna Bahadur Giri is acquitted of the charge.”

In relation to the evidence, the verdict reads, “No evidence related to rape has been recovered from the incident site.” Stating that begging for help, shouting and crying should have been a natural response to rape, Koirala also raised doubts about the incident saying that the survivor had no shown any such behavior.

“If there had been such an incident, the victim should have asked for help or told about it to someone. But not a single witness saw the plaintiff crying at that time of night,” the full text of the verdict reads.

Citing the statements of Siddhababa’s witnesses, the verdict says that such false allegations were made to deceive and defame Siddhababa.

A large part of the verdict is based on the conversation between the survivor and Siddhababa on Facebook Messenger. The verdict seeks to portray the chats as a green signal for consensual sex between the two.

In general, the court takes the victim’s statement as strong evidence. In this case, the survivor had given a statement ad filed complaint saying that she had been raped.

Judge Koirala has taken the Facebook messages written by the survivor and the audio of Siddhababa’s apology after the case was registered into account.

“Initially, the plaintiff appears to have been loyal to the defendant and wanted to be close to him,” the verdict reads, “But the plaintiff seems to have gradually broken the master-disciple norm and expressed her sexual desire and arousal.”

“Her chats with the defendant seem to express her underlying sexual desire.”

“After the plaintiff herself repeatedly begged for sex and expressed her thirst, Siddhababa had moved ahead for consensual sex. As the plaintiff had herself gone to the defendant’s room and surrendered, the sexual intercourse was consensual. It is seems that the plaintiff surrendered her body as she was fascinated with Siddhababa,” the verdict reads.

According to the survivor, the then investigating officer DSP Binod Sharma had pressed to reconcile with Giri as soon as she filed the FIR. Even during investigation, Giri’s witnesses had blamed the woman of being “mentally ill” and making up stories.