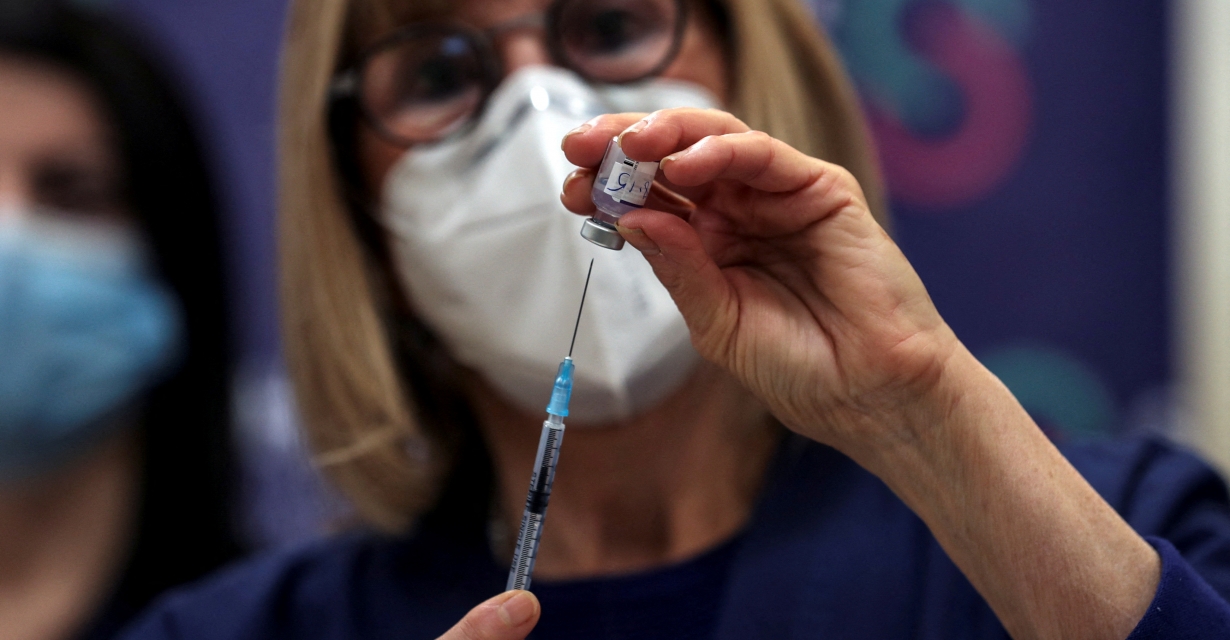 Israel is to go ahead with second COVID-19 vaccine booster shots for people with weakened immune systems, the top government health official said on Thursday, but a final decision on wider usage is still pending.

An Israeli hospital administered fourth shots to a test group of health workers on Monday, in what it called the first major study into whether a second round of boosters will help contend with the Omicron coronavirus variant. Results are expected within two weeks.

“Israel’s strategy for overcoming Omicron is clear: the greater the wave, the greater the protection we will need to overcome it,” Prime Minister Naftali Bennett said after the limited rollout was announced on Thursday.

A Health Ministry expert panel last week recommended that Israel offer a fourth jab of the Pfizer /BioNTech vaccine to medical workers and those over 60 or with compromised immune systems.

Health Ministry director-general Nachman Ash, whose approval is needed to launch a new booster campaign, did not immediately announce a decision, with some experts say there was not enough scientific data to justify fourth shots.

Ash told a news conference on Thursday he had decided that, for now, a second booster would be offered only to immunocompromised people, such as cancer patients and organ transplant recipients.

“In light of the existing gaps in knowledge in the world about the effectiveness of a fourth dose, in the present situation, we are acting cautiously and responsibly,” Ash said.

“If we see signs showing severe illness is expected to rise among the older populations then we will make that decision. The challenge is to make it early enough to vaccinate them in time.”

Israel was the fastest country to roll out initial vaccinations a year ago, and became one of the first to launch a booster programme after observing that immunity waned over time.

Its policies on boosters have been closely watched by other nations, including the United States, that are considering when to offer additional doses. (REUTERS)