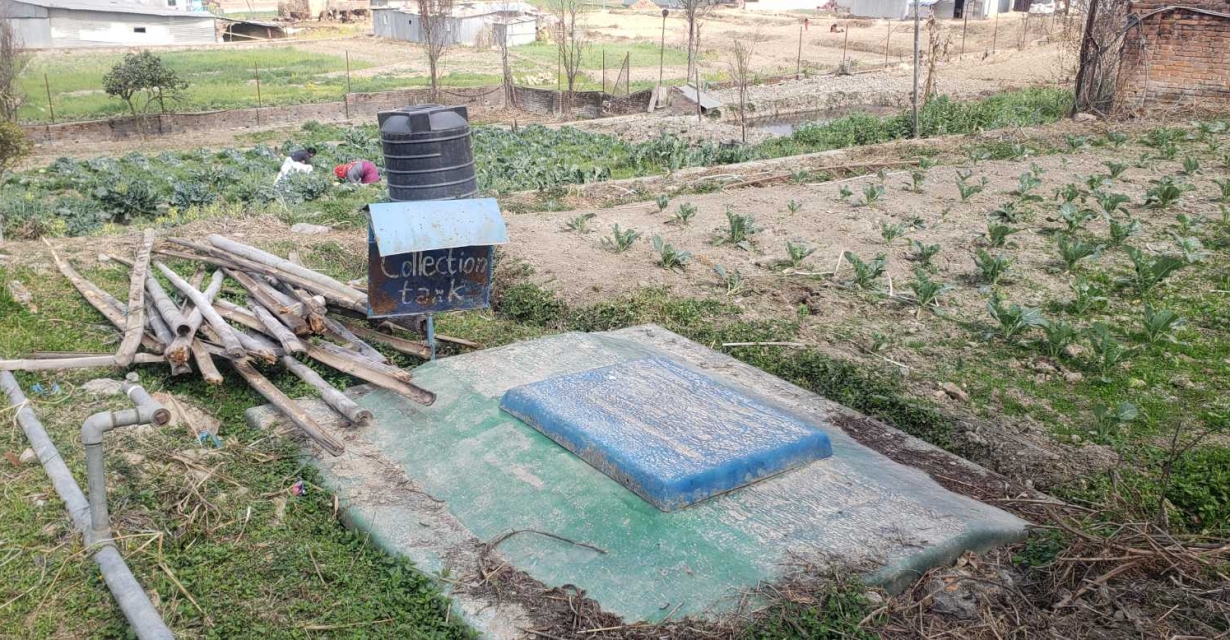 Citywide Inclusive Sanitation (CWIS) refers to focusing on providing adequate sanitation service and safe human waste management as well as re-use, which is beneficial for everyone in the society.

Nepal was declared open-defecation free (ODF) on 30 September, 2019 after rigorous effort and perennial awareness campaigns since 2011. The announcement was made in recognition of all 753 local units in 77 districts that had declared themselves ODF areas.

A sewage disposal pipe in the Bagmati river alongside a temporary toilet, in Balkumari, Kathmandu.

In both cases, the country’s waste management is poor and unsafe for water creatures, humans, and the environment. Hence the government, in collaboration with key stakeholders, has been preparing a guideline and planning to implement Citywide Inclusive Sanitation to manage safe dispose of fecal sludge.

The Chief Divisional Engineer at the Ministry of Water Supply, Yogendra Chitrakar, said that the concept of CWIS was introduced in order to manage the waste produced at municipal-levels.

“Sustainable development is the key for any developing country. Though, we have done an extraordinary job in curbing open defecation, we are still far behind in terms of Fecal Sludge Management. Thus, the Government of Nepal has included proper management of waste in its 15th periodic plan. The government is trying to improve the nation’s sanitation status while also maintaining the water bodies and environment,” said Chitrakar.

It is crucial that human waste be managed in ways that preserves the environment, including water and food supplies. Chitrakar said that CWIS can be a game-changer for organized sludge management and protection of environment as well as human health.

“In the process of urban development, we tend to focus only on infrastructure development. All the while, education, health, road construction, and water supply, among other factors are basic services required for a country to run smoothly. Similarly, sewerage management is also one of the unavoidable factors for a country’s development. So, CWIS can be evidential guideline for betterment of current unorganized sewerage management,” he said.

When asked about the budget allocated for the guideline, Chitrakar said that Nepal Government had prepared the Water and Sanitation Hygiene (WASH) bill, which is awaiting parliamentary approval to become law.

“CWIS policy will also be included in the same bill and only then will we have any specific budget allocated for CWIS. Hence, the government is currently preparing a guideline without allocating any substantial budget for the project,” added Chitrakar.

The government has only begun to start preparing draft guideline for CWIS, so it has a long way to go before it is able to launch the program across the nation. As the CWIS guideline hasn’t come into implementation yet, the progress and problems related to it are limited to experts’ assumptions. However, the foreseeable problem might be gap between different municipalities in term of resources.

“Collaboration between national and municipal governments is essential to fully implement the concept CWIS. There are metropolises like Kathmandu that are as old as 70 years, but there are other municipalities such as Golbazaar in Siraha which has just been formed, so they might lack in financial as well as expert human resources to adapt with CWIS concept.”

“Also, the population density and geography of a place also plays a major role in CWIS implementation. For example, sewerage networking is unfavorable for Tarai region as compared to Hilly region since higher altitude has slopes while Tarai is just plain. This means the same concept won’t work for both regions. Therefore, the concept and approach of CWIS guideline also needs to be flexible for all localities,” explained Chitrakar.

With this expected challenge at hand before the guideline is drafted and implemented, Chitrakar suggested that people responsible to prepare CWIS guideline must look at all the possibilities and prepare it in such a way that all citizens, rich or poor, could benefit from the upcoming project.

The government, meanwhile, has planned to provide necessary support and resources to municipalities for proper implementation of CWIS.

“The objective of preparing CWIS guideline is that the general public can benefit from it regardless of their capacity to influence higher-ups. Since the concept is to improvise urban development, the guideline is ought to be prepared by safeguarding the citizens’ basic right to sanitation,” Chitrakar said.