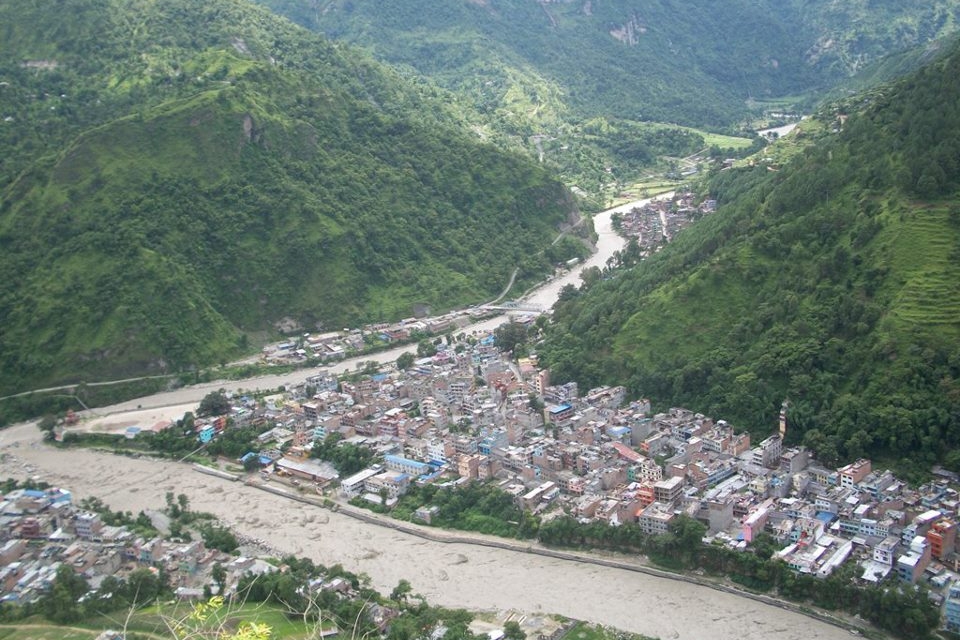 Increasing environmental pollution and human encroachment have posed a threat to the existence of aquatic life in Myagdi.

Environment conservationists have said that encroachment on natural water resources, dumping of waste into rivers and streams, and natural disasters (floods and landslides) primarily for the past five years have caused harm to aquatic animals and destroyed the system of biological diversities.

The existence of water animals in the Kaligandaki River has come under threat as the under-construction hydropower project at Narchayang of Annapurna Rural Municipality has its implication on the aquatic environment, mainly from Narchyang to the district headquarters Beni. Narchyang is taken as a highly suitable zone for the habitat of marine species and wild life. Lately, rivers and streams here are being rampantly encroached in the name of hydropower development.

Presently, five hydropower projects are under construction at Narchyang. Environment conservationists said the incidences of natural disasters and haphazard quarrying are among those prime factors putting the life under water at risk of extinction.

According to environment conservationist Shreeram Sigdel, landslides and floods at Myagdi, Kaligandaki, and Raghughanga areas have jeopardised the entire aquatic system here.

The floods in the river not only cause shortage of food for aquatic life but also hamper their adaptation capacity. Poaching has increased in three watershed areas here. The use of heavy machinery such as bulldozers and excavators for quarrying has aggravated the problem, it is said.