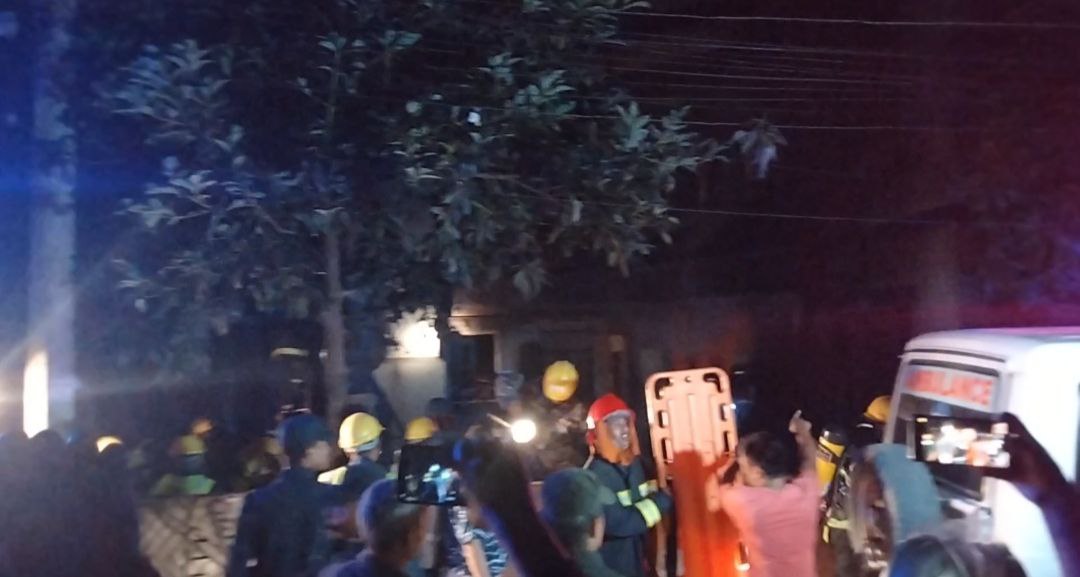 A huge fire broke out at Lasuntar-12, Kapan after oxygen cylinders exploded at a building on Wednesday evening at around 6:45 pm.

A joint rescue team of Nepal Police, Armed Police Force, Kathmandu Metropolitan City and Nepal Army are making efforts to bring the fire under control with help of fire brigade.

According to house owner, Shankar Ghising, the ground floor was let out to a trekking office on rent. He has informed that the office had several dozens of oxygen canisters and cylinders used during trekking.

According to rescue team at the field, two people have died due to the accident, including one living on the first floor. People living on upper floors were safely rescued. The injured have been taken to hospital.

The impact of the blast could be felt even from 500 meters away, as per locals.