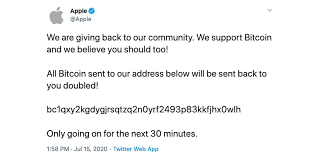 Elon Musk, Barack Obama and Bill Gates, among other prominent US figures, were targeted by hackers on Twitter in an apparent Bitcoin scam.

The company’s support has said that the hacking was a social engineering attack which targeted its employees “with access to internal systems and tools”.

“We detected what we believe to be a coordinated social engineering attack by people who successfully targeted some of our employees with access to internal systems and tools,” Twitter Support said.

It added that “significant steps” were taken to limit access to such internal systems and tools while the company’s investigation was ongoing.

In the short time it was online, the link displayed in the tweets of targeted accounts received hundreds of contributions totaling more than $100,000 (£80,000), according to publicly available block-chain records.

Twitter earlier had to take the extraordinary step of stopping many verified accounts marked with blue ticks from tweeting altogether.