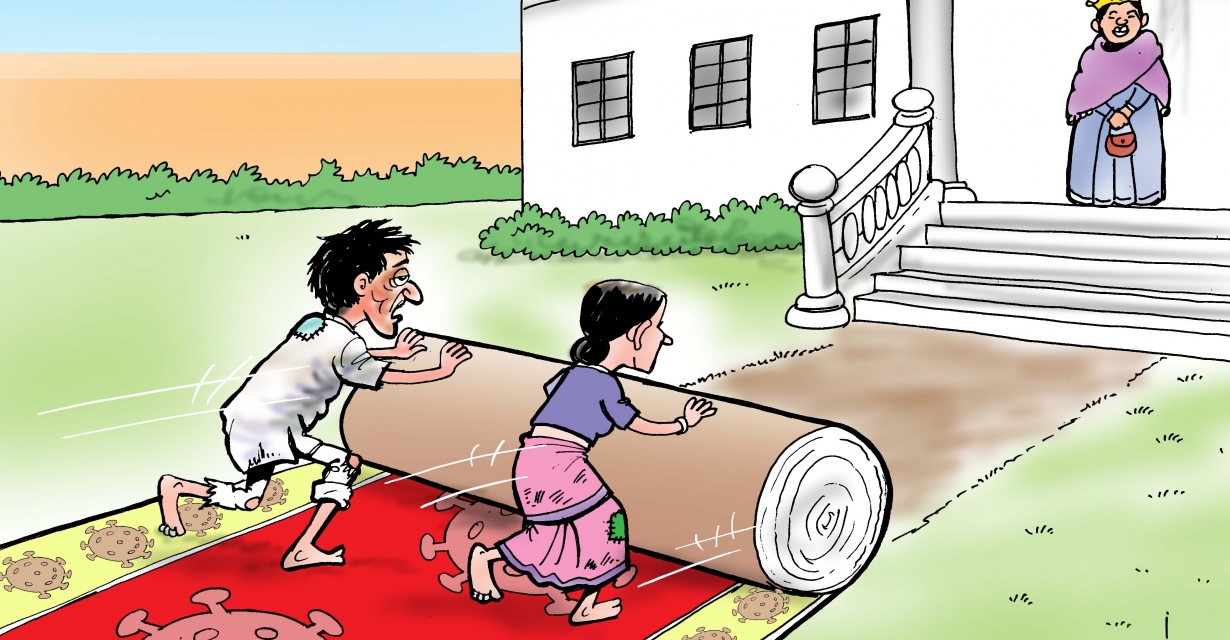 As Prime Minister KP Sharma Oli and his ministers keep on insisting that everything is alright in the country and they’re handling the current health crisis to the best of their capacity, mismanaged quarantine facilities, lack of awareness regarding Covid-19 amongst general public, alarming rise in positive cases, increasing deaths, and depleting test kits among numerous other instances indicate a rather different scenario.

On Tuesday, the Ministry of Health and Population said that implementing the Supreme Court’s order to conduct PCR tests for coronavirus on all quarantined persons across the country was not possible at the moment.

Earlier, the Supreme Court had issued an order to the government to conduct PCR tests on all people staying in quarantine facilities across the country.

According to Dr Samir Kumar Adhikari, assistant spokesperson at the Health Ministry, the country has limited testing kits and equipment such as reagents necessary for PCR tests, viral transport media and RNA extraction kits for conducting the tests.

He said, “Testing is expensive but besides that, trained human resources to collect samples and conduct the tests in laboratories are also limited in number. The capacity of our laboratories is not enhanced enough to conduct tests on all people staying in quarantine.”

With a total of 145,375 people staying in quarantine facilities across the country, the government has conducted 75,343 PCR tests since testing began in January.

The government has been conducting about 2,300 PCR tests on a daily basis in 20 laboratories across the country.

There have also been reports that thousands of samples for PCR test are already in queue at laboratories across the country.

Nepal government had at least three months to prepare for the inevitable pandemic before it decided to suddenly announce a nation-wide lockdown, leaving the economically weak strata and migrant workers to fend for themselves.

Now as the number of Covid-19 infected is rapidly increasing, the government is discussing a modality to loosen the lockdown. While a sturdy plan is necessary to keep the economy running, endangering the public’s lives is definitely not the way.

Moreover, Nepali netizens yesterday lambasted the government’s decision to decorate Sheetal Niwas, the Office of the President’s Office, by spending around Rs 20 million at a time when the country and its economy is reeling under the threat of Covid-19.

On Tuesday Naya Patrika, a national daily, reported that the Department of Urban Development and Building Construction had awarded the contract to two private companies for renovation works including replacing carpets and toilet maintenance at the President’s Office in the third week of May.