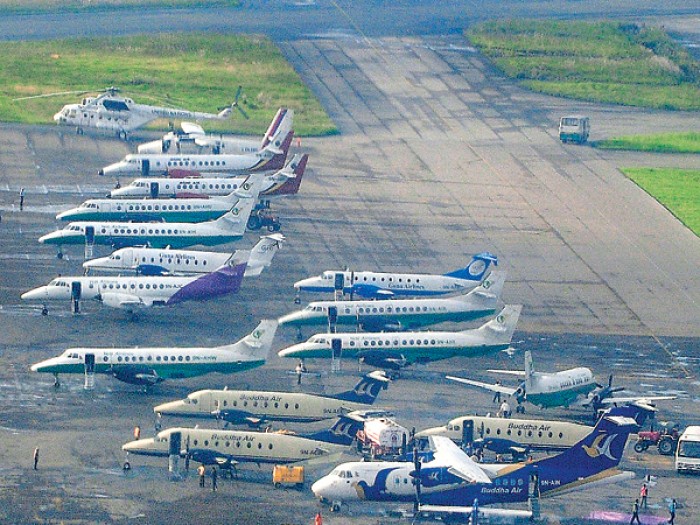 The government has decided to set minimum fare for domestic airline companies in a bid to maintain uniformity in airfare and to stop unhealthy competition.

The National Aviation Policy-2076 brought by the government, if implemented in its entirety, will not allow airline companies to sell tickets at prices lower than stipulated by the government.

Though the government had earlier fixed a maximum ceiling for airfare, this is the first time that a minimum ceiling will be fixed.

Despite the government’s assurance that this policy is being brought to protect domestic aviation industry, airline companies are dissatisfied with the plan.

On the basis of market competition, the price of goods and services is fixed in such a way that it benefits consumers as well as companies.

Currently, some domestic airlines are flying to selected destinations at a reduced air fare in order to attract consumers. This has allowed air passengers to travel at lower prices.

However, with the implementation of the new aviation policy, domestic airlines may be subjected to action if their ticket price is lower than stated by the policy.

During off-seasons, airline companies offer significant discounts so that they do not have to fly empty planes. The new policy can affect this trend.