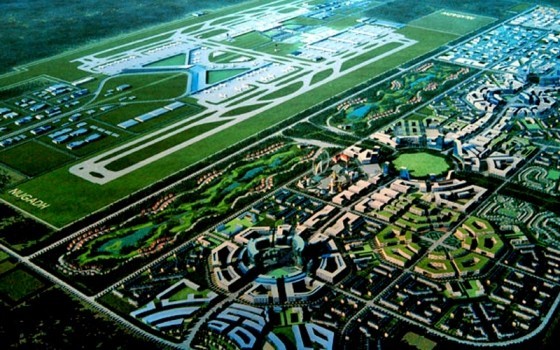 The Ministry of Culture, Tourism and Civil Aviation (MoCTCA) has directed the Investment Board Nepal (IBN) to seek request for proposal (RfP) for the construction of Nijgadh International Airport (NIA).

Stating that the government’s preparations for the construction of NIA had gained momentum, MoCTCA at a meeting held on Tuesday, IBN to contact Zürich International Airport by the end of September.

The government had selected Zurich AG among six other bidders for the airport’s construction. NIB has estimated a cost of Rs 3,00,00,00,00,000 (three hundred billion) to construct the international airport.

MoCTCA also decided to complete the ongoing counting of trees by mid-December for site clearance and construction of the airport with the coordination of Division Forest Office, Bara.

Similarly, MoCTCA also decided to form a committee under the coordination of the joint secretary of Ministry of Land Management, Cooperatives and Poverty Alleviation to sort out the issues on resettlement of Tangiya Basti.

The committee has to prepare the report within 15 days with the help of chief of Division Forest Office, Bara and submit it with recommendations on resettlement

As the ministry has already completed counting of trees that need to be cut down for the construction of periphery roads, MoCTCA said it had decided to submit a proposal to Ministry of Forest and Environment asking for permission to begin the work.

As per MoCTCA, a total of 4,232 trees have to be cut down for the construction of periphery roads.

Earlier on May 10, a high-level meeting held at MoCTCA had also decided to direct IBN for RfP and CAAN for masterplan of NIA. However, no progress has been made on that front so far. On Tuesday again, MoCTCA gave similar instructions.

MoCTCA attributed the second decision to the COVID-19 pandemic and its impacts on the progress.

It is important to notice that MoCTCA has been pushing to begin the construction works even though two cases to scrap the Environmental Impact Assessment (EIA) report prepared by the Ministry of Culture, Tourism and Civil Aviation regarding the proposed airport’s construction is currently under discussion at the Supreme Court.

Environmental activists including Ranjuhajur Pandey Chettri, Bijaykumar Singh Danuwar and Krishna Prasad Bhandari among others had filed a writ petition at the Supreme Court stating that the felling of more than one lakh Saal trees that are over a hundred years old without proper planning will invite environmental destruction.

Similarly, another writ petition has been filed at the court by advocates Prakash Mani Sharma and Padam Shrestha asking to scrap the EIA report.

Stating that the EIA report was a copy paste of other development projects and lacked quality, advocate Sharma, in his writ, has demanded that the report be scrapped. He has also demanded stringent action against the officers involved in hurriedly passing the EIA report.

The EIA report says that 24.5 lakh small and big trees should be felled to construct the airport.

At a time when two cases related to felling of trees and EIA for the airport’s construction are under discussion at the Supreme Court, the Tourism Ministry’s decision to hasten the construction works has been described as contempt of court by environmentalists.

The Supreme Court had earlier issued an interim order stating that the subject of felling trees in Nijgadh be halted until final verdict is announced regarding both the cases.

The area of the proposed international airport is connected to Parsa National Park. Rare biodiversity, wild elephants, around 20 spotted tigers, rhinos, king cobras, among other animals, are found in the area.

Environmentalists say that wild elephants among other 37 types of mammals will be directly affected if the area is deforested.

Similarly, around 490 species of birds are found in the area and environmentalists have pointed out that chances of air accidents are high if the birds are to clash with the aircrafts.

Human-wildlife conflict is also estimated to significantly rise as a 100 km-long corridor connectivity will be broken between Tangiya Basti of Nijgadh and Dhanusa if the 24 lakh trees are to be cut down.

In an interview with BBC World Service during his visit to the United Kingdom in June 2019, Prime Minister KP Sharma Oli had said, “If we cut 2.5 million trees, we can plant 5 million of them by acquiring required lands.”

The government has also failed to come up with a plan for planting trees to compensate for the ones to be cut down during the airport’s construction.