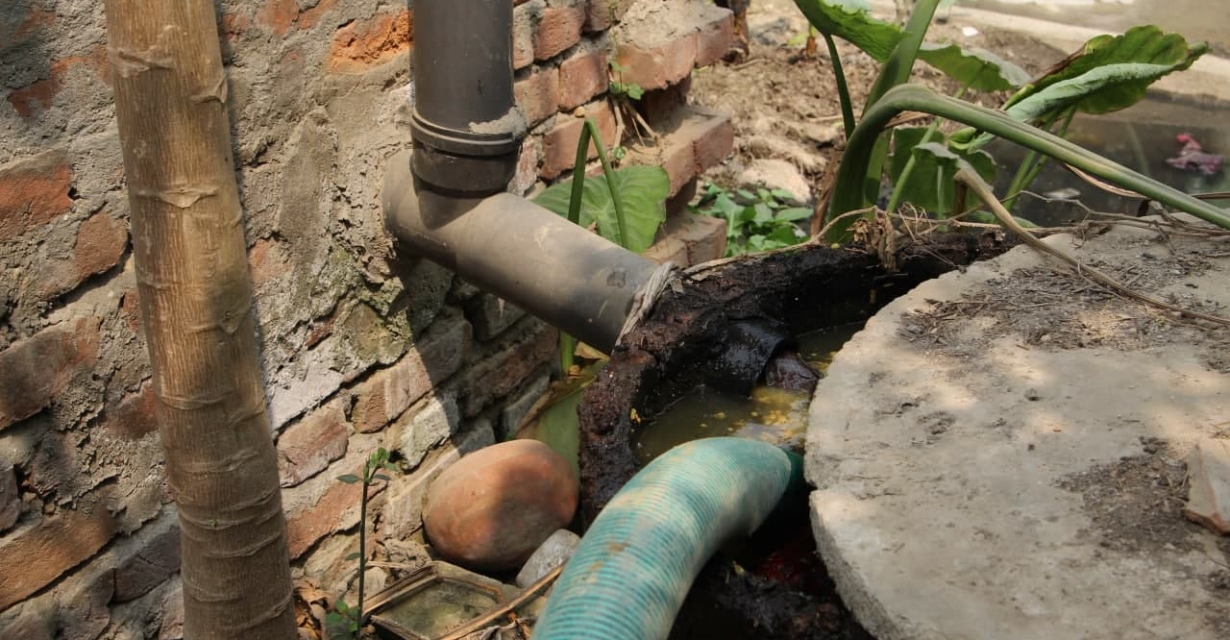 Golbazar Municipality situated in Siraha district of Nepal consists of 10,464 households with a total population of 47,763.

While urbanized metropolitan cities and municipalities such as Kathmandu and Lalitpur are planning to implement systematic Fecal Sludge Management (FSM) policies, the Golbazar Municipality Office (GMO) – formed by merging 13 wards – has its own struggles.

Since Siraha district doesn’t have a connected sewerage line system, local households are making do with septic tanks. GMO has been using septic trucks to collect fecal waste from individual households and dump it in open spaces.

If well managed, fecal sludge can be a source of energy and a better option for environment protection. However, for want of a treatment plant, the collected fecal sludge is being haphazardly disposed at landfill sites. 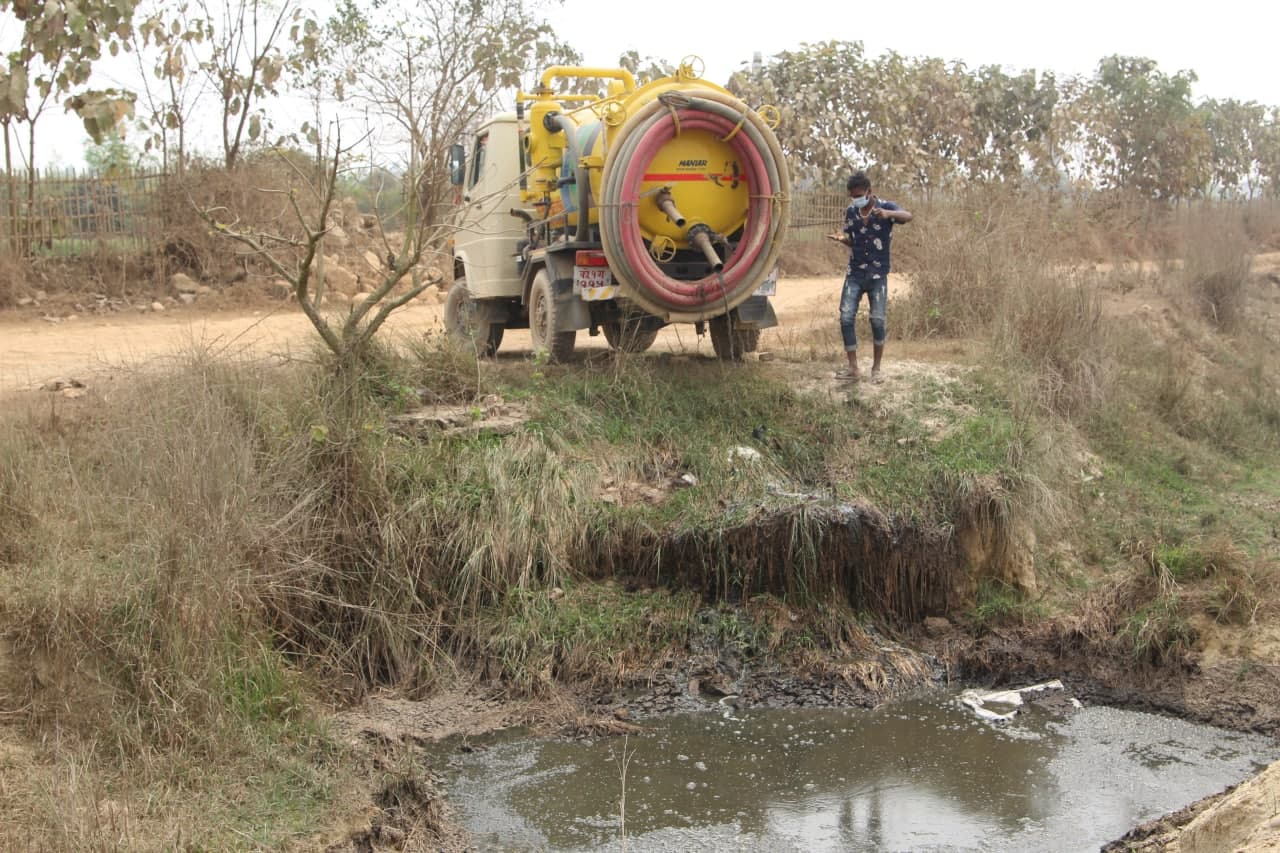 Still, FSM is not the only issue for Golbazar Municipality.

The municipality was recently declared an Open Defecation Free (ODF) municipality amid much pressure from the central government to declare the nation ODF. However, only 9,140 houses here have toilets whereas remaining 1,324 are without.

So, GMO is simultaneously working in FSM sector while also ensuring that all houses have built-in toilets.

The lack of land is one of the major reasons, especially for financially unstable households, why not every house in Golbazar has toilet.

According to Ram Dayal Sada, a resident of Golbazar-04, they have only one toilet in his area which they share with four households and 17 members.

“We (all four households) have land merely enough for a small house and an extremely narrow passage. Hence, we use the same toilet for 17 members of these households. There is a queue system to use the toilet, so we all have to wait for our turns even if it’s urgent,” Ram Dayal said.

Meanwhile, not everyone in Golbazar prefers to use a toilet and so they willingly defecate in the open. Since the locals have answered nature’s calls in the open for time immemorial, for want of latrines, some still hesitate to use toilets.

Sunil Yadav, Focal person of Golbazar Municipality Cleanliness and Sanitation Program, said that even after constant efforts by GMO to stop people from defecating in the open, some are persistent to not let go of their old habits.

“Most of those who prefer to defecate in the open are elderly people. They have been defecating in open spaces such as farms since their childhood, so some of them are unable to cope with the change. While some think that it is against our culture to build a toilet inside homes where we cook and worship, others simply admit that they are unable to defecate in toilet as it’s their habit to defecate in open,” said Yadav.

The Golbazar Municipality Office, meanwhile, has bigger plans for the future. GMO has been trying to build a Fecal Sludge Treatment Plant (FSTP) with the help of the central government and non-profit organizations.

Nonetheless, the plan has been limited in papers as the office gets a mere one million rupees as total annual budget for overall Waste Management Sector. This means that the budget for Fecal Sludge Management is rather negligible.

Financial constriction as well as lack of experts and skilled human resources are other problems preventing Golbazar Municipality from adopting FSM policies. With 57 per cent of the total population excluded from the Drinking Water Project and around 10 per cent of the total households not having their own toilets, FSM is less prioritized in the area because the need for the same is less apparent as compared to the need for regular water supply and toilet facilities.

A member of a local non-profit organization, Parvati Subba, said, “Although there are several problems regarding proper toilet facilities and Fecal Sludge Management, a little enthusiasm from government officials in raising awareness among local residents could make a significant impact.”

As GMO lacks adequate budget and land to provide for those who can’t afford to build toilets, local bodies need to co-ordinate amongst themselves and build public toilets while also preparing proper plans to encourage people to use public toilets, keep them clean, and properly de-sludge the waste produced.

Similarly, there is a dire need for the government to raise awareness among Golbazar residents by informing people about environmental and health benefits of using toilets and the adverse effect of defecating in open spaces.