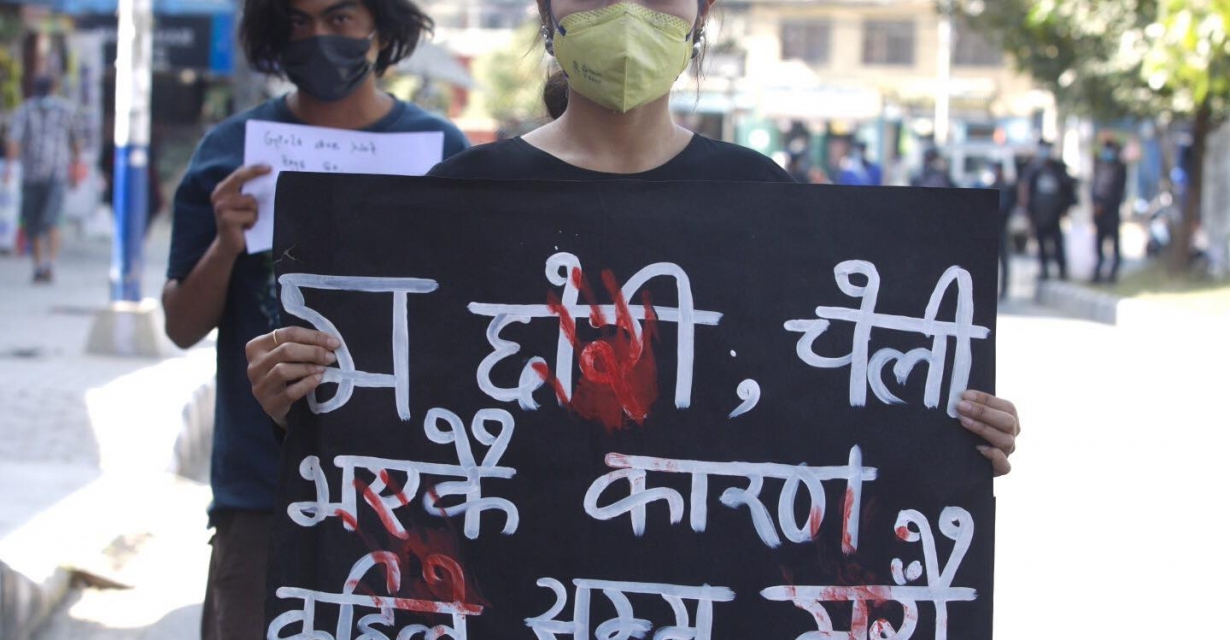 A four-year-old girl was raped and subsequently stoned to death on Wednesday in Bagmati Village Council-7 of Lamitar, Makawanpur.

Police have arrested a 14-year-old boy for his alleged involvement in the crime. The incident occurred when the girl child was at her neighbor’s house attending a prayer ceremony with her parents.

According to Sushil Singh Rathore, Chief Superintendent of Police at Makwanpur District Police Office, the child was killed at around 8:00 pm on Wednesday. The teenager had lured the child, taken her to the nearby Mansahi River and raped her before hitting her with a stone to death.

As the local residents started to search for the missing girl, they found her naked in a bloody condition along the river shore.

The girl’s parents had begun to search for her after they noticed that she had gone missing amid the crowd. “After nearly one-and-half-hour of searching, the alleged 14-year-old murderer himself started saying that the dead body of a child was found in bloody condition near the river. And that is when the villagers went to the river to retrieve the body,” as per a local resident.

The arrested teen is a grade nine student at the local Janata High Secondary School. He was reportedly an alcoholic and a drug addict.

The teen confessed to his crime in a preliminary statement to police, informed Makwanpur police spokesperson Indra Bahadur Rana. “He had tricked the child saying he’ll take her home before committing the heinous crime. He was intoxicated at the time of arrest,” said Rana.

The child’s body has been sent to Hetauda Hospital for post-mortem. “Our investigation says that the girl was stoned to death as we found stones stained with blood at the crime scene. We suspect the girl was hit in various parts of her body. The body was found hidden in a bag about 40 feet away from the shore,” Rana said.