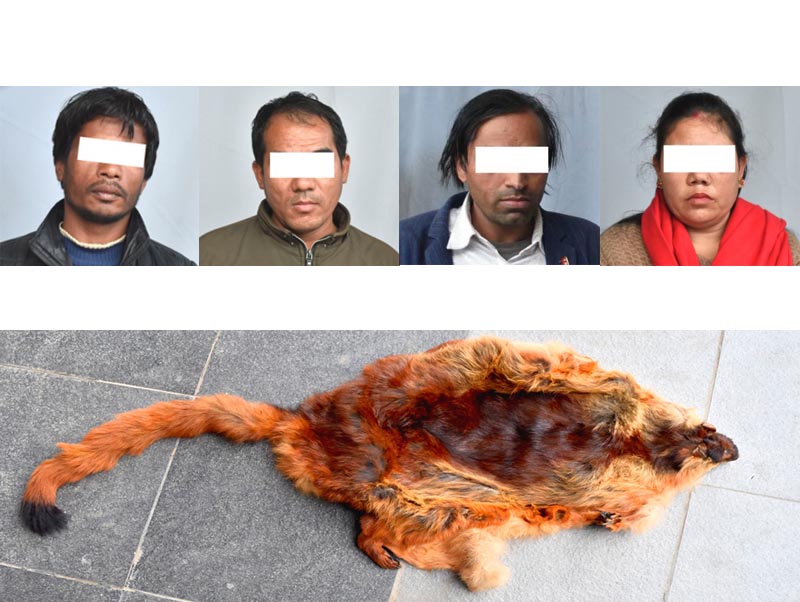 Police arrested four people for their alleged involvement in illegal trafficking of the skin of red panda, an endangered wildlife species, from Kharibot area of Kapan in Kathmandu on Monday.

A team of security personnel deployed from the Metropolitan Crime Division, Hanumandhoka carried out an onsite investigation after getting a tip-off and arrested all four of them after the skin of a red panda was found in Bhujel’s bag at around 3:30 pm yesterday.

According to SSP Sahakul Bahadur Thapa, the arrested have been handed over to District Forest Office in Hattisar for necessary legal action.