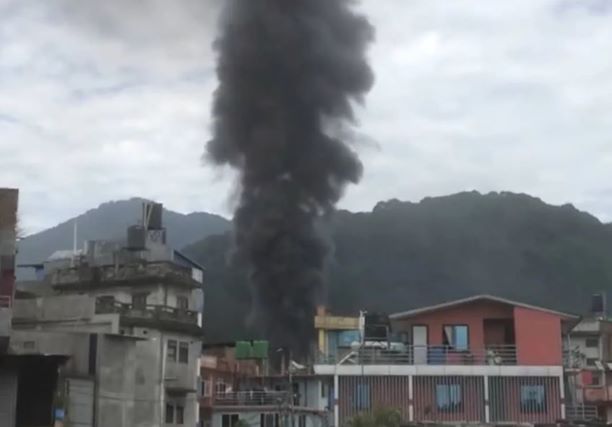 Fire breaks out in a factory in Balaju
Read Time: 1 minutes

A fire broke out in Balaju, Kathmandu at the One World shoe factory on Wednesday. In response, the police has reached the scene to curb the fire and any other untoward damages. The raging fire has put nearby houses at risk.

Efforts are being made to put out the fire with the Nepali army and security personnel along with fire engines and three tankers. The cause of the fire has not yet been revealed.

More details of the incident are yet to come.