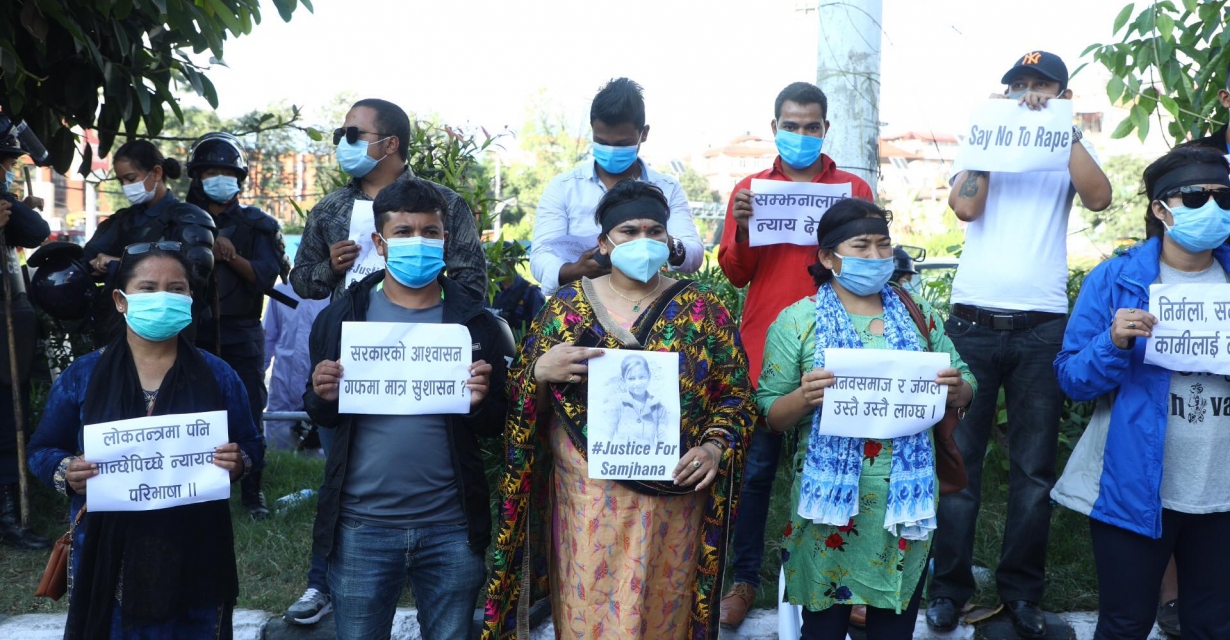 The family of Samjhana Kami, a 12-year-old Dalit girl who was murdered after being raped, has refused to receive her dead body stating that the police had failed to respond to the case in a satisfactory manner even after six days since the incident.

Though the person allegedly involved in the child’s rape and murder has been arrested, he has not confessed to the crime, police has said. According to the victim’s family, the press release issued by the police did not indicate that the arrested person, Rajendra Bohara, was involved in the crime.

The murdered child’s uncle said that the family was not satisfied with the way police handed them a press release which stated that though Rajendra Bohara had been arrested, it cannot yet be confirmed that he was involved in the incident.

Ishwar BK, the uncle said, “Police says investigation is still underway, but we suspect that security personnel are trying to protect the criminal. So, we’ll not receive the body unless the culprit is identified.”

The body of 12-year-old Dalit child of Masta-2, Bajhang was found at the local temple on September 23. On the same day, police arrested Rajendra Bohara, 20, of Masta-2 Khikala. During its investigation, police found that Bohara was previously involved in a series of other crimes.

The minor’s dead body has been kept at Bajhang District Hospital since the post-mortem on September 24 and the corpse has started to rot because the Hospital lacks a refrigerator for dead bodies, said Dr Milan Khadka of the Hospital.

Meanwhile, Chief of the District Police Office, DSP Rupak Khadka, said that although the accused had not confessed to the crime, police had already gathered enough evidence to prove that Bohara was involved in the incident.

DSP Khadka said that they were investigating the case from various angles after seeking an extension of Bohara’s remand time with the court.

“A suspect can not only deny the crime, but can also refuse to speak at all with the police as it’s their right. But that does not exempt them from the crime they’ve committed. So, investigation is still underway,” said Khadka.

A team led by DSP Pancha Kumar Bakhu from the Central Investigation Bureau (CIB) of Nepal Police has arrived in Bajhang for further investigation into the incident. DSP Khadka said that the team of experts had also brought a polygraph machine with them and a polygraph test would be conducted on Bohara by Tuesday.

Amid all this, Samjhana’s father Bikas Kami, who had arrived in Bajhang from Bangalore of India, has tested positive for COVID-19. Leaving behind his wife and two other kids, Bikas had rushed to Nepal upon learning that his 12-year-old daughter was killed after being raped.

He has been in home-quarantine in Chainpur and is said to have not eaten anything since the day of the incident. He has demanded his daughter’s killer to be hanged.