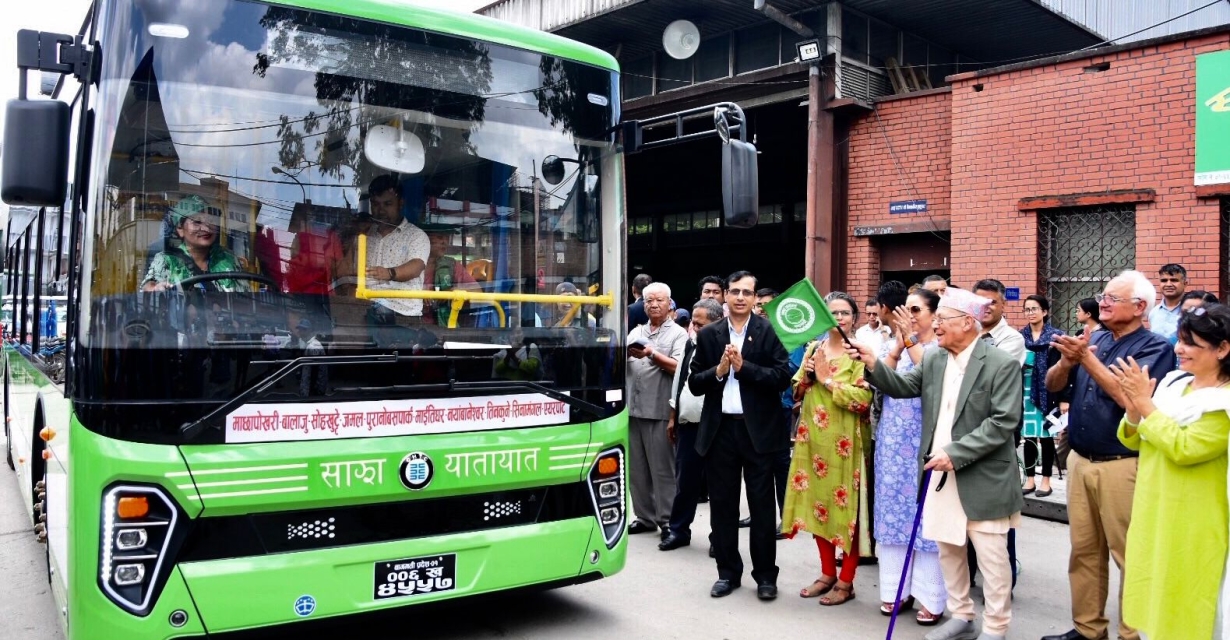 Sajha Yatayat has added three new e-buses to its fleet – the three new vehicles will be operated by women drivers and conductors, powered by electricity therefore environment friendly, and is accessible by people living with a disability.

According to Sajha Yatayat, the three new buses are being introduced as a soft launch of the trial service, and an additional 37 buses are expected to arrive in Kathmandu by mid-August. The service was inaugurated by Bishwabandhu Thapa, founding Chairman of Sajha Yatayat.