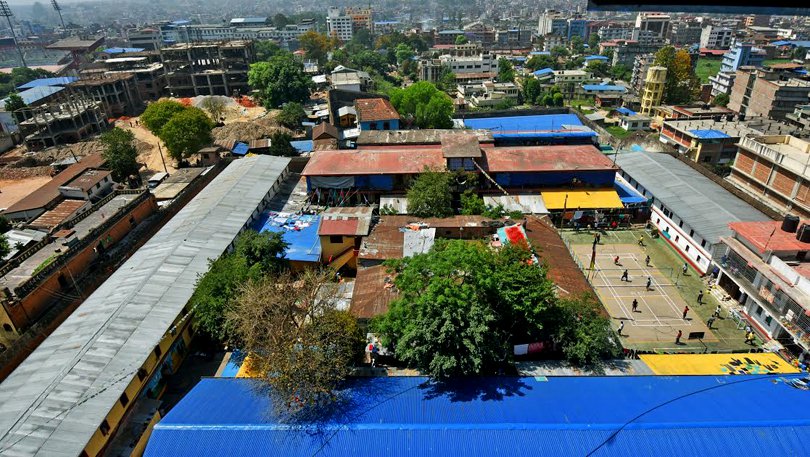 In the past two days, as many as four inmates of the Central Jail in Sundhara of Kathmandu have died. Although one of the deceased had tested positive for COVID-19 before his death, the PCR test result of remaining three have yet to arrive.

The deaths and confirmed infection in one inmate have sent waves of COVID fear among other jailbirds as well as authorities.

Though the Department of Prison Management has claimed to have established quarantine facilities and increasing PCR tests in prisons as well as juvenile correction centres to prevent the spread of novel coronavirus, prisons are becoming the new hotspots for virus transmission with over 111 inmates and 85 security officials at prisons across the country testing COVID-19 positive so far.

Among the infected, 91 prison inmates are from the central jail, the country’s largest prison, which currently holds more than 3,150 inmates.

There are 24,163 jailbirds besides 667 juveniles and additional 81 infants living with their parents in a total of 74 prisons and eight juvenile correction homes across the country despite having the capacity to hold only about 16,000 detainees.

Crammed prisons are a bane for inmates as the cells are almost always holding double people than their actual capacity with a common kitchen and limited as well as shared toilets.

Among those locked up, 14,027 are convicted criminals while the remaining 10,136 are awaiting trial, as per the data at the Department of Prison Management.

Meanwhile, a virtual meeting of the State Affairs and Good Governance Committee of the Parliament on Sunday recommended the government to ensure safety of jailbirds and increase safety of the prisons across the country and urged to release prisoners who have completed 50 per cent of their term in view of the rising number of cases in prisons.