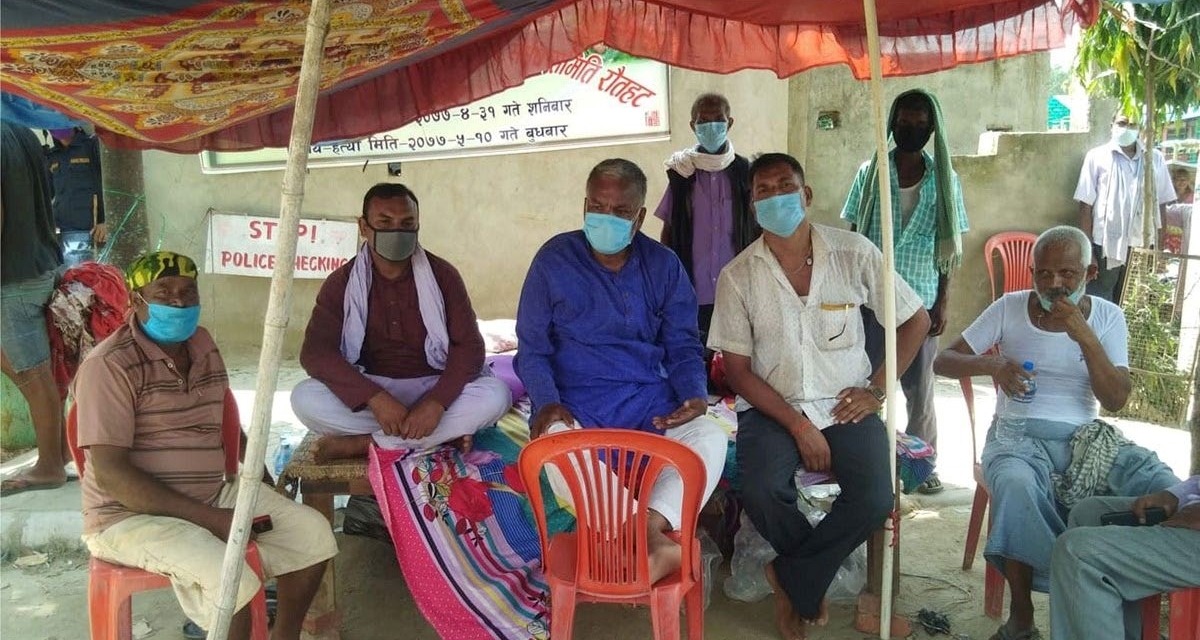 The father of Bijaya Ram has filed a complaint at the District Attorney Office against six police personnel, including Superintendent of Police Rabiraj Khadka, for the death of his 19-year-old son alleged due to in-custody torture.

Panilal, Bijay’s father, filed the complaint against SP Khadka, the then chief at the District Police Office in Rautahat, the then DSP Gyan Kumar Mahato, the then Inspector Nabin Kumar Singh, SI Birendra Yadav, and two head constables Hiroj Miya Dhuniya and Munna Singh, on Wednesday, seeking investigation into the alleged torture of Bijay in police custody.

According to District Attorney Subash Kumar Bhattarai, the District Police Office has been directed to take necessary action.

Bijay, with six others, was arrested on August 19 in connection to the murder of Niranjan Ram, a local teenager, in Garuda Municipality. Bijay took his last breath on August 26 at the Birgunj-based National Medical College.

The family members of Bijay have claimed that he was tortured in custody and have refused to receive his body. His body was sent to Kathmandu for a post-mortem two weeks ago.

However, police have claimed that Bijay died in the course of treatment for kidney ailment.

A video of Bijay, which was taken in a hospital prior to his death, shows him saying that he was indeed tortured by plain-clothed police and was forced to confess to the murder of 17-year-old Niranjan.

After the incident, SP Khadka was called back to the Police Headquarters in Kathmandu and has been replaced by SP Siddhi Bikram Shah in the District Police Office in Rautahat.

DSP Mahato, the chief at the Area Police Office in Garuda when the incident occurred, has also been called back to the Province 2 Police Office in Janakpur and has been replaced by DSP Narendra Kunwar in Garuda.