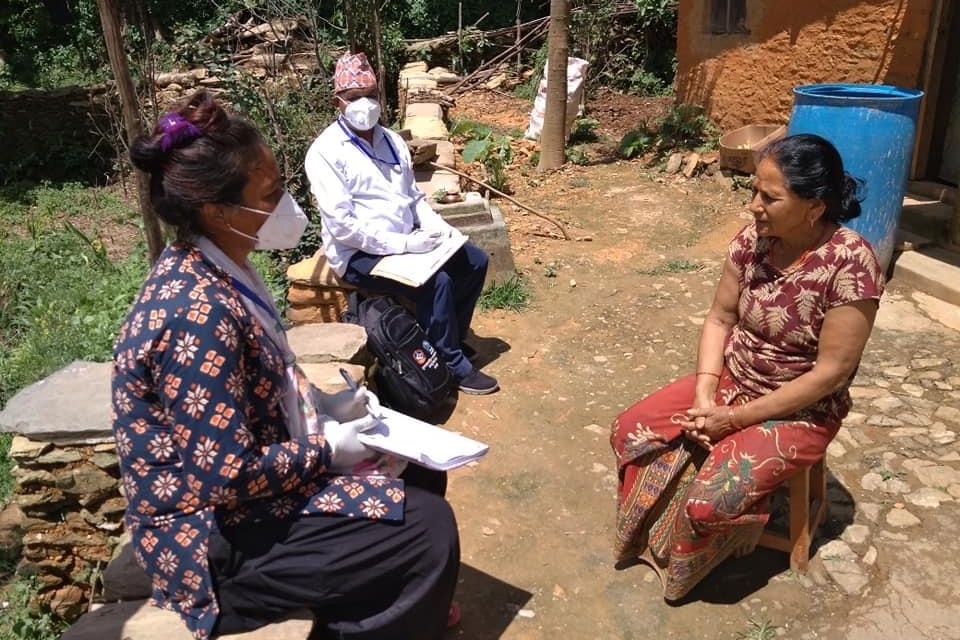 The enumerators assigned for the National Population Census 2021 have complained that city dwellers had slowed the census by refusing to provide their details.

“It is becoming difficult to ascertain the number of houses and number of families living in the city,” said an enumerator stationed to cover Lainchaur area from the Kathmandu District Census Office.

“Some people are reluctant to provide accurate information about their families. Some are not aware of the importance of the national census, while others deliberately give false information,” he said.

After receiving the complaint, the Central Statistics Department has said that the details of each person and family will remain confidential as per the Statistics Act, and urged people to provide correct details.

The questionnaire for the census includes the number of female, male and sexual minorities in the household; the type of family, number of houses and floors the families own; whether the family members have bank accounts or have taken bank loans; number of animals and birds they own, among other things.

Enumerators submit a request for a national census to each household. They carry the census supervisor’s ID card, bags and caps. However, enumerators have complained that they could not meet many families even after several visits with their authentic IDs.

“Most of the people go out to work in the afternoon and even in the evening when we meet family members, they don’t openly provide information related to the census,” said the enumerator.

Chief of the Kathmandu District Census Office ‘D’ Devendra Lal Karanjit says that the city dwellers were reluctant to provide information due to confidentiality issues.

“People haven’t understood that any information taken for the census is kept confidential as per the Statistics Act. When asked about bank accounts and loans, people get doubtful and withhold information,” he said.

“No one is uninformed as the message regarding the ongoing national census is being spread through mobile, television and radio. However, enumerators have informed that the work in urban areas has not been as smooth as expected. We have asked the enumerators to fill in the details by repeatedly visiting in each house,” said Dhundi Raj Lamichhane, Director of CBS.

Similarly, Chief of Lalitpur District Census Office ‘A’, Suresh Basnyat said that some families refused to give any information while others asked them to visit another time.

“Enumerators visit the same house five to seven times a day. People hesitate to even open the door thinking that tax officials might have come to collect taxes. They don’t understand that the data provided in the census will make it easier to ensure emergency services like drinking water, health service and electricity during pandemics,” said Basnyat.

It has been 16 days since the first phase of the national census began. Lamichhane said that 4.5 million households have been registered in the census so far. “It is estimated that there are about seven million households in Kathmandu alone,” he said.

The first phase of the census will be completed on October 4. The main census will be held across the nation from November 11 to November 25 for which, 39,000 enumerators have been selected.