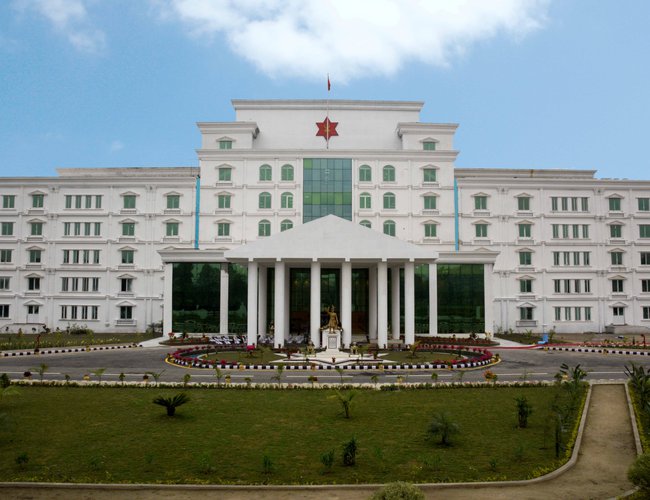 A young Chepang boy has died after he was taken into custody and beaten by an army man deployed for the security of Chitwan National Park on Wednesday.

The deceased has been identified as 24-year-old Raj Kumar Chepang, of Milan Tole in Rapti Municipality-2, Chitwan. He died on the way to Bharatpur Hospital on Thursday morning.

Chepang’s family has accused that he succumbed to the injuries that he had sustained after being severely thrashed by the army. His father Bishnulal Chepang has demanded an investigation into the incident and punishment to the culprit.

Bishnulal said that Rajkumar had fallen ill after he was severely beaten by the army. The father had bought medicines from a local pharmacy for his boy, but did on the way to the hospital. His body has been kept at the mortuary of Bharatpur Hospital, but a post-mortem has not been conducted yet.

Medical Superintendent of Bharatpur Hospital, Dr Shree Ram Tiwari, said that they were waiting for the police’s orders to conduct post-mortem.

Another male who was held along with Rajkumar, Santlal Praja, said that seven of them, including two females, were captured by an army man when they were collecting veggies and small snails (known as ghongi in Nepali) from the Jyundi River inside the park.

Praja said that though the army did not beat the females, the boys were made to carry heavy logs from the forest, verbally abused, forced to do push-ups hundreds of times, and were beaten with army boots as well as batons.

Praja also said that the army man had later called his friends who upon arriving at the scene had joined in on thrashing the young boys. According to him, they were later handed over to the Park administration where administrative authorities also condemned the army men for beating the boys.

As per the rules, the army can take intruders or trespassers under control but cannot take any kind of action against such persons. The arrested must be handed over to the Park administration for further course of action.

Nepal Army meanwhile initially claimed to have taken them under control but not beating them. However, after the news started to circulate in the media, the Army Headquarters in Kathmandu issued a press release saying it had initiated investigation into the incident.

“We would like to inform that the Nepal Army has already started its internal investigation in this regard and will fully cooperate in the detailed investigation being carried out by the authorized government bodies. The Nepal Army is committed to carry out nature conservation work in a responsible manner as per the mandate of the Government of Nepal,” the statement reads.