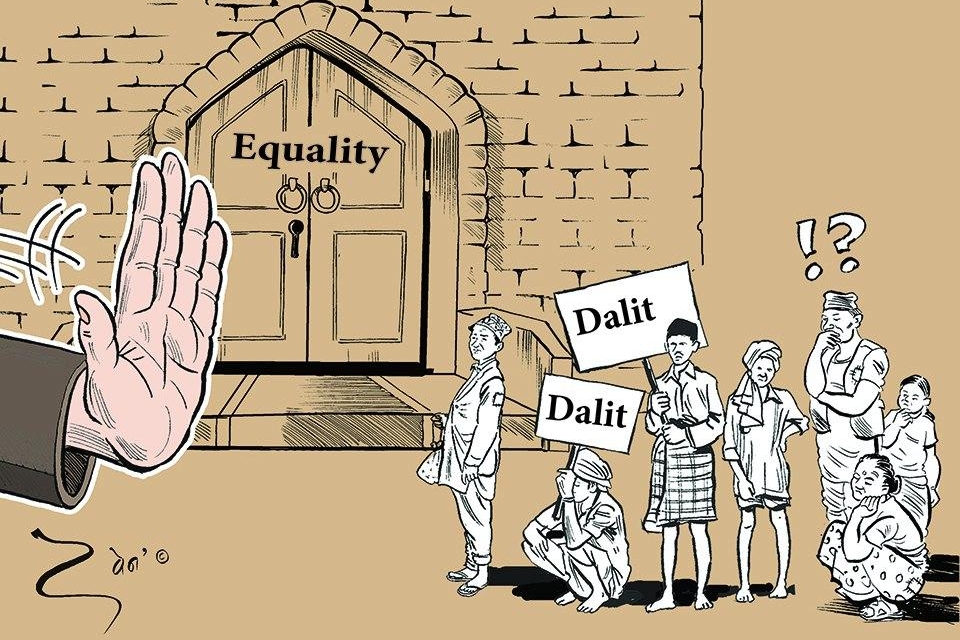 Caste-based discrimination is still prevalent in the country despite criminalisation of the social evil, according to Annual Report-2019 recently published by the National Human Rights Commission.

Article 24 of the constitution states that no person shall be subjected to any form of discrimination or untouchability on grounds of his/her origin, caste, tribe, community, occupation or physical condition.

Any act of untouchability and discrimination shall be punishable by law, and the victims shall have the right to obtain compensation for the damage caused to him/ her, the constitution states.

“National and international laws are in effect to protect and promote the rights of every person. The country was declared free from caste-based discrimination on 4 June 2006. However, social evils still exist,” reads the report.

According to the report, many children from the Dalit community are not able to attend school regularly and they drop out in the middle.

Filing complaints against incidents of caste-based discrimination with the police and local level authority is not easy.

“Dalits are not able to sell dairy products including milk due to some superstitious beliefs in society. They also face various hurdles in purchasing such products. There are instances where different utensils are used to serve them tea,” reads the report.

Inter-dining and inter-marriages between different casts are still avoided in many parts of Nepal. Practices like preventing Dalits from using well and taps in non-Dalit area and entering into a temple continue unabated.

Moreover, Dalits find it difficult to rent a room or a flat just because of their caste.

“Despite these hurdles there have been some positive changes in society compared to the past. The new generation has been rising above the mentality of discrimination. Issue of caste-based discrimination has become a national issue. Dalit communities are able to fight the injustice meted out to them. Their issues are prioritised by media. Laws have been enacted to protect the rights of Dalits,” reads the report.

“There is a need to end this harmful practice of discrimination. Effective enforcement of the prevailing laws, upgrading economic status of the Dalits and sensitisation programmes should be implemented together,” suggests the report.

A victim of caste-based discrimination or a witness in such case may lodge a complaint at the nearest police office.

If police refuse to register the complaint and do not initiate action against the suspect, one can file complaint at the National Dalit Commission or the concerned local level within 15 days of the incident.

If convicted, the perpetrator shall be liable to imprisonment for maximum two years and fine of up to Rs 20,000 as per the law. Court many order the offender to provide compensation of up to Rs 200,000 to the victim.