The amount of fresh water on earth is limited, and its quality is under constant pressure. Preserving the quality of fresh water is important for the supply of drinking water, food production and recreational water use.

Water quality could be compromised by the presence of infectious agents, toxic chemicals, and radiological hazards. However, these things are less of a concern for people of Bardiya as for them, having water for their basic needs is ‘more than enough’.

A house in a local village of Bardiya

In Bardiya, almost every household has a hand-pump and that’s their only source of water, may that be for cooking, bathing, washing utensils and clothes and even for toilets. The water for irrigation is taken from Babai river by creating a narrow stream in Dadhawar.

According to UNICEF, “Functional status of water schemes and the quality of water remains poor with 71 per cent of all water sources and 91 per cent of those used by the poorest quintile contaminated with Escherichia coli bacteria.”

However, Ratki Karki, a 54-year-old farmer in Bardiya, says the water is drinkable even though they have not tested the water quality. “We use hand-pump water for cooking and bathing but we boil water before drinking as sometimes we find long hair-thin insects in the water. After boiling, a residue of mud remains so we filter the mud and drink that water.” 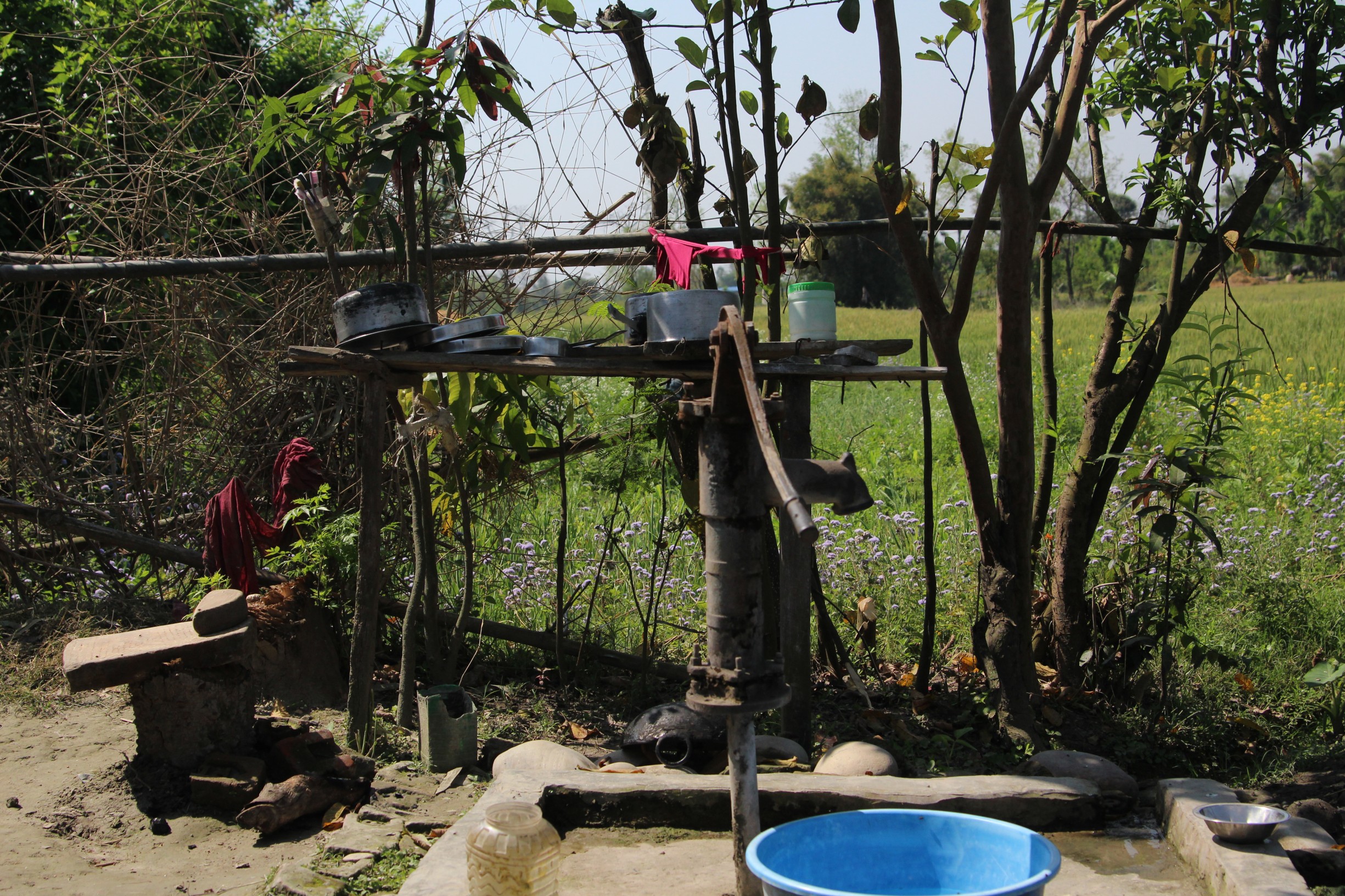 These kind of hand-pumps are used by local people in Bardiya. The hand-pump is the only source of water to fulfill their daily needs.

While most water sources in rural Bardiya test positive for Ecoli and smell of ammonia, the local resident don’t feel that the water is not drinkable. The local people don’t even know about Piyush a chlorine solution widely used to purify drinking water in urban as well as rural areas.

In addition, women in these areas are not allowed to touch the hand-pump, let alone use the water, during their menstruation. Even though Chhaupadi is not practiced in Bardiya anymore, it used to be a prevalent practice in the past.

A retired teacher of the same village, Ram Bahadur Chaudhary, said, “There is a separate hand-pump in our house which we allow menstruating female members of the family to use for their personal purposes during their periods. However, our women are not allowed to enter kitchen or touch any other utensils besides the given hand-pump.”

As per the people of Shantipur, Badiyatal-1, women during their menstruation have to go to the nearby rivers close to the Indian border, which is nearly two-kilometer-walk, to take bath and to defecate.

“We have to finish the nature’s call along the river banks and come home before daylight breaks and others are up. We are obliged to wash utensils and clothes outside the house when it rains continuously for days. Rain is the only source of water for irrigation in our village,” said Janaki Chhetri, a local of Shantipur village.

When asked if anyone stands up against such tiring house rules, she said, “It’s quite normal for everyone as we have to take a bath out in the open even here (referring to her house) and no one has ever complained about this thing.” 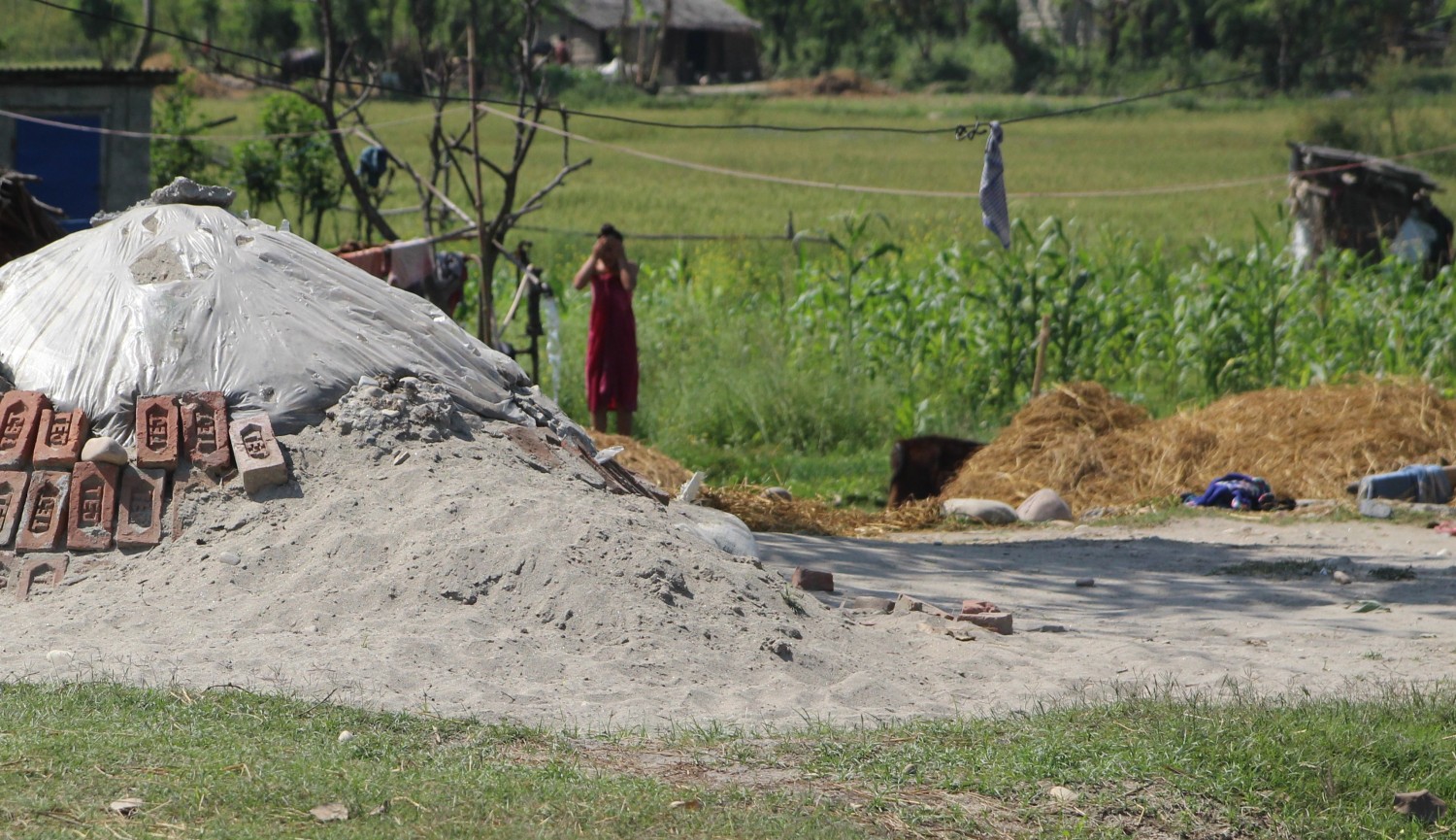 A woman bathing in front of her house.