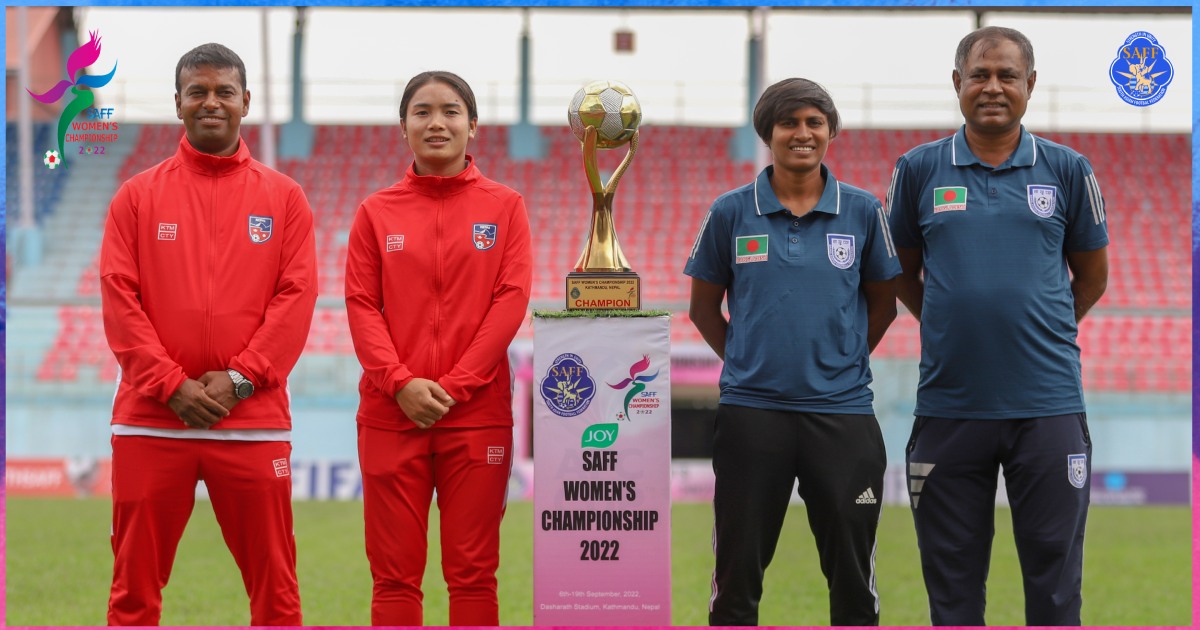 Bangladesh has won the title of 6th SAFF Women Championship after defeating Nepal with a score of 3-1.

Srimoti Sarkar scored two goals and Shamshunnahar scored one for Bangladesh while Anita Basnet scored a goal for Nepal.

This is a historic win for Bangladesh, as only India has claimed all previous five SAFF Women’s Championship titles. This time, Nepal beat India in the semi-finals to play with Bangladesh in the finals.

Nepal and Bangladesh have faced each other eight times in the past where Nepal has won six matches and drawn two.

This is the fifth time Nepali women team entered the finals of the event.