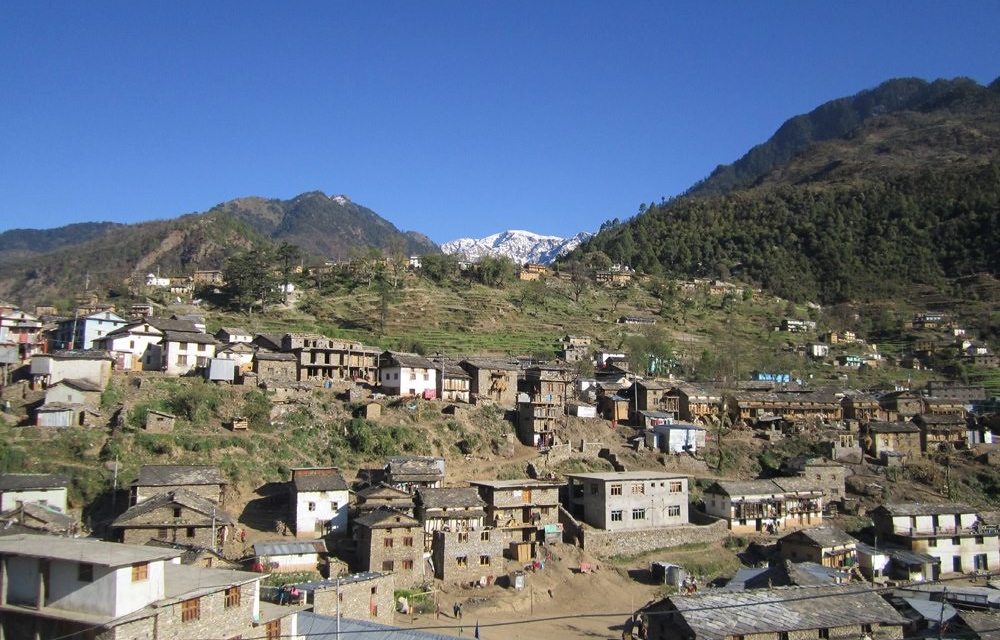 A scarcity of food triggered by COVID-19 has left many children malnourished at Muktikot village, Swamikartik Khapar Rural Municipality of Bajura.

According to rural municipality Vice-chair Mima Budha, the ongoing pandemic has also adversely affected the Golden 1,000 Days programme in the village which was implemented to address the problem of malnutrition among new mothers and their newborns.

Muktikot is home to 400 Dalit families. Most of the people in these families are malnourished.

Many children of the village face untimely death due to malnutrition every year. Death of infants and kids due to lack of nutrition has become grossly common in the village. Children, and pregnant women are worst hit by malnutrition.

Ghuguri BK gave birth to six children and two of them died due to malnutrition.

The government has done nothing to address the problem faced by the locals for years.

Many pregnant women themselves are malnourished.

Almost all local residents are of the view that Muktikot is in serious crisis, but the government is apathetic towards their plights.

Overpopulation has added to the woes of Muktikot. Hardly any local woman can be found giving birth to less than two to three kids. Most of the women here have given birth to more than eight children.

Local Janasara BK is 32 years old, and she has conceived more than 12 times.

She gave birth to eight children, while she aborted four foetuses. She has five daughters and three sons.

More number of children means more problems for the parents in raising and feeding their kids. The locals have no idea about family planning, said Bal Bahadur BK.