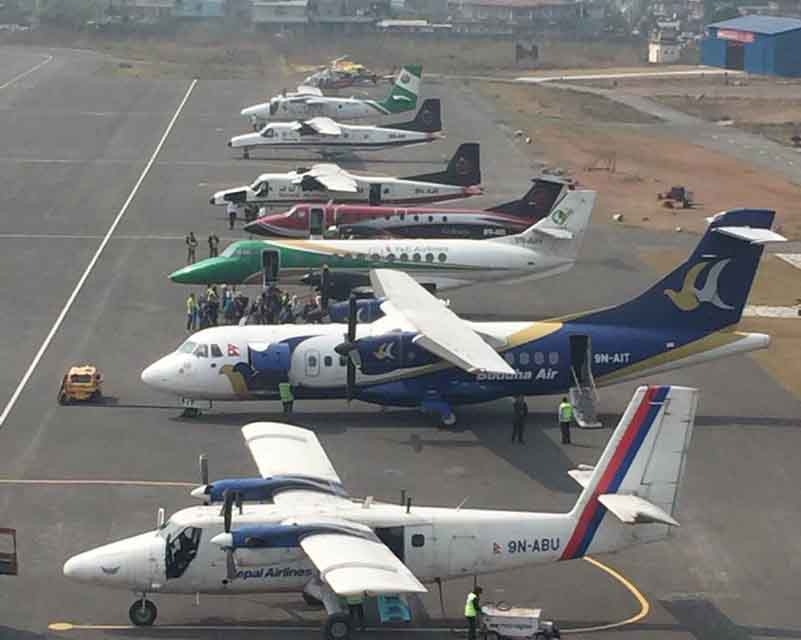 The Airline Operators Association of Nepal (AOAN) has requested the government to lift restrictions on domestic flights so as to ease the rescue of flood and landslide victims.

Although the government has announced that both domestic and international flights will resume from August 17, AOAN has issued a press statement requesting the government to resume domestic flights sooner.

“Floods and landslides have damaged highways across the country making it hard for people to travel. Moreover, rescue and relief cargo flights need to operate. Thus, we request the government to allow airline operators to resume non-scheduled regular flights for people’s convenience,” reads the statement.

AOAN has also assured no problem in immediate resumption of flights as all airlines as well as the Civil Aviation Authority of Nepal were aiding by the COVID-19 prevention guideline to resume services.

“Due to flight restrictions even rescue and relief flights have been affected. Considering this, the government should allow airlines to operate flights. Operators also pledged to provide flight services as per the airfare set by the government,” adds the statement.

At present, some airlines are operating repatriation, rescue, and cargo flights with special permission from the Ministry of Foreign Affairs and Civil Aviation.

As floods and landslides have affected several areas of the county, need for domestic flights has increased.