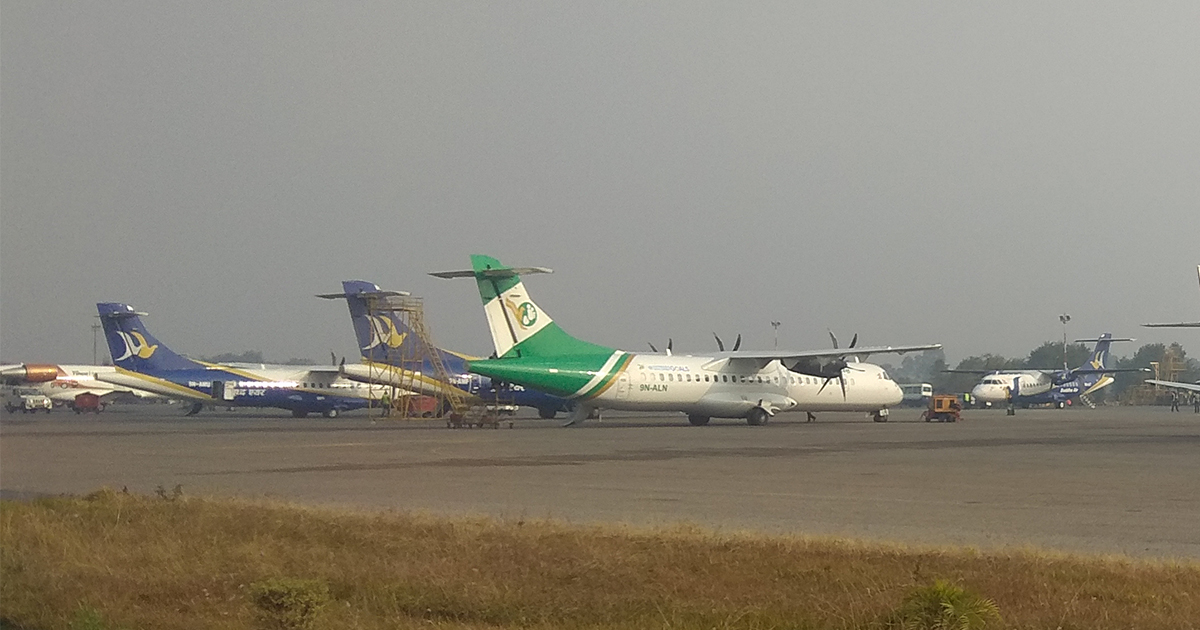 On Friday evening, an ailing but recovering PM Oli addressed the nation – a day after Indian PM Modi did the same. The address, which was televised on national TV was made with an objective to provide assurance to the public amidst the coronavirus pandemic. His advice to the people was same – ‘practice safe hygiene, maintain social distance, and practice self-isolation’.

He also announced that only ‘certain emergency services’ were to be made available for the next two weeks. Thousands tuned to their televisions were unsure what comprised the ’emergency services’. It was to be revealed later by Home Secretary, Prem Kumar Rai.

Meanwhile, PM Oli amidst all the announcements also said ‘international flights were to be banned from 21st March to 31st March’, no mention of domestic flights were made.

He then said ‘long route vehicles were to be halted from Monday onward’ – yet again no mention of domestic flights were made.

The public’s curiousity was growing – will domestic flights operate or not?

At around 07:30 p.m., Buddha Air announced their operations will commence as usual – not even 24 hours since the address, and flight prices have soared beyond their regular rates.

A preliminary check of the websites of different airlines reflects the same. While most destinations are sold out for 22nd March, 2020, wherein they are available, the prices are above regular rates – for example, a Kathmandu to Biratnagar air ticket, which usually costs between NRS 3,200 to 4,500 is placed above NRS 6,500.

For many who need to travel, the rates are simply unaffordable.

The decision to halt long routes but permit flights also raises eyebrows upon the government’s intentions – why wouldn’t they halt both (road and flights) or permit both? For example, if vehicles are being banned with an intention to prevent a possible coronavirus spread, isn’t their an equal chance that could happen via airlines too?

Or, are passengers who can afford air tickets immune to the virus?

Therefore, the government needs to make a stance. Is it going to allow public to move freely, or restrict movement? Allowing passengers to fly while preventing them to use long route public vehicles means allowing airline companies to exploit desperate passengers.