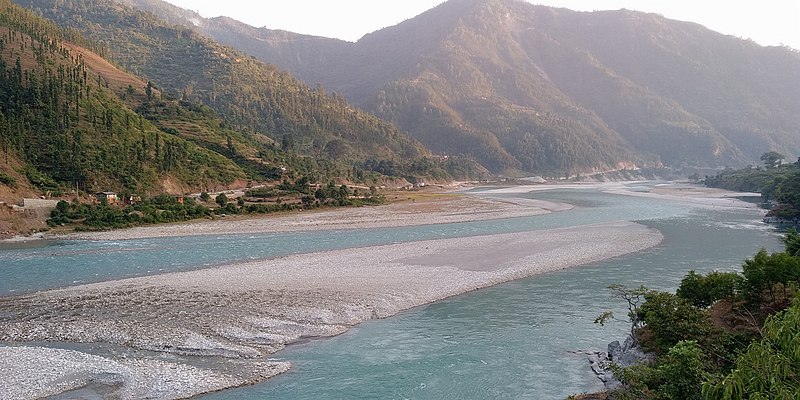 The Bheri River in Jajarkot (Binod Basnet/Wikimedia Commons)
A girl went to the river to fetch water, and never returned
Read Time: 3 minutes

Ten-year-old Laxmi BK of Bangad Kupinde Municipality in Salyan District on Sunday evening went to the nearby Bheri River to fetch water. She was accompanied by three friends of similar age group, who were all sent to fetch water for their household consumption.

According to Inspector Umakanta Joshi of Salyan District Police Office, the kids had decided to take a quick dip into the river, and unfortunately Laxmi was swept by the strong current. As of Tuesday morning, she hasn’t been found.

While the incident appears to be an isolated accident, one cannot help but wonder if her death could have been averted? May be yes if the ‘urban municipality’ had supplied water to Laxmi’s house through a tap.

Surkhet,a district in Karnali Province, is infamous for chronic water shortages – a quick Google search will lead you to a couple of articles:

Bangad Kupinde Municipality got its urban municipality status in March, 2017, as per a government directive and combines eight former villages merged into one. While the fact that residents of an urban municipality have to go to a river to fetch water attracts enough ridicule, not much has been done on development indexes.

Access to proper healthcare is a far cry, public school infrastructure is dilapidated, and roads are undeveloped. Furthermore, agricultural output is also affected due to the chronic shortage of water – and there have been no plans to reduce the effect of the same.

Revisiting the tragedy affecting Laxmi’s family, inequitable access to WASH (Water, Sanitation, and Hygiene) further reinforces the fact that children and women are at a higher risk, and face undue psychosocial stress owing to the same.

As per a report by Sustainable Sanitation and Water Management, “Improved access to water and sanitation has various impacts on social and economic development of millions of people,”for example residents of Salyan could uplift their socio-economic status if their time spent in fetching water could be dedicated to other productive activities.