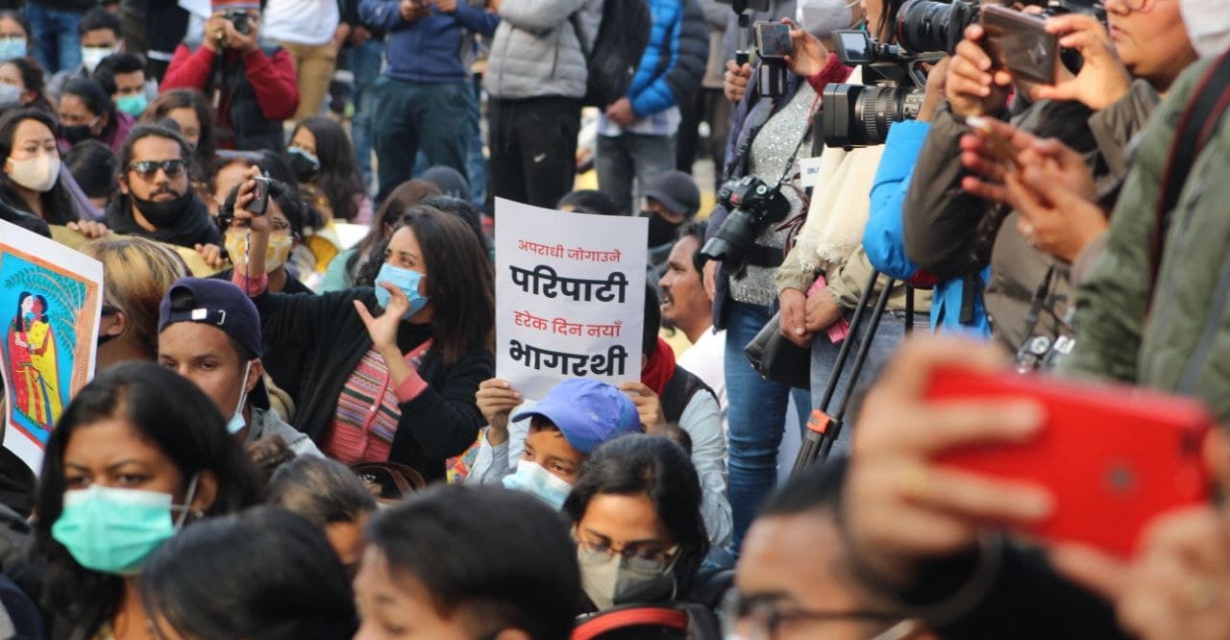 Twenty-eight-year-old Laxmi Bhatt, of Rodinge village in Adarsha-4 of Doti district, has sustained serious injuries after an unidentified group sprayed a flammable substance on her and set her on fire while she was sleeping in her shop.

Inspector at the District Police Office, Doti, Kantiraj Joshi said, “Laxmi has been seriously injured in the incident. A police team has been deployed at the incident site to find out who started the fire and why. A detailed investigation is underway.”

Police Inspector Kisan Bahadur Chand, who was deployed at the scene, said, “The police haven’t been able to identify what flammable substance was used in the attack. Further investigation will reveal more about the case.”

Indra Bahadur Malle, Information Officer of Doti District Police Office, said that Laxmi’s husband Santosh was on the run after the incident. Details of the incident will be revealed after the arrest of the absconding husband, he added.

Police suspect that Santosh, a driver by profession, might be behind the attack as he has two wives.

Meanwhile, police have arrested the caretaker of a monastery in Kailali after he was accused of sexually abusing a girl child.

Police have arrested the caretaker of the World Peace Dharma Buddhist Monastery in Godawari Municipality for questioning after receiving information that a girl was being mistreated.

The spokesperson of the District Police Office, DSP Prateek Bista, said, “We are investigating the incident as there are reports of misconduct against several boy and girl pupils in the monastery.”