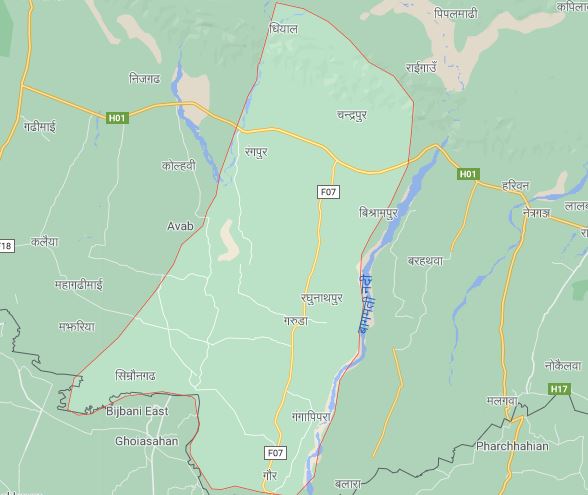 A 17-year-old girl, Amrita Kumari Sah, was shot dead at her home in Madhavnarayan-7, Rautahat on Wednesday night.

The deceased was shot on her right temple at 11:30 pm while she was sleeping at her parents’ home.

The mother of the deceased, Sita Devi Sah, had reportedly left the house to answer nature’s call when the incident took place. An unidentified person had entered into the room where Amrita was sleeping and fired one round of bullet, according to Sita Devi.

Sita said she had hurried back to the room from the toilet as she heard the gun shot and found her daughter shaking in agony. By then, the gunman had fled and Amrita shortly succumbed to her wound.

A team of security personnel led by Superintendent of Police (SP) Siddhi Bikram Shah had reached the incident site and carried-out an onsite inspection.

According to the deceased’s family members, Amrita was married to Rupesh Sah of Madhuban Goth on March 8, 2020. Four days into their marriage, Rupesh was attacked with a knife and injured severely for which he had to undergo treatment for three months.

Suspecting that his wife’s ex boyfriend might be behind the knife attack, Rupesh had filed for divorce at Sarlahi District Court in Malangwa, on August 9 and the following day he registered a attempt to murder case against Amrita and her ex boyfriend — Sachind Kushwaha, a resident of Kushwaha Chowk in Madhavnarayan.

Deceased Amrita and Sachind had been absconding since the case was filed in the court. But Amrita had been secretly living at her brother-in-laws’ residence in Sapgadha, Gaur-5 from where she went to her parents’ home to celebrate Tihar festival.

When Rautahat’s Chief District Officer (CDO) Indra Dev Adhikari was informed that a teenager had been killed, he along with SP Surya Sen Oli of Armed Police Force and government advocates reached the site where he directed the police to proceed with the investigation afer taking the suspects into custody.

Police have taken the victim’s ex-husband Rupesh into custody while Sachind is still at large, police informed. The murderer is still unidentified and on the run.