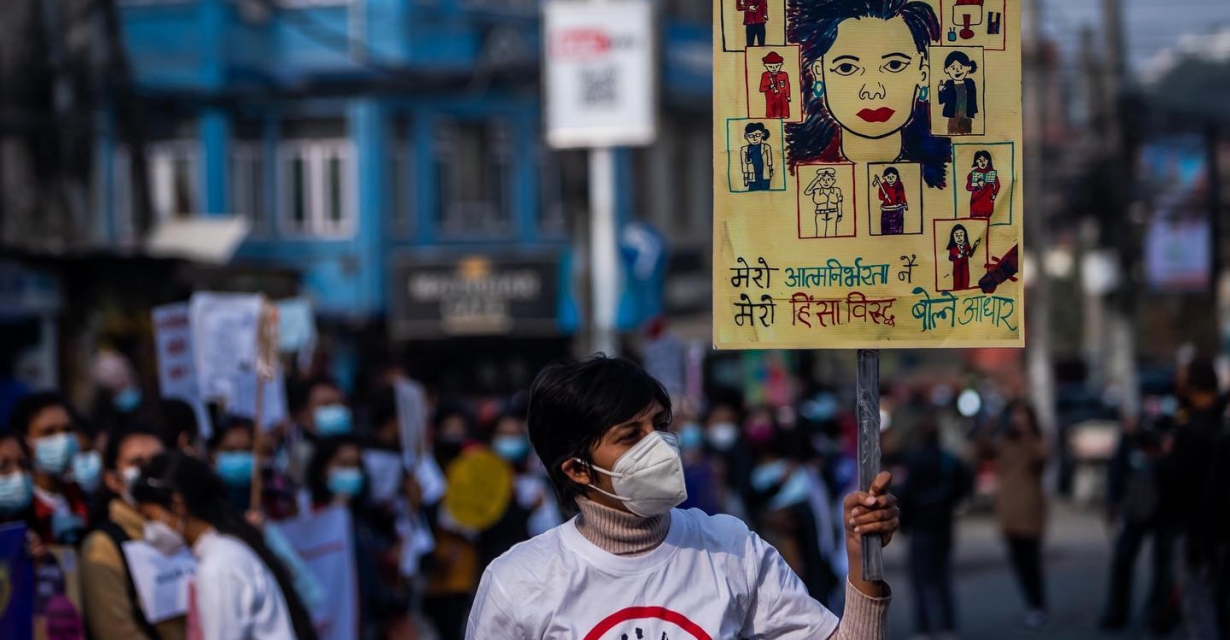 A 16-day campaign against Gender-Based Violence (GBV) has started today with the slogan “Let’s start from home, let’s end violence against women”.

Kamala Parajuli, Chairperson of the National Women Commission (NWC) Nepal, said that the slogan indicated to the fact that 75 percent of cases related violence against women were perpetrated in their homes, by close relatives.

She said that women hestitated to lodge police complaints of violence for the fear that they would not get justice and their relationship with their families would become bitter.

Speaking at the program on Wednesday to promote the campaign, Chairperson Parajuli said there will be a program focusing on protection of the rights of women with disabilities on the occasion of World Disability Day (December 3).

Parajuli announced that in Eastern region, there will be an interactive program against gender-based violence, child marriage, reproductive health and abortion awareness program on the occssion of International Dignified Menstruation Day on December 8.

Speaking on the occasion, NWC member Krishna Kumari Poudel Khatiwada said that cybercrime against women and girls on the rise in Nepal and stringent action will be taken against such crimes.