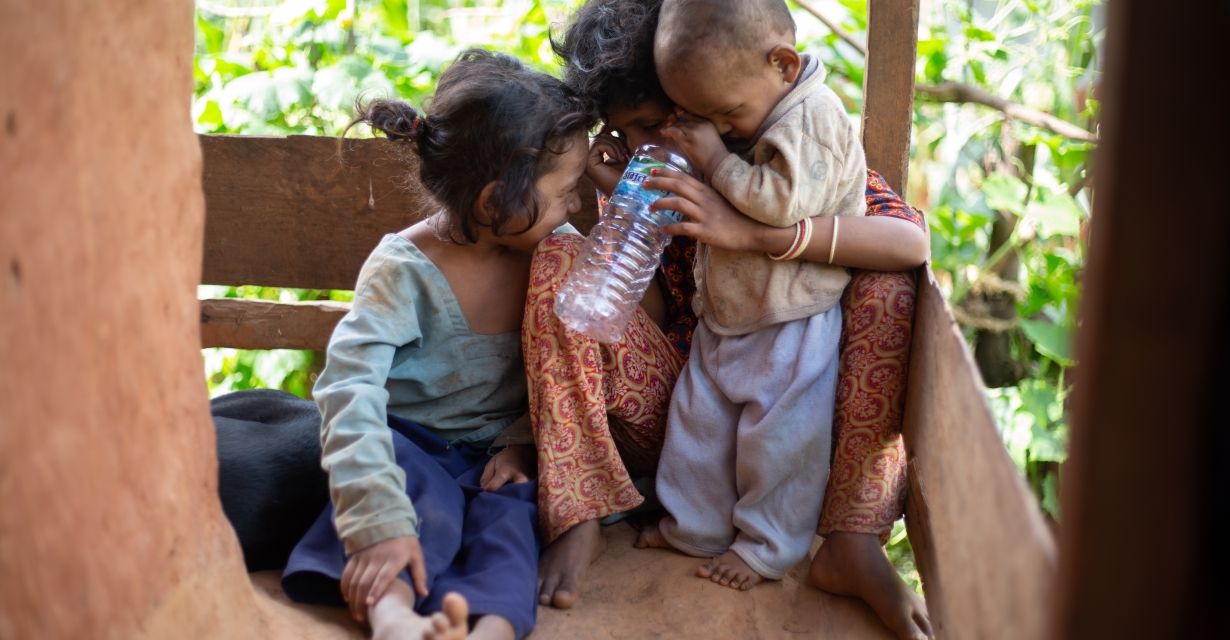 Bir and Tulsi, parents to four children Lalit (12), Bindu (8), Binita (6) and Nabin (1.5 years) were extremely worried. Of their four children, three were blind,  Bindu, Binita, and Nabin. In August, a visit to Surkhet Eye Hospital by the young family had told them they would have to go to the big city for their children’s care, however, the young family, with no means to pay for the trip, was in a dilemma. 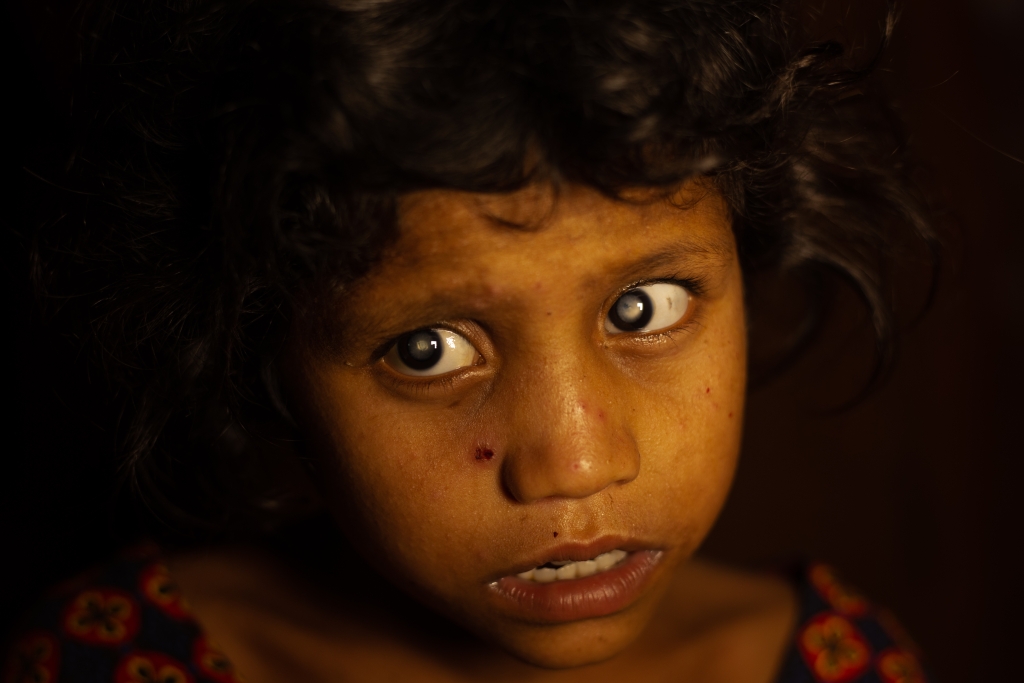 Time was running out, and if the three children weren’t treated soon, they would lose their sight permanently. Villagers suggested the family obtain “Blindness Certification” from the government so as they could at least avail some state benefit payments.

This was in August. As of November, 2022, the three children have undergone surgery, and have been cured of blindness. 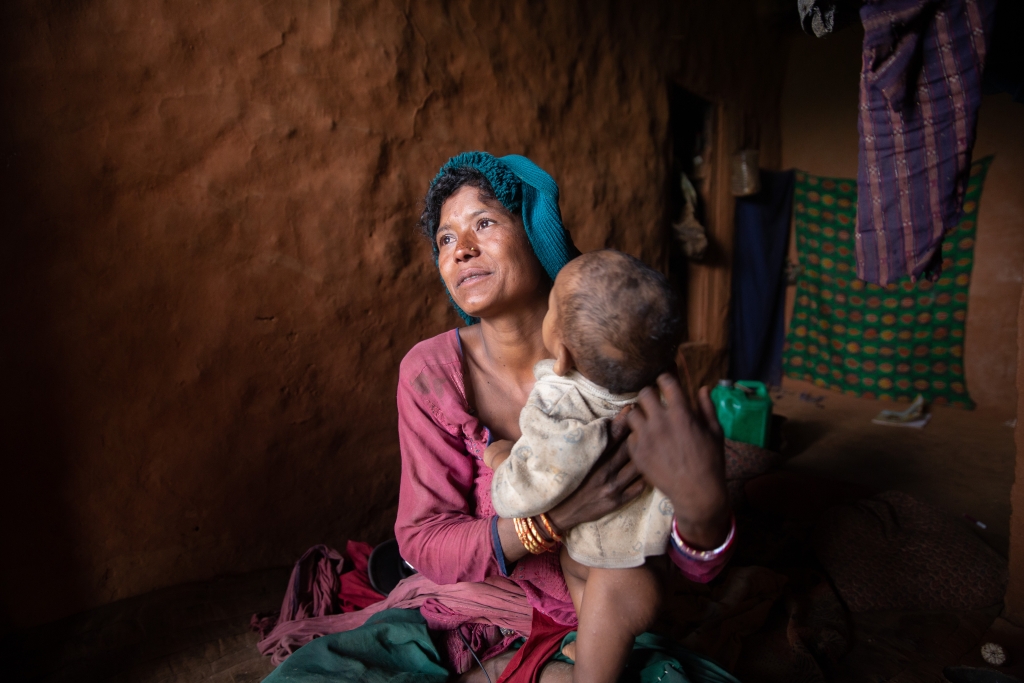 Tulsi with her youngest son who is suffering from congenital cataracts. (Image: Urmila Tamang / Aawaaj News)

The miraculous journey started when Surkhet Eye Hospital, who had screened to identify the family of needless blindness made a call to the Tej Kohli & Ruit Foundation, a partnership between Nepal’s God of Sight Dr Ruit and British investor and philanthropist Mr Kohli to cure between 300,000 – 500,000 of needless blindness by 2030. With their NGO, the founders aim to contribute towards the Number One United Nations Sustainable Development Goal to end Extreme Poverty everywhere by curing communities of needless blindness.

The family lives in the remote hills of Jajarkot District, where more than 50% of the district lives below poverty line. The school in the village is a very basic facility. It does not have provisions for the visually impaired. Bindu and Binita attend the same class as their peers, however, they are left behind due to their blindness. 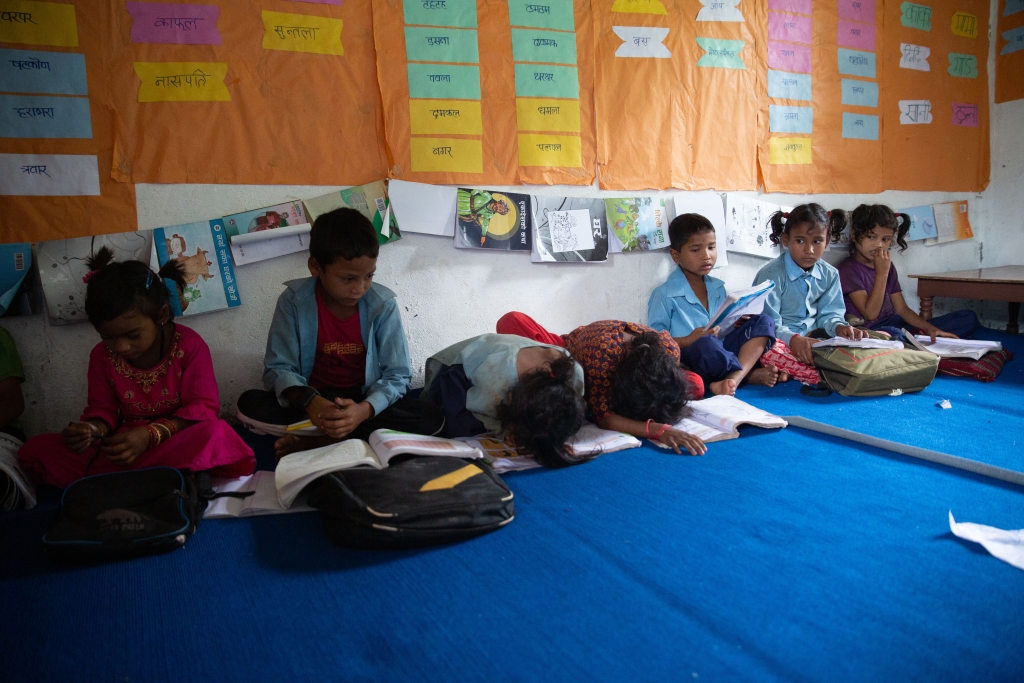 Bindu and Binita attend the same school as their peers, however, they are left behind due to their blindness. (Image: Urmila Tamang / Tej Kohli & Ruit Foundation)

Once school is over, Lalit takes his sisters home. The journey is perilous, and several times the sisters have fallen down and injured themselves. Similarly, the house they live in is dangerous — with no bars or railings to guide them, the blind children could fall at any time.

Furthermore, Lalit, the only child without a visual impairment is also burdened with several household responsibilities. Besides taking care of his blind sisters and brother, he has to fetch water from the communal tap, and has to clean around the house. Every morning he is late for school due to this, and in the evenings he cannot join his friends to play because there is too much to do at home. 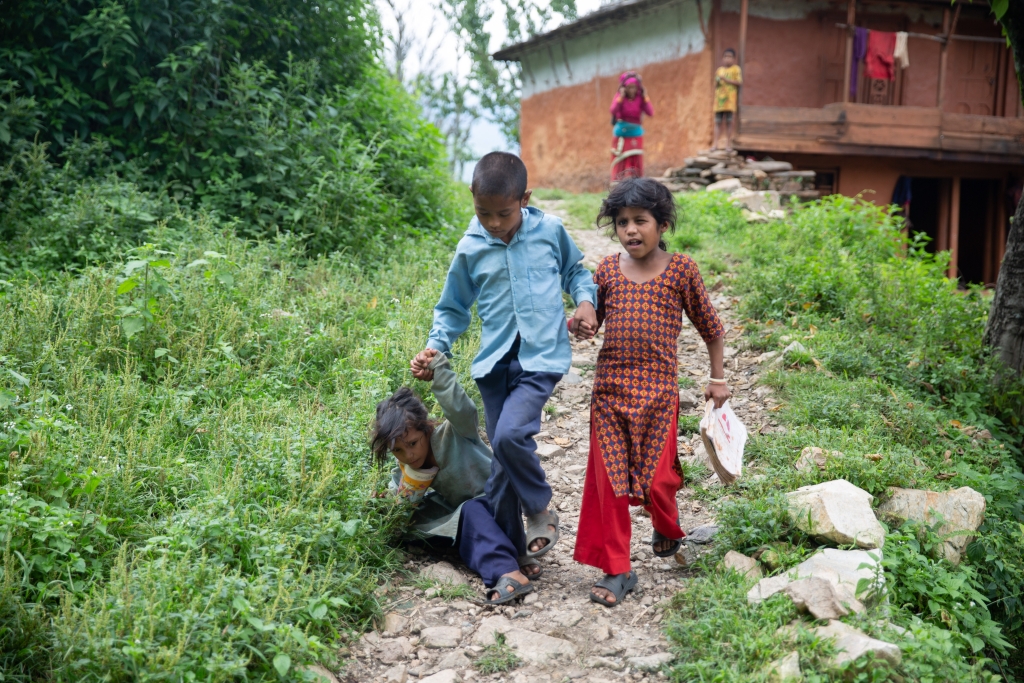 In late August, the family made its way to Kathmandu with a visiting Tej Kohli & Ruit Foundation team, and their surgery was performed by Dr Rojita Parajuli in Kathmandu. Their surgeries was a success, but there is a catch:

According to Dr Rojita, congenital cataracts have to be identified and treated early. In the case of the three children, Bindu and Binita’s post-surgery vision will not be as clear as Nabin’s, because they have lived with cataracts for a longer period of time. Even Nabin’s surgery should have performed earlier, as per Dr Rojita. Their surgeries could still be considered a success, because they won’t have to become dependent upon others and will be able to pursue their education, however not as perfect as someone who does not live with a visual impairment. Dr. Rojita suggests incorporating eye-screening during vaccination camps to identify cataracts early, however, in remote districts like Jajarkot, that is a far-cry. 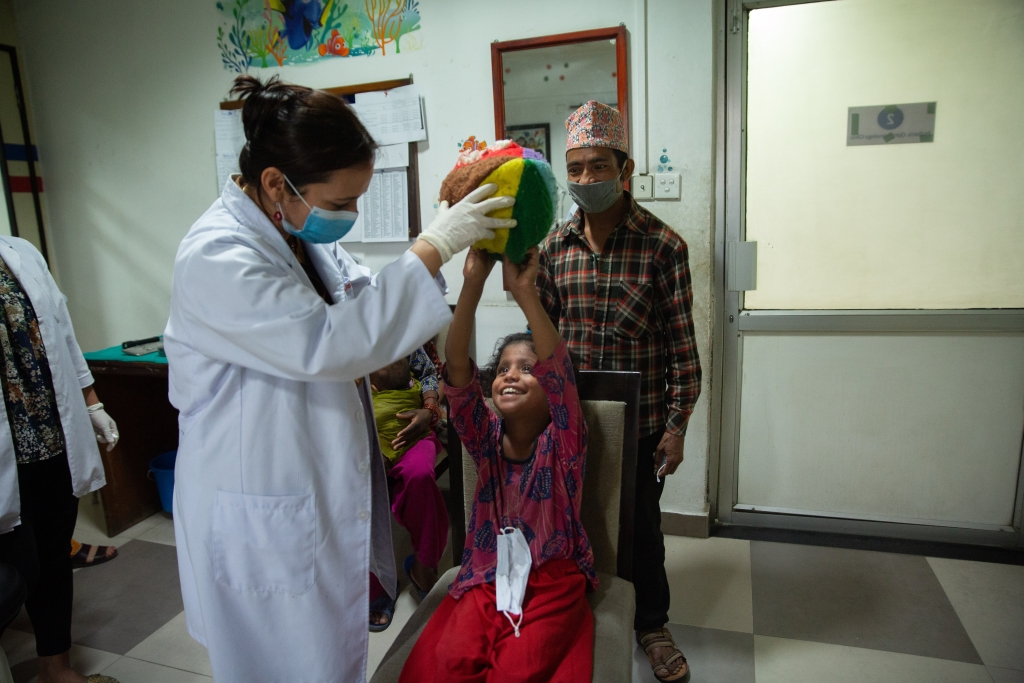 The family has since returned home, and their sight restoration journey continues, as they will have to make yearly follow-up trips to the eye hospital. However, for this, they can make an 8 hour journey to Surkhet, and will not have to come all the way to the big city. 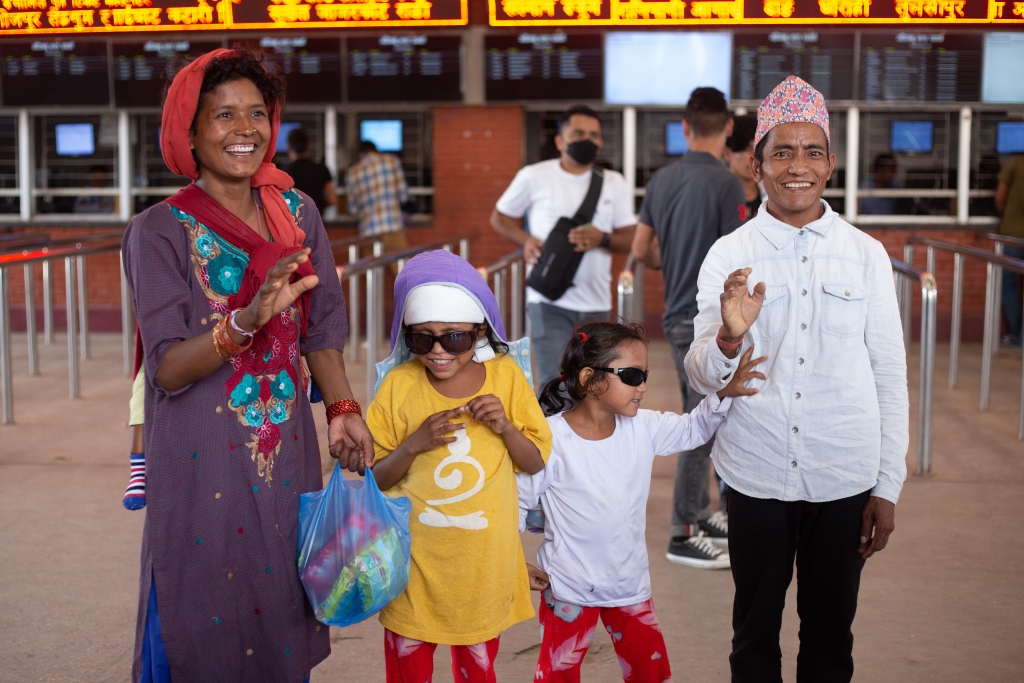