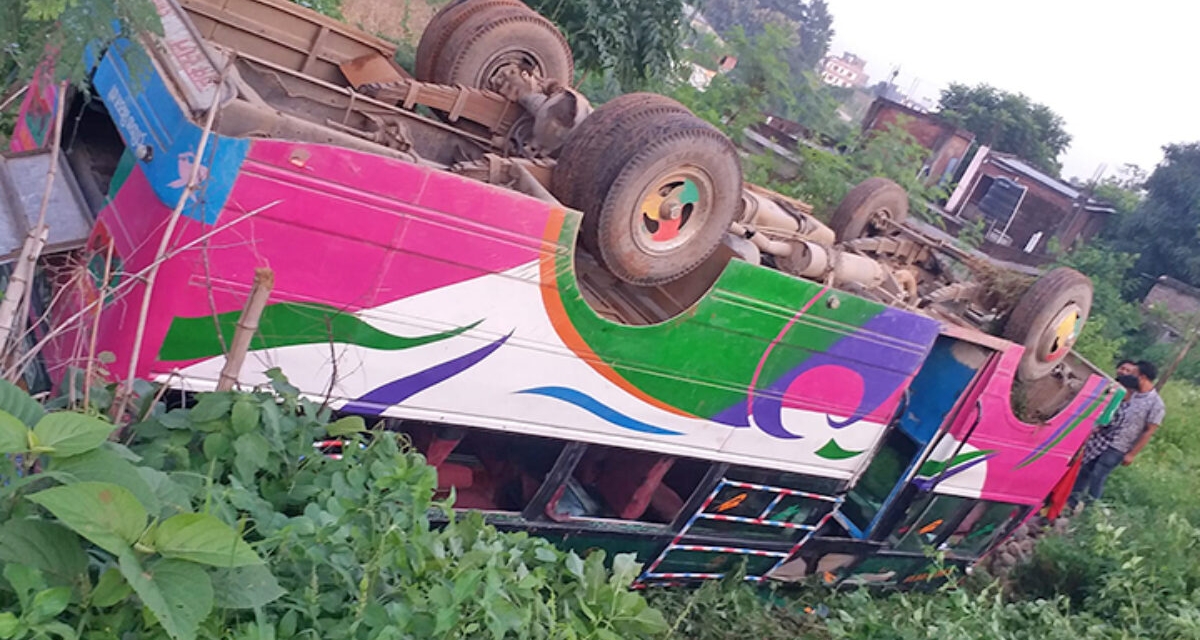 As many as 22 people were injured in the bus accident at Ghorahi-Lamahi road section in Dang.

According to spokesperson of the District Police Office DSP Rajan Kumar Gautam, the bus (Ra. 1 Kha 1845) collided at the downhill road of the Chaupatta, Ghorahi Sub-Metropolitan City-3 due to failure of the brakes.

The injured are undergoing treatment at Rapti Academy of Health Sciences, Ghorahi.

Meanwhile, another bus heading to Khotang district from Kathmandu with 32 passengers caught fire after the overheated engine sparked a flame.

No human casualties were reported, however, the vehicle and belongings of the passengers perished in the fire.

Similarly, two people died and eight were injured in a truck accident at Dhading, after a truck skidded off the road and overturned.

The truck, with market stall materials, was heading to set up stalls for a fair, targeting Dashain festival.