Lalitpur Metropolitan City is administering the second dose of Covishield vaccine to the elderly city dwellers from today. The vaccination drive kicked off at 10 am and will continue till 4 pm.

The second dose is being administered to 2,220 senior citizens above 75 years of age along with 2,500 others including people’s representatives, employees and healthcare volunteers. 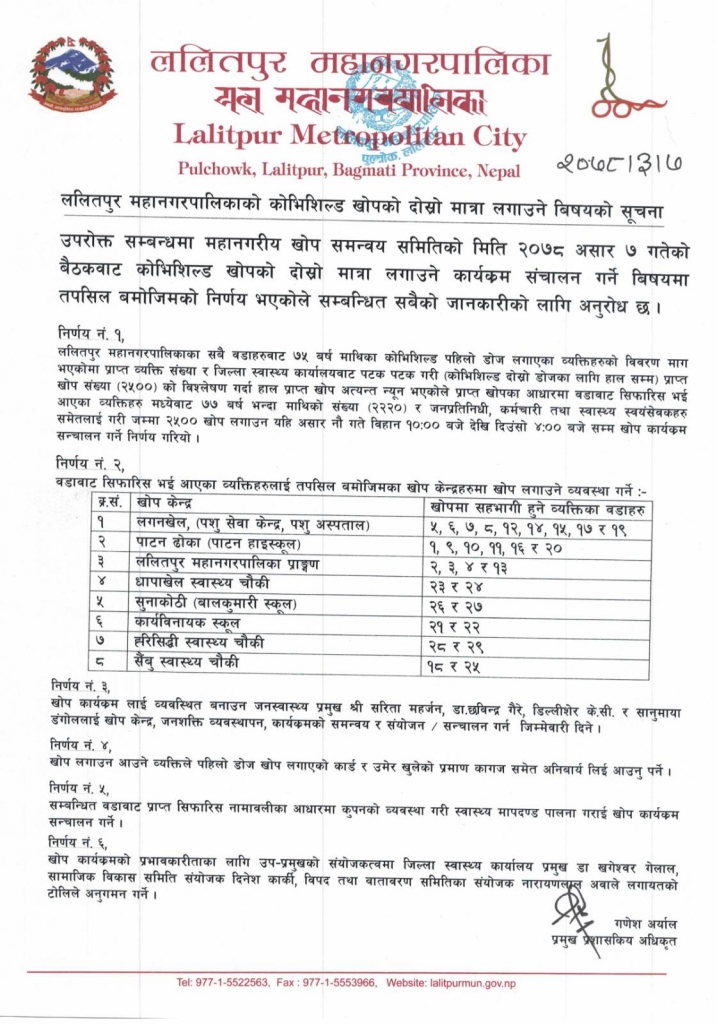 According to Jhalak Gautam, chief of child health and immunisation section, Family Welfare Division, the government has a stock of about one lakh doses of Covishield.

Elderly citizens above the age of 65 had received their first dose of Covishield in March.

The country’s vaccination drive has been moving at snail’s pace as the government failed to secure vaccines and after the Serum Institute of India expressed its inability to supply one million doses of the vaccine that Nepal had procured from the company for the time being in view of the increasing infection rate in India.

Except for the vaccines provided as grant by China and India, Nepal government has failed to secure any jabs.

China and India jostle for influence in Nepal, a natural buffer between the Asian giants, and both have been giving away COVID-19 vaccines as part of a diplomatic push to strengthen ties with neighbors and countries further afield.