As many as eight people held in custody for their alleged involvement in re-labelling expired food products and other Fast Moving Consumer Goods (FMCG) have been released on bail.

On Thursday, a joint team of Nepal Police and the Department of Commerce, Supply and Consumer Protection Management had raided three warehouses in Kalanki and Bafal. The raid team found that several expired food products, including instant drinks, chocolate bars, and other FMCGs, were being illegally re-labelled.

Police had arrested nine individuals, including Director of Ayan Distributors Private Limited Pushpa Devi Agrawal, for their alleged involvement in the illegal re-labelling.

According to Netra Prasad Subedi, Managing Director of Department of Commerce, Supply and Consumer Protection Management, eight of the nine arrested have been released as of Sunday. He also confirmed that Pushpa Devi Agrawal was required to post a bail of Rs 10 million, and was released on a general court date.

Raunak Brotha, an Indian citizen, has yet to be released and an investigation by the Department into his as well as other people’s involvement in the illegal task is underway. 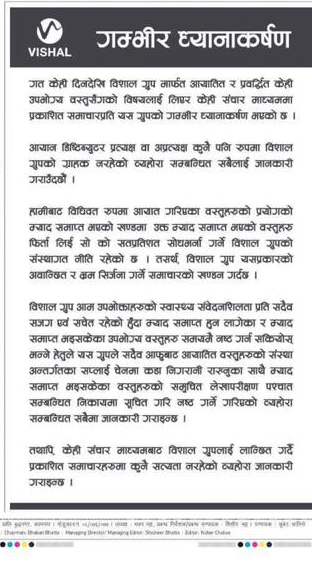 Clarity on “why Ayan Distributors were re-labelling expired products despite importer’s policies dictating safe disposal of products” has yet to be furnished. It is also important to note here that Ronak Bothra, the arrested Indian national in connection to the racket, is an employee of United Distributors Nepal. According to his LinkedIn profile, Bothra is the Business Development Manager of the United Distributors Nepal which is a part of Vishal Group Conglomerate.

Department of Commerce MD Subedi said that an investigation into the case was ongoing, and everyone found involved in the racket will be charged for their wrongdoings. 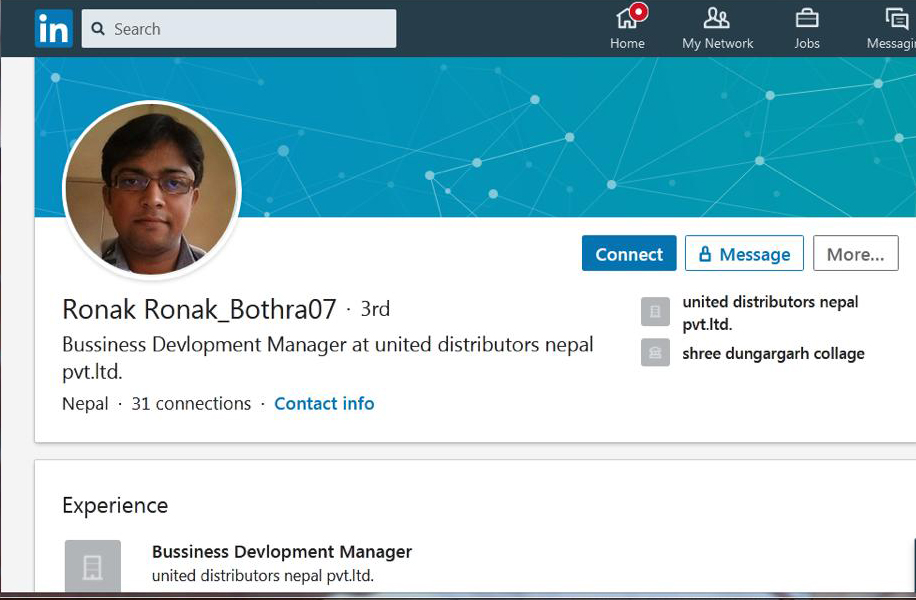 Chief District Officer of Kathmandu, Janak Raj Dahal, highlighting the absence of ethics and morals while indulging in activities that are detrimental to public health, said that he will ensure those guilty will be charged.

Since the illegal task came to light on Thursday, general public have expressed shock, anger, and frustration on the matter. “How are we to trust other products in the market when we hear reports that people would go to the extent of re-labelling expired food products?” MS Sharma, a resident of Kathmandu said.

Many have also highlighted the lack of empathy amongst people involved in such practices owing to the total disregard for public health. “Bournvita, chocolates, and Oreos are something we feed our children. Who is to say how many times I may have fed children an expired chocolate bar?” Sharma added.

The news report has been shared in collaboration with Nepal Samaya. Comments of the above were recorded by Nepal Samaya, and have been shared with Aawaaj News in the interest of responsible journalism towards public awareness.