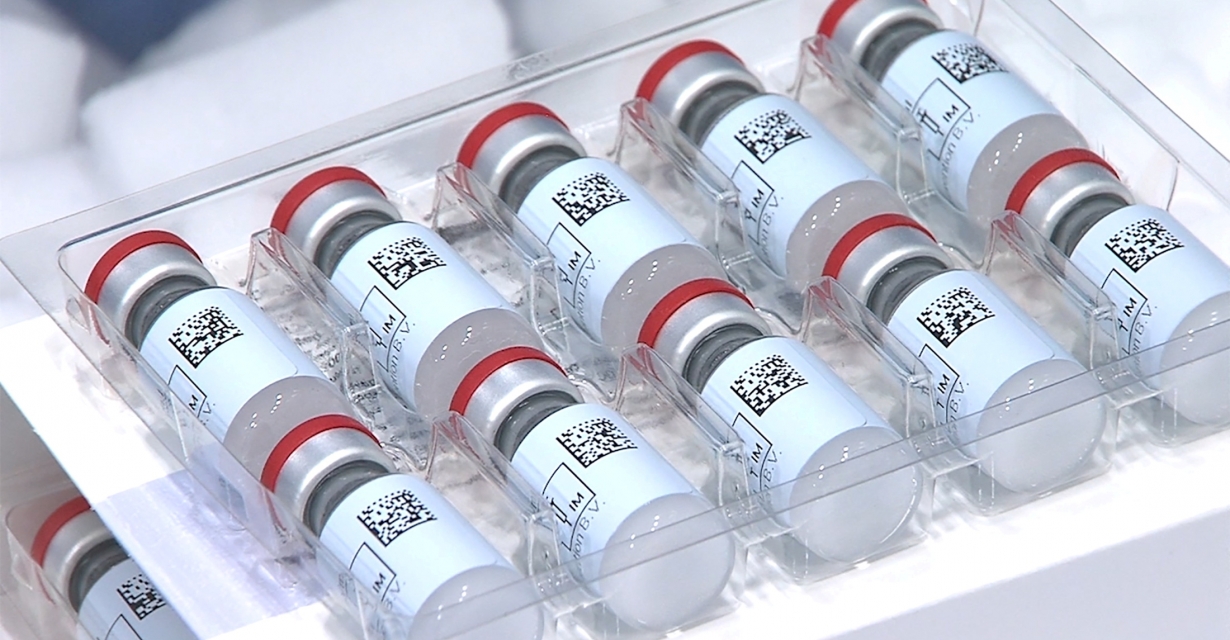 The U.S. government on Saturday authorized Johnson & Johnson’s single-dose COVID-19 vaccine, enabling millions more Americans to be vaccinated in the coming weeks and setting the vaccine up for additional approvals around the world.

The J&J vaccine is the third authorized in the United States, following ones from Pfizer/BioNTech and Moderna, both of which require two doses.

The U.S. Food and Drug Administration announced the emergency use authorization of the J&J vaccine for adults aged 18 and older following Friday’s unanimous endorsement by the agency’s panel of outside experts. Shipments to vaccination sites are expected to begin Sunday or Monday.

President Joe Biden hailed the move but cautioned Americans against celebrating too soon. “Things are still likely to get worse again as new variants spread,” he said in a statement, urging people to continue washing their hands, wearing masks, and maintaining social distancing.

“There is light at the end of the tunnel, but we cannot let our guard down now or assume that victory is inevitable,” he said.

Both the Pfizer and Moderna vaccines, which are based on new messenger RNA technology, showed higher efficacy rates in pivotal trials that used two doses versus J&J’s single-shot vaccine. Direct comparison, however, is difficult because the trials had different goals and J&J’s was conducted while more contagious new variants of the virus were circulating.

“We believe that people should take the vaccine they are able to access,” the FDA’s acting commissioner, Dr. Janet Woodcock, said in a call after the authorization, noting the three vaccines had not been studied head-to-head.

“We feel that each of these vaccines will be effective, will prevent hospitalization, deaths and should be used,” she said.

In J&J’s 44,000-person global trial, the vaccine was found to be 66% effective at preventing moderate-to-severe COVID-19 four weeks after inoculation. It was 100% effective in preventing hospitalization and death due to the virus.

There were very few serious side effects reported in the trial, which also offered preliminary evidence that the vaccine reduced asymptomatic infections.

More study is expected. The FDA on Saturday dismissed the idea that evidence proved the vaccine prevented transmission between people and added there was no data to determine how long the vaccine’s protection lasted.

J&J’s vaccine is expected to be used widely around the globe because it can be shipped and stored at normal refrigerator temperatures, making distribution easier than for the Pfizer/BioNTech SE and Moderna vaccines, which must be shipped frozen.

“It potentially could play a very substantial role if we have enough doses because it’s only a single-dose vaccine and that will make it attractive to people who are difficult to reach,” said Dr. William Schaffner, an infectious disease expert at Vanderbilt University Medical Center in Nashville. “It’s one and done.”

“We are ready to roll it out,” White House senior adviser Andy Slavitt wrote on Twitter after the authorization. Johnson & Johnson said it had begun shipping vaccines to the government.

J&J plans to provide a total of 20 million doses by the end of March, which along with the more than 220 million total doses expected from Pfizer and Moderna would be enough to fully vaccinate 130 million Americans.

So far, the United States has distributed more than 90 million doses of COVID-19 vaccines, some of which have been used for second shots. About 14% of Americans have received at least one dose, according to U.S. government data.

COVID-19 has claimed more than half a million lives in the United States, and states are clamoring for more doses to stem cases, hospitalizations, and deaths.

Public health officials have warned about a rise in the prevalence of more contagious variants of the virus, adding to the urgency to get millions more people vaccinated as quickly as possible. Meanwhile, they said, mask wearing and other measures to curb the virus spread should remain in place as recent declines in COVID-19 cases appear to be leveling off.

The J&J vaccine is also under review by the European Union, where deliveries are expected starting in April and would build on the region’s thin supplies of the Pfizer/BioNTech, Moderna and AstraZeneca Plc shots.

In South Africa, regulators were awaiting the FDA decision as their government looks to deploy more J&J vaccine against a variant of the virus called B.1.351 that is able to evade some vaccine protection.

J&J’s vaccine is being rolled out there prior to official authorization for about 500,000 healthcare workers in a bid to stem infections from the variant, which has swept across the country and spread globally, including to the United States.

The vaccine is one of the few that has been tested in clinical trials against the variant and had a 64% efficacy rate at preventing moderate-to-severe disease in South Africa.

J&J said on Friday that the company was developing a second-generation vaccine that would target the concerning South African variant, and it will be ready to start Phase I trials by this summer.

J&J’s vaccine uses a common cold virus known as adenovirus type 26 to introduce coronavirus proteins into cells in the body and trigger an immune response. J&J is testing a two-dose version of its vaccine, with results expected this summer.