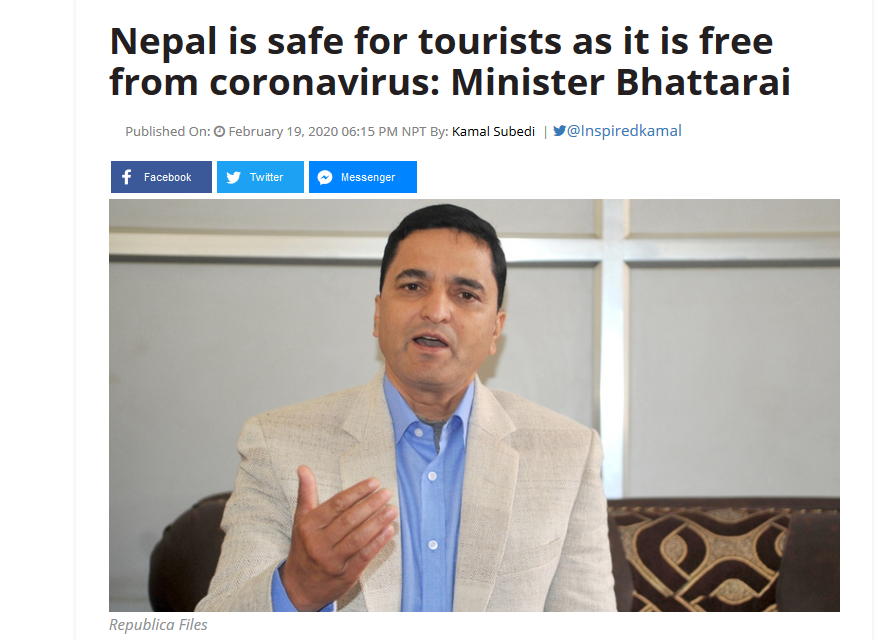 Minister of Culture, Tourism and Civil Aviation Yogesh Bhattarai has tested positive for COVID-19, while ruling Nepal Communist Party’s (NCP) whip Shanta Chaudhary has been transferred to Intensive Care Unit at Bir Hospital after suffering complications due to COVID-19.

Minister Bhattarai revealed that he tested positive for the virus through his official Facebook handle on Saturday evening. “I had felt minor fever last evening. So, I underwent test for coronavirus, the result just came positive,” the minister posted on his Facebook page.

He is said to have been staying in home isolation and feeling normal for the time being.

Minister Bhattarai had recently visited different districts of Sudurpaschim Province to inaugurate three domestic airports where he addressed large groups of people and was seen without a mask most of the time.

Bhattarai had described Nepal as a coronavirus-free country in February, a month after Nepal reported its first COVID-19 case, in a bid to promote tourism. 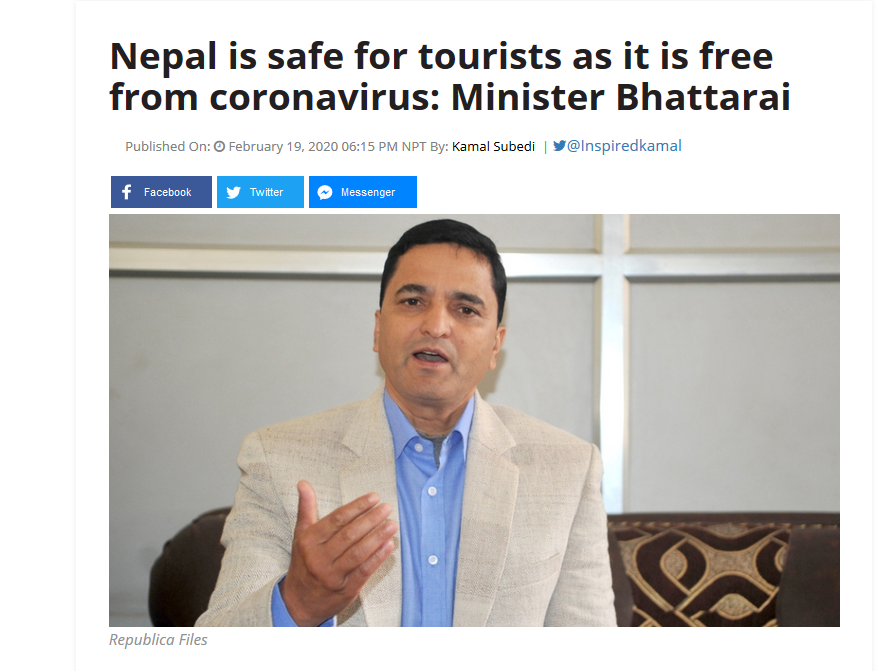 A screengrab from @myrepublica

“She is out of danger and like any other patient has only mild symptoms,” informed Kedar Century Director of Bir Hospital.