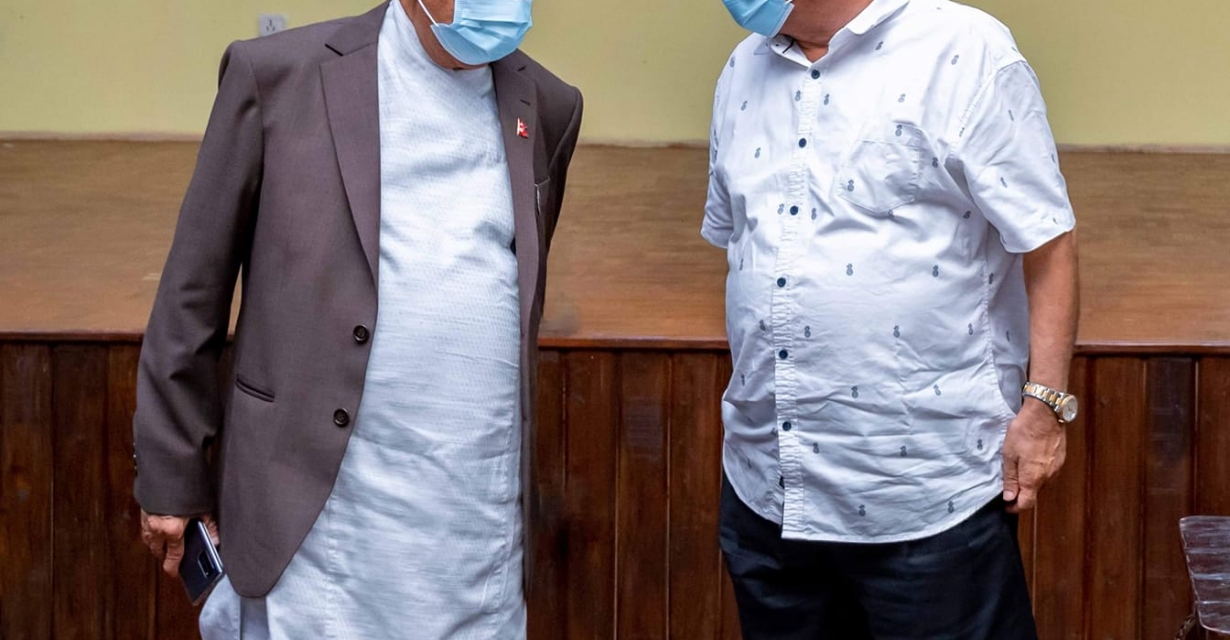 The COVID-19 national death toll which stood at 40 until July 21, the day the government ended national lockdown imposed on March 24, reached 1,052 on Thursday. The government has, however, stopped providing free test, treatment and halted contact tracing.

While Bangladesh signed a deal with the Serum Institute of India on Thursday to buy 30 million doses of a potential coronavirus vaccine being developed by British drugmaker AstraZeneca, Nepal Government is struggling in the race to save its citizens as the top leaders remain busy negotiating power-sharing.

Prime Minister as well as ruling party co-chair KP Sharma Oli and another co-chair Pushpa Kamal Dahal have been washing their dirty laundry in public as the two sexagenarian fight for power grab amid a pandemic.

Implementation of crucial bills along with criticisms, response and recommendations from lawmakers have remained pending for the past four months after the President, on PM Oli’s recommendation, prorogued the House session on July 2.

The move was followed by intense pressure on PM Oli from within his own party to resign both as prime minister and party chair.

Bangladesh was in talks with development partners, including the World Bank and the Asian Development Bank, to secure funds for the vaccine. Meanwhile in Nepal, 16 doctors deployed in the country’s most reputed state-run hospital, Bir Hospital, resigned en masse on Wednesday because the hospital administration refused to provide them with basic protective gears and risk allowance.

Situation so dire that people have stopped getting tested; isolation and quarantine centers are running empty; and death rate has spiked as the public are unable to afford the cost for test and treatment.

Sushil Khanal, executive director of Sarvanga Hospital, informed that the isolation center capable of accommodating 417 patients being run under the hospital’s supervision had only 14 COVID-19 patients at the moment as the patients are required to pay Rs 2,000 a day.

“Although more than 1,500 persons test positive for COVID-19 each day in Kathmandu, the number of people coming to live in isolation has drastically slumped after the government’s decision to make the pay for treatment,” said Khanal.

Similarly, the isolation center at Manmohan Hospital in Dahachowk, where more than 100 infected people used to be admitted daily, has been empty since Tuesday. “We have stopped accepting admissions as we have not received any grant from the government,” said Bhuvan Khakurel, a hospital staffer.

To add to its lackadaisical role, Spokesperson for the Ministry of Health and Population Dr Jageshwar Gautam on October 28 announced that the government’s daily media briefing of COVID-19 caseload would aired only twice a week, on Sundays and Wednesdays.

Though the details are still updated daily on the Ministry’s website, Facebook, Twitter and Viber, the reach of social media is certainly lower in rural areas and among elderly population.

Lack of response, rolling out of responsibilities, not heeding to experts’ advices, indifference to people’s woes, and sheer incompetence as well as ignorance on the government’s part amid a global pandemic, which has brought the world to its knees, are certain to make an irrevocable impact on public health as well national economy.