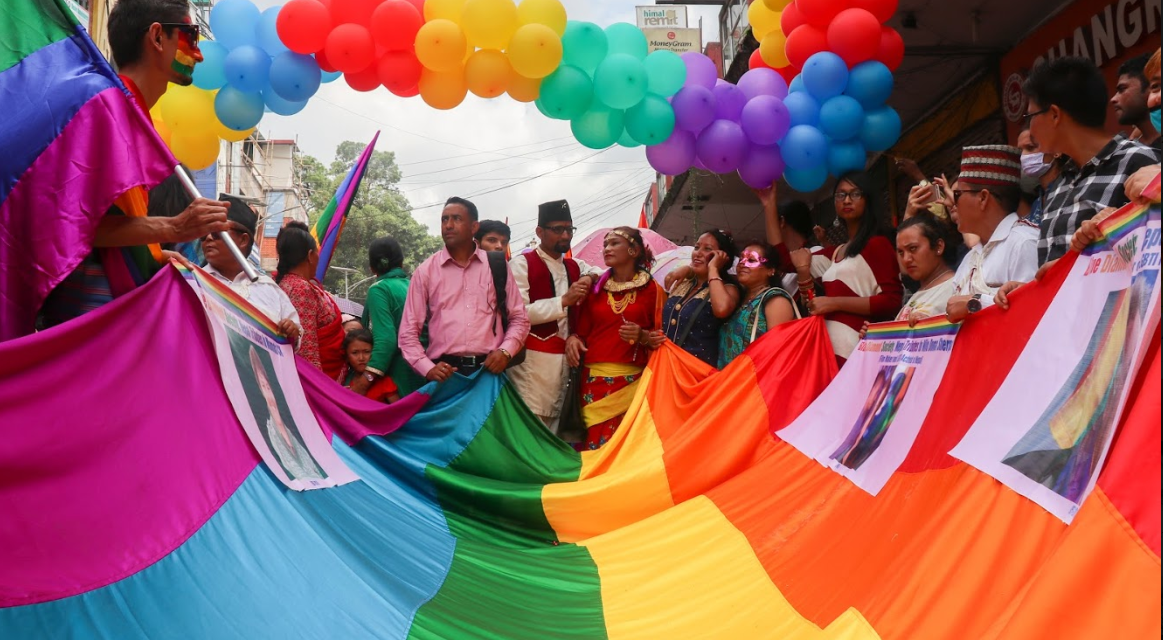 The Central Bureau of Statistics has decided to incorporate ‘third gender’ option in its 2021 census questionnaire.
The decision comes after consultation with the LGBTI (Lesbian, gay, bisexual, transgender and intersex) community. The bureau believes that this would help offer the exact number of LGBTIs in the country. “We have decided to include the questionnaire referring to LGBTI. Now, the questionnaire will include male, female and others to identify the sexes in a household,” said Dhundiraj Lamichhane, director at the bureau.
Earlier, the bureau had prepared 70 questions excluding the LGBTIs, arguing that it would be difficult to get information about the third gender in a family because the bureau usually records the responses from the main person in a household who may be reluctant to open up on third gender family members.
While the LGBTI community in Nepal itself has no data on its population, some studies suggest that around 8-10 percent of the total population identifies as LGBTI.
Incorporating third gender in the census is expected to set a precedent and to facilitate the government’s efforts to identify sexes and recognize sexual minorities within the definition of minorities.
The bureau has said that it would be conducting a pilot census in 14 districts, two districts each from every province, in March.
The selected districts include Panchathar and Morang from Province 1; Parsa and Dhanusha from Province 2; Kathmandu and Makawanpur from Province 3; Kaski and Baglung from Gandaki Province; Rupandehi and Pyuthan from Province 5; Surkhet and Jumla from Karnali Province; and Dhangadhi and Darchula from Sudurpaschim Province.
The 2021 census is scheduled to be conducted from June 7 to June 21 next year.