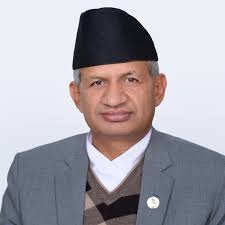 Minister of Foreign Affairs, Pradeep Kumar Gyawali said the talk of government change is baseless. Minister Gyawali said this while addressing a programme organised to hand over a polymerase chain reaction machines to Resunga Municipality in Tamghas today.

The PCR machine was handed over to the municipality for the prevention and control of COVID-19 in Gulmi district. On the occasion, the minister, who is also the standing committee member of the ruling Nepal Communist Party (NCP) said, “If anyone has thought that there would be a revolt in the NCP and the party will meet with an accident, the thought will never materialise.”

Stating that NCP’s unity was linked to many issues like the country’s constitution, democratic system, national unity and the struggle for national dignity, he said the present government was capable of fulfilling the people’s mandate.

Minister Gyawali said current priority of the government is tackling unemployment and managing foreign returnees. Its other priorities include repatriating the territory included in the recently updated political and administrative map of the country, making the economy stronger and bringing prosperity and happiness to people.

He reiterated that success has been achieved in the fight against the COVID-19. He underscored the need for the three tiers of the government to work together for better preparedness to control the pandemic. The machine was handed over to Mayor of Resunga Municipality, Dilli Raj Bhusal.