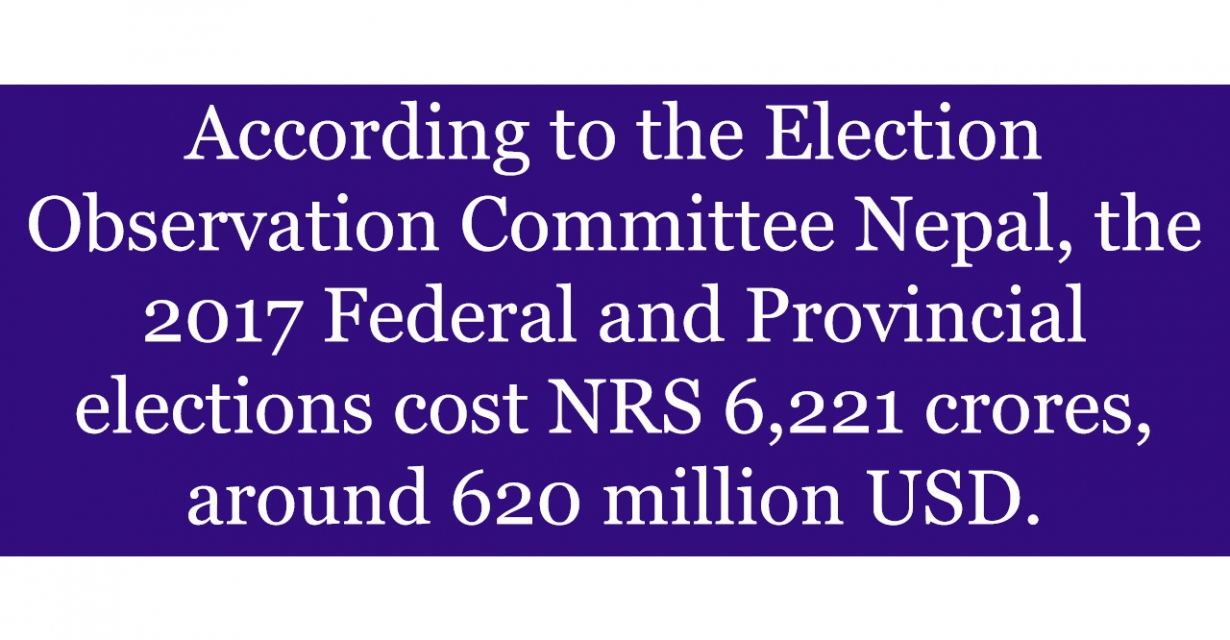 As the nation and economy takes a beating at the hands of the COVID-19 pandemic, the Ministry of Finance (MoF) saw some relief due to the recent momentum in economic activities and increase in revenue collection.

However, with the dissolution of the House of Representatives on Sunday and the announcement of fresh mid-term elections next year, MoF is reeling under pressure to raise funds for the polls amid a pandemic while the country grapples with challenges to import COVID-19 vaccines.

According to the Election Commission and the MoF, at least Rs 12 billion will be required from the state coffers for the new election.

An estimated Rs 6,221 crores was spent for the 2017 Provincial and Federal elections, according to the Election Observation Committee Nepal. The Election Commission alone incurred the cost of Rs 7.20 billion. Around Rs 10 billion was spent from the state coffers for security mobilization during the elections.

Chief Commissioner Thapaliya reportedly dismissed the concerns and said that if the election was held on the same day instead of two days, the expenditure could be reduced.

Following the discussion, Prime Minister KP Sharma Oli called a meeting with the security chiefs to discuss if the election can be held on the same day.

Even if the costs are cut down, the budget for the current fiscal year presented by former finance minister Yubaraj Khatiwada has not allocated any funds for an election. Hence, additional strain to the already suffering national coffers and economy.

Finance Minister Bishnu Poudel has informed that he will begin his homework on where to manage the financial resources from.

According to the Office of the Comptroller and Auditor General, the revenue and grants received by the government till Saturday evening is Rs 337.62 billion while the expenditure stands at Rs 339.82 billion.

The increased expenses are being utilized from loans and last year’s balance sheet.

According to an official of the Rastriya Bank, around Rs 30 billion from last year is unspent and that will be the budget for the upcoming election. But, if that money is used, the state will not have enough money to spend for COVID-19 vaccines.