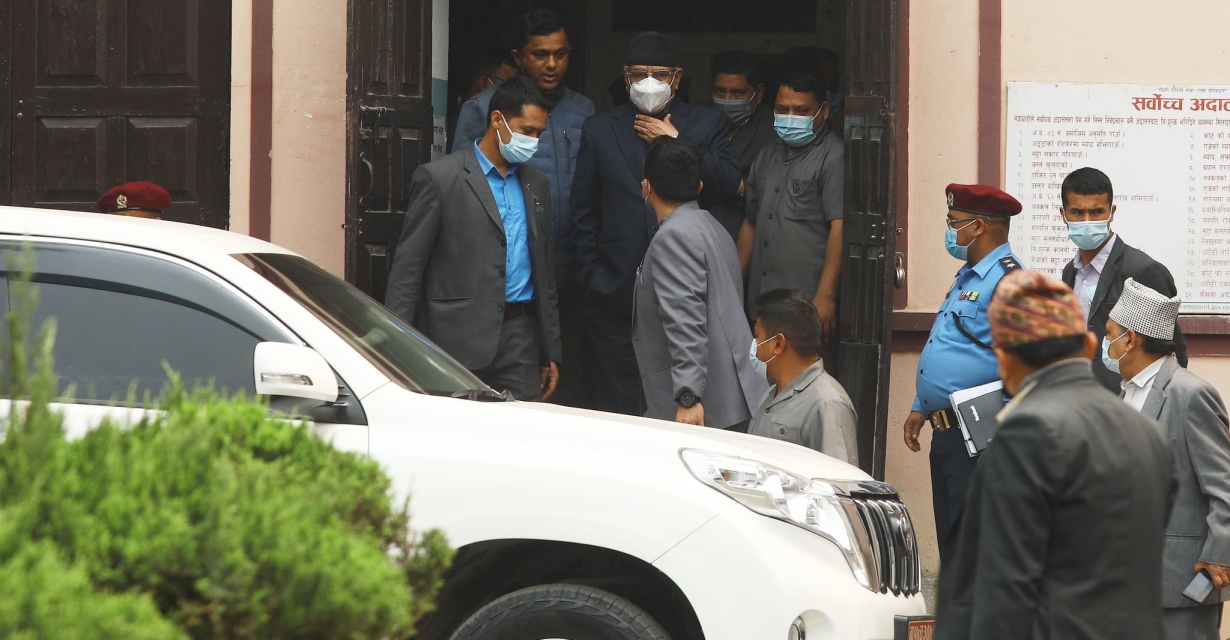 The Supreme Court has refused to review the petition registered by Chairperson of CPN-Maoist Centre (CPN-MC) Pushpa Kamal Dahal to review its decision that had nullified the unification between CPN-UML and CPN-MC on March 7 verdict.

A full court comprising Chief Justice Cholendra Shumsher Rana, Justices Tej Bahadur KC and Prakash Kumar Dhungana on Thursday ordered that its verdict on March 7 will not be reviewed.

CPN-MC chair Dahal had on March 30 filed a review petition against the Supreme Court’s verdict that invalidated the unification between the erstwhile CPN-UML and CPN-MC.

A division bench of justices Bam Kumar Shrestha and Kumar Regmi had on March 7 decided to accord the name ‘Nepal Communist Party’ to Rishi Ram Kattel-led party and effectively nullified the 2018-unification between the UML and CPN-MC.