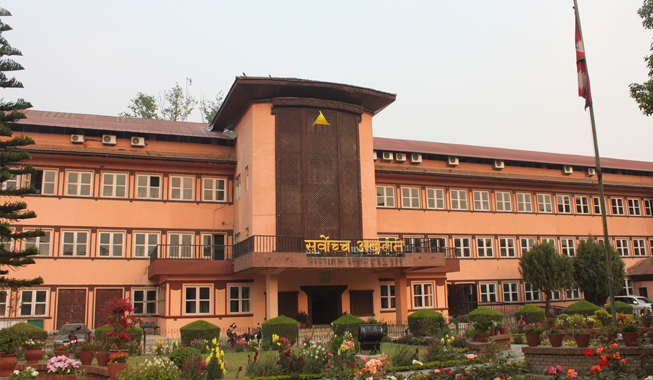 The Supreme Court today decided to send all the writ petitions filed against the government’s move of Parliament dissolution to the five-member Constitutional bench.

A single bench of Chief Justice Cholendra Shamsher JB Rana made the decision after hearing all 12 petitions.

Now, the petitions will be heard by the Constitutional bench from Friday.

Shortly after the hearing, Chief Justice Rana left to attend a program, also being attended by Prime Minister KP Sharma Oli, to inaugurate a new building of the Attorney General’s Office.

A total of 12 petitions were filed on Monday arguing that the prime minister does not have the power to dissolve the House of Representatives and his recommendation to do so on Sunday was unconstitutional.