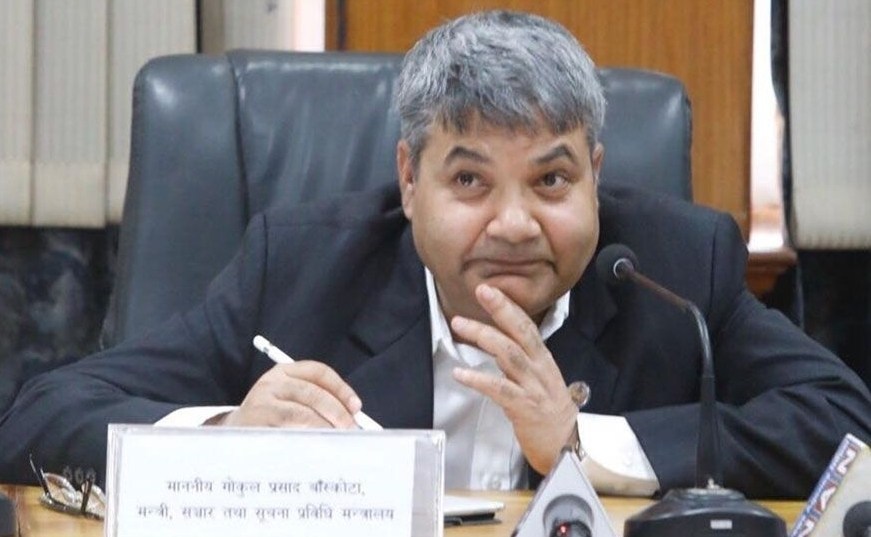 Some controversial remarks made by Gokul Baskota over the years
Read Time: 5 minutes

Gokul Baskota resigned as the Minister for Communication and Information Technology following the leak of an audio clip wherein he is heard to be bargaining for commission in the process of establishing the security printing press.

If not for anything else, Baskota during his stint as Communication Minister was known for making outrageous remarks towards the general public as well as the media.

Even Prime Minister KP Sharma Oli, on several occasions, had bragged that the critics of his government would shut their mouths once they faced Baskota since the latter fiercely defended every controversial bill the government has tabled or passed—from the Media Council Bill, Guthi Bill to Special Services Bill.

Baskota, not unlike Oli, used to regularly trend on social media platforms for his arrogant outbursts. Baskota along with Oli have persistently slammed the public as well as the media for not seeing the good works executed by the incumbent government.